It is the time for homecomings, familiar faces, and good byes in episode nine of BBC America’s Orphan Black, entitled The Mitigation of Competition. Orphan Black is known for bringing old and new faces back to tie in the story. While some members of Project Leda are forced to work together for a greater good, others clash in deciding what best benefits their health. 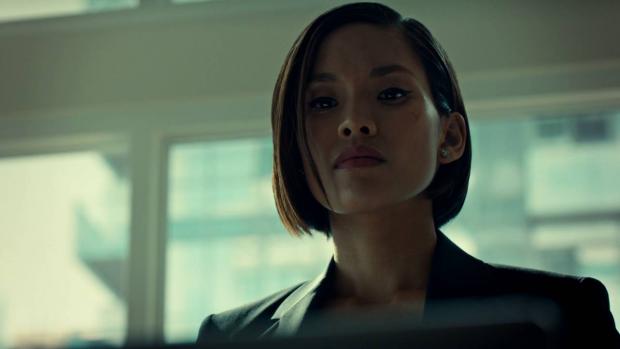 Sarah and Felix are reluctant to work together with Rachel as they struggle to find the only two other people that are able to help find a cure. It is Sarah, Rachel, Ira, and Felix against Evie Cho, and the odds may not be as favorable as Sarah first imagined. One of the two women that escaped Brightborn’s facility is found by Art and Sarah, but since Rachel’s patience starts to dwindle, she asks Ira to take matters into his own hands. Desperate, Sarah tries to find Ira and Rachel, but when they do, Rachel surprises them by how she is getting rid of Evie once and for all; Evie Cho is revealed to the world as the opportunist she is and it is all thanks to Rachel. Cosima has a one-on-one with Susan as they work together to find the cure. Susan believes in one thing, but Cosima is not happy to hear about Susan’s thoughts; two minds clashing together to find both a Castor and Leda cure.

Donnie is released from prison and has desperate needs for Alison, including sex and dirty laundry. Alison keeps feeling guilty for everything she has done and asks God for guidance. Her solution: travel away until things subside in her town. As Donnie and Alison get ready, Donnie goes downstairs and is once again in the hands of a man trying to kill him. Alison sees the man and is tied down as well. She may not be as lucky as the man works for Neolution and wants information on Duko’s whereabouts. He will implant a worm bot on Alison’s cheek in ten minutes unless she provides him information about Duko. Just as he finishes counting, Helena arrives with a bow and arrow in her hands, she kills the man just in time and saves the day. This is one of the several familiar faces that appear on this episode, making a long-awaited and much anticipated return. 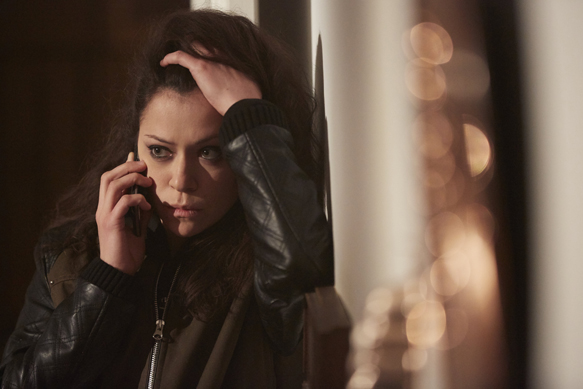 Felix is devastated when he is urged to choose between his family and his biological sister, Adele. When Helena shows up at his door, he has no choice but to tell Adele that Sarah is in fact one of triplets and that Helena and Rachel are both her sisters from different nationality. Felix’s heart breaks as Adele tells him she is leaving town and leaving him with his “real family;” he has no choice but to let her go. Rachel’s visions evolve as she keeps seeing a now dead swan and many men around a fire in what seems like a forest, but later finds out it is the island they are staying on. It seems that the eye she received is now granting her some sort of super vision that lets her see way beyond her reach.

Tatiana Maslany and John Fawcett promised a season of origins. New faces were going to come up and several others were going to give us an understanding of how Project Castor and Leda came to be. Before the season finale next week, the producers made sure to give the fans and Cosima, respectably, some sort of good news about the future. If the season finale tells the audience something, it is that it will go out with a bang. Not only will they tell fans what will finally going to happen to Cosima and the rest of the clones, Krystal comes back and it seems she will be in more trouble than she initially thought she would be. Season four finale, entitled From Dancing Mice to Psychopaths, will air Thursday, June 16, 2016, and as always, it looks like it will make the Clone Club miserable with a bittersweet cliffhanger. CrypticRock gives The Mitigation of Competition 4.5 out of 5 stars. 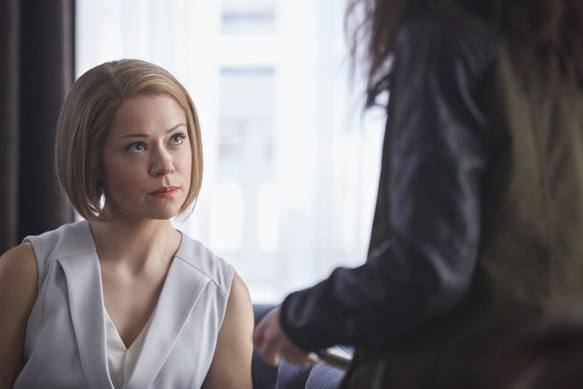