Coming into its second half of the season, BBC America’s Orphan Black aired its sixth episode, titled The Scandal of Altruism, on May 19, 2016. With this episode came a lot of interesting ideas on how the season could possibly end and even more realizations many of the Clone Clubbers went and are still going through. This episode gave viewers a lot of thrills and chills. From an ultimate sacrifice to eminent betrayal, The Scandal of Altruism served its audience with such an unhappy hour and showed us that at this point, no one is safe from Neolution. 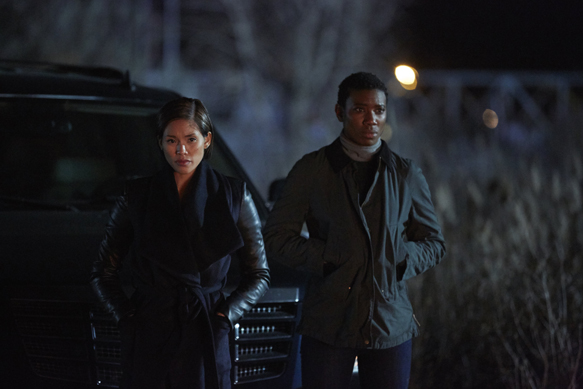 In last week’s episode, the audience saw how Sarah was trying to live a normal life with her daughter losing faith on how to remove the worm bot off her cheek. This week, she and Cosima have to make good with what little options they are given. They reluctantly agree to meet with Susan Duncan in an effort to remove the bot from Sarah’s cheek. Of course, being the mastermind that she is, Cosima has an ace up her sleeve and she is not willing to share that with Susan. Mrs. S also agrees on Cosima’s decision, even after Sarah did not tell her about the whole operation and what its risks were.

Mrs. S feels betrayed by Sarah after learning that her mother is the ace up Cosima’s sleeve and she will be used in exchange for a solution for both Sarah and Cosima’s different, separate problems. Removing the bot from Sarah’s cheek might not be as easy as it sounds. There was an instant suspension of disbelief when the bot started oozing a liquid known to eradicate the person holding the bot, but with Cosima’s help, Sarah gets out of surgery unscathed. 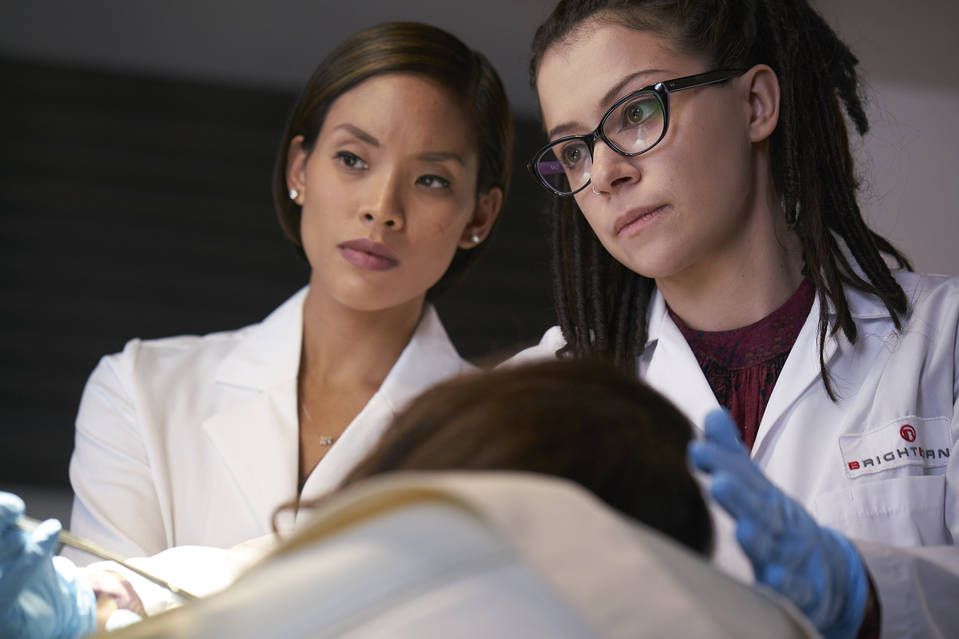 Cosima and Sarah fulfill their end of the bargain, but Evie Cho does not think that the bargain is fair. After the procedure is done, Kendall Malone, Mrs. S’s mother, is kidnapped by what seems to be one of the Castor Club members, but Sarah finds out he has other things in his mind. Back in Felix’s apartment; Sarah destroys what little research Scott had done, telling them this was a trap, that Kendall was gone, and the Castor project was in play too; something Susan forgot to mention too.

Cosima is released but taken to a remote place where Kendall is being held hostage. There, Evie Cho explains to Cosima the importance of her and Kendall and tells her that in order to eradicate any further complications, Kendall will have to die. One of them has to make the ultimate sacrifice while the other has to watch the other die and deliver the tragic news to both Sarah and Mrs. S.  Beth’s flashbacks also answered so many questions, like why she had blood on her hands that day she committed suicide and why she met with Susan Duncan prior to meeting with MK that same day, and it all seems to inter-correlate with the current events.

Elsewhere, Krystal is determined that Neolution is somehow related to a series of crimes involving cosmetic lines and is determined to find out exactly why this is happening and who is behind it. With seconds to spare, Art sees Krystal before someone could recognize on how similar she is to Alison and offers her help. He takes her to his house and asks Felix to come and join Krystal once again and explain why he had to be quiet due to his civil duties. Krystal’s mind is put at ease after she is asked by Felix to go back home and pretend like nothing is happening in order to “solve the crime.” Only four episodes left this season, with The Antisocialism of Sex airing on Thursday, May 26th, it seems that season four of Orphan Black is probably going to be one of the best seasons yet. Fans keep their fingers crossed, they introduce a new Leda clone to further feed the Clone Club’s obsession. CrypticRock gives The Scandal of Altruism 5 out of 5 stars. 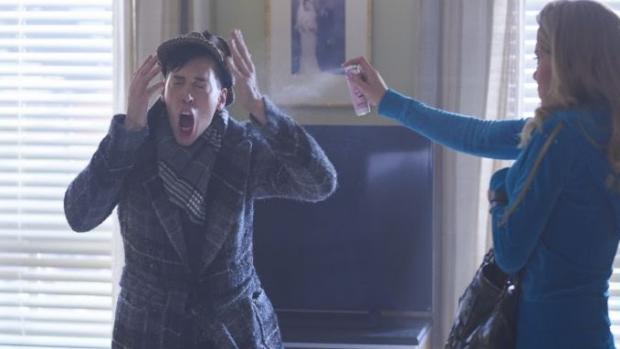