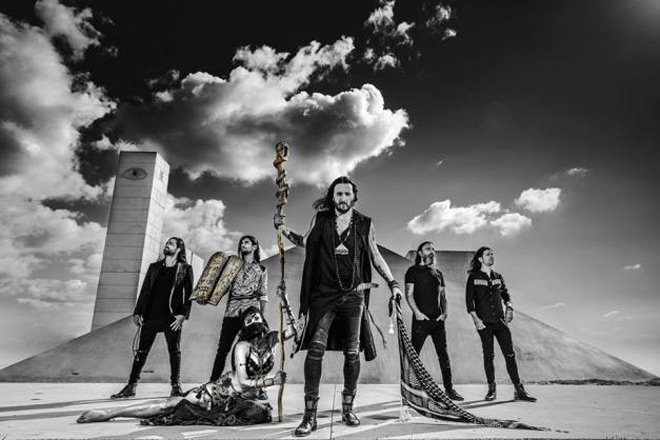 Since the start, Orphaned Land has already a clear vision of its manifesto—“to convey the message of commonality between the three main Abrahamic religions–Judaism, Islam, and Christianity” on a backdrop of Metal music infused with its members’ Middle Eastern musical roots and other Oriental influences. The enduring band is now one of Israel’s prime representatives to the ethnic and exotic world of Global Metal music. This is also due in large part to its inclusion in the 2007 Documentary film Global Metal, which showcased a slew of mostly obscure Metal bands operating in the underground scenes of various Asian, Middle Eastern, and South American countries – places rarely attributed to the genre. Other bands that were featured included Japan’s Sigh (“Me Devil”) and X Japan (“Art of Life”), India’s Demonic Resurrection (“Apocalyptic Dawn”) and Kryptos (“Forgotten Land of Ice”), China’s Tang Dynasty (“Epic”) and Spring & Autumn (“Legend”), and Indonesia’s Siksakubur (“Parade Luka”) and Seringai (“Akselerasi Maksimum”). Undoubtedly, the exposure has made Orphaned Land’s music even more powerful, purposeful, and far-reaching.

To date, Orphaned Land has released five studio albums—from the debut, 1994’s Sahara, to the last one, 2013’s All Is One—and a new one is forthcoming.

Scheduled to grace the shops on January 26, 2018, via Century Media Records, Orphaned Land’s latest, sixth oeuvre, titled Unsung Prophets & Dead Messiahs, has once again captured the essence of the band’s music and ethos. A conceptual album, it opens with the dramatic and cinematic soundscape “The Cave,” whose introductory choral voices and swelling synth melodies swing out slowly and then give way to the burst of guitars, exotic strings, and guttural growls into the sparse, dry sonic desert that the album conjures. Stomps of wooden-footed camels and horses and spiraling crunches of guitars in the form of “We Do Not Resist” then beat the crap out of the listener’s senses, only to sway him again with the slow, relaxing, and reverberating patchwork of undulating strings and woven saz, oud, and bouzouki of “In Propaganda.”

“All Knowing Eye” then comes waltzing in with its grand acoustic glory—ornate strums and plucks from the same exotic stringed instruments uplift this stare-to-the-sky song of praise to the dead messiahs. The Middle Eastern predisposition of “Yedidi” then puts the listener into a proper ethnic musical perspective, preparing him for the ultimate sensory onslaught of the almost-ten-minute epic “Chains Fall to Gravity,” which is a brilliant blend of balladry and symphony. The pace and the grate then turns confrontational with the cacophonous yet mellifluous, thrashy Power Metal angularity of “Like Orpheus.”

The journey continues with “Poets of Prophetic Messianism” – another acoustic-oriented track, but this time Oriental Classical–inspired. The same sonic style is applied on the rather jagged and edgier terrains of “Left Behind” and “My Brother’s Keeper.” The ensuing “Take My Hand” then returns the unsettled listener to Thrash Metal proper, only to shake him into rapture with its filmic interludes of swinging strings, snaking bouzoukis, and distorted guitars.

Another intricately arranged, Symphonic Black Metal–styled track now takes the fully captivated listener near the end of the spiritual sojourn—indeed a privilege, for “Only the Dead Have Seen the End of War.” Finally, Orphaned Land closes its latest pièce de résistance with the comforting, victorious, and heartwarming sound of “The Manifest”…ultimately celebrating in unified harmony all the abandoned land’s unsung prophets and seers and dead messiahs and heroes. 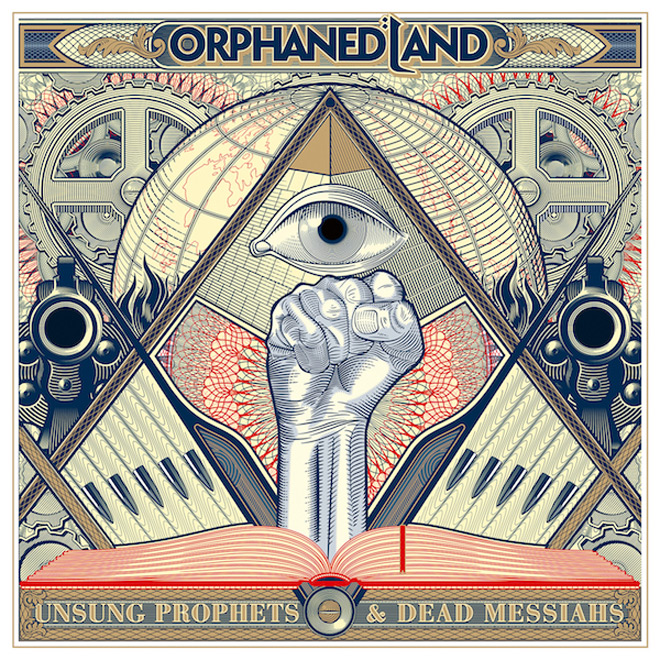