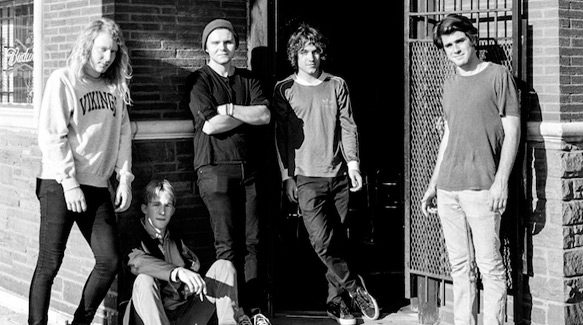 The Orwells are all about the finality of teenage laddishness and the short-lived era of living without (many) consequences. That said, their sound is narcissistic yet self-deprecating, shameless yet curious.

Having first grown into their Alt-Rock niche on their 2014 album Disgraceland, the Chicago five-piece of infectious suburban Garage Rock has come to full fruition in 2017. Incorporating a broad range of guitar-driven influences including Killers, Pixies, and Violent Femmes, to name a few, their third studio album, Terrible Human Beings, marries Weezer’s self-degradation with the Black Lips’ blasé lyricism.

Taking a look back further, releasing their debut album, Remember When, back in 2012, The Orwells rapidly began playing festival lineups and The Late Show with David Letterman, all before they reached the legal drinking age. Now with Jim Abbiss’ champion production skills on Terrible Humans Beings, The Orwells are able to archive a sound pungent with authoritative guitar reverberations and infectiously catchy hooks.

Yet, along with a list of influences of Biblical proportions comes a formulaic approach strayed from very little throughout their latest album. The Indie Punk genre is not escaped from almost entirely, and nothing especially unique is added. There is no statement, no broad theme besides “young, wild, and free.” While the main stylistic themes include late ’80s and ’90s Alternative Rock, some influences are a bit too overt.

While Terrible Human Beings is bound to show up on a tumblr playlist, they suggest malevolence without much to show for it: so much of the album is borrowed. It is a familiar stranger, however, that is not to say there are not well-written songs on the album.

For example, “The Body Reprise” is a pulsating, airy jam with disorienting guitars swirling around a massive soundscape. Then there is “Double Feature,” which ventures out into a jam of more than seven minutes. This tune features extended instrumental sections and a smooth bass that digs until hitting an explosive release and satisfying buildup. Still, it is somewhat shapeless and dissolves. Instead of featuring fully fleshed out and immersive soundscapes, these little bits and pieces tease at what The Orwells have to offer and merely leave fans wanting more.

Terrible Human Beings is ultimately saved by the sparse times when the band change up the midtempo formula and let the music run wild. This is seen on the album’s lead single, “They Put a Body in the Bayou,” which possesses a satisfying charm, featuring an oscillating bassline and invigorating vocals from frontman Mario Cuomo. Others, like “Buddy,” capture the damn-the-torpedoes energy of earlier highlights like “Who Needs You,” which is the album’s best track, despite clocking in at the under 2-minute mark.

Now, Rock does not have to be menacing or even dangerous to be considered relevant. The genre gives a platform for a variety of different grievances, including suburban angst. “I don’t think it’s going to bring Rock back,” Guitarist Matt O’Keefe said about the record. “I just think it’s a Rock record that maybe some people will enjoy.” For that, listeners can only take O’Keefe’s word for it. For what is meant to be a youthful, dynamic record, some may feel The Orwells lose themselves in an overly saturated niche.

With such a distinguished career already, fans can only hopeful that the band ditches the cliches and discovers their fully capable, fully immersed, and fully apt selves on their next record. Until then, CrypticRock gives The Orwells’ strong efforts on Terrible Human Beings 3.5 out of 5 stars. 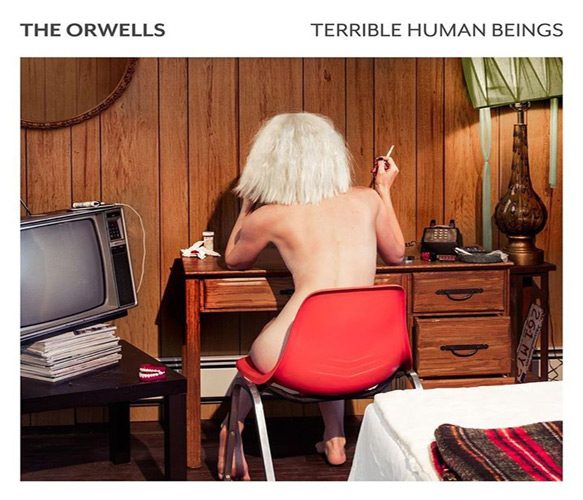