Australia’s Shane Abbess (Gabriel 2007, Infini 2015) has a story to tell, and since he is not only the director but co-writer and co-producer too, he is going to get it out there one way or another. With the help of Storm Vision Entertainment, Cutting Edge, and RLJ Entertainment that story, The Osiris Child: Science Fiction Volume One, became available exclusively on DirecTV on September 7th before broad release on VOD and theaters October 6th. 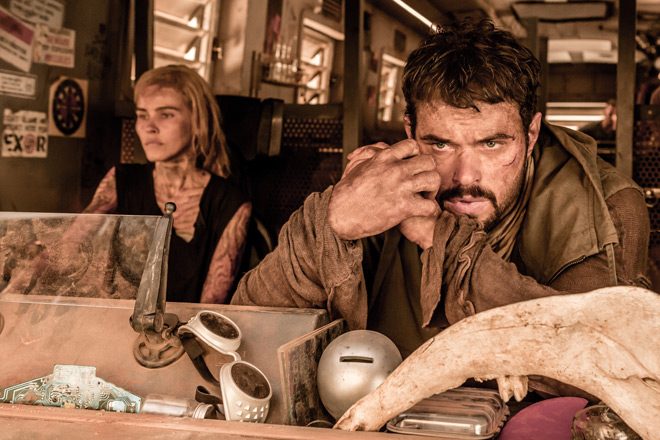 Very much a Sci-Fi Action film, the tale follows Lt Kaine Somerville (Daniel McPherson: Infini 2015, The Shannara Chronicles 2016) of the off-world colony company Exor discovering his employers seek to cover up a failed experiment that broke out of a prison by destroying the whole colony, including its capital Osiris where Somerville’s daughter Indi (Teagan Croft: Home & Away series 2016, Titans 2018) is staying.

With the help of ex-con Sy Lombrok (Kellan Lutz: Twilight 2008, The Legend of Hercules 2014), he has 23 hours to get to Osiris, get his daughter, and get into one of Exor’s underground bunkers before the surface is obliterated. All he has got to contend with is a wide-open wilderness, some less-than-savoury characters, Bill (Luke Ford: The Mummy: Tomb of the Dragon Emperor 2008, The Other Guy 2017) and Gyp (Isabel Lucas: Transformers: Revenge of the Fallen 2009, Red Dawn 2012), with the results of that failed experiment.

It may sound like Somerville is our protagonist here, but the focus switches largely to Lutz’s Sy Lombrok. Somerville’s backstory is handled in the opening and then he is off on his way to the surface, but Lombrok gets at least 4 sequences dedicated to him where he contends with the madness inside the prison camp and eventually how he got there in the first place. This is all while Temuera Morrison (Star Wars Episode 2: Attack of the Clones 2002, Moana 2016) gets to gnaw on the scenery as Warden Mourdain. 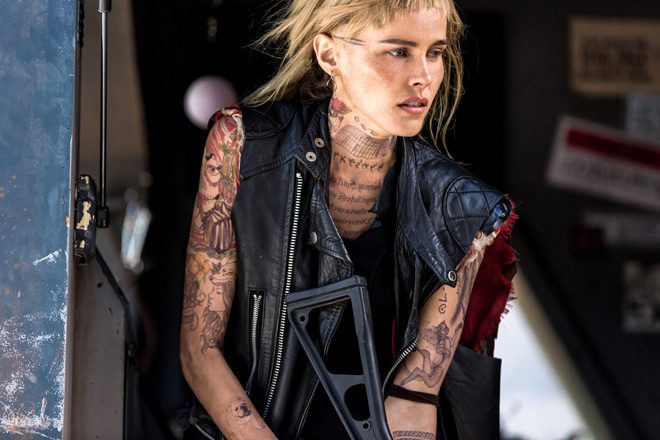 It may have started off as Somerville’s story, but Lombrok manages to get into the driver’s seat as the film progresses. McPherson and Lutz play their parts rather well though, with the former showing drive and desperation to reach Osiris and the latter as a jaded man resigned to his fate in convincing manners. There is even some good chemistry at the offset between McPherson and Croft, pulling off a good parent-child relationship, and Ford and Lucas’ hick bus drivers Bill & Gyp come off in a way some could call seedily sympathetic – showing that, outside the civilisation of Osiris, life on the surface is more 1972’s Deliverance than Star Trek.

The cinematography of Carl Robertson (Infini 2015, Better Watch Out 2016) is also on par, making the most of the wilderness setting through long, far shots showing the scale of the deserts and rocky crags the protagonists must traverse. The CGI is convincing too, though it is used sparingly, with one shot of Exor’s Flotilla used repeatedly whenever an establishing shot of it is required. This could be why the film makes a better use of conventional effects and costumes. The prison guards are dressed like Japanese kendo practitioners, using traditional masks than any fancy, new helmet design. That might have been saved for the Osiris city guards as, while they look more unique, there is only a few of them in shot before they get mauled by what Exor produced: hunchbacked, turtle-faced, dinosaur, monster-type things.

Some may feel refreshed to see good costume design being used than more CGI, and they look grim enough with sticky, bloody-looking scales and mindless brutality, but they are not that intimidating either. They feel akin to the Metaluna Mutant from 1955’s This Island Earth or the Devo-esque aliens from 1965’s Monster Zero/Invasion of Astro Monster than, say, the Xenomorph in 1979’s Alien or even 1996’s Independence Day. If anything could make the audience feel like they were watching a B-movie, these monsters would do it. 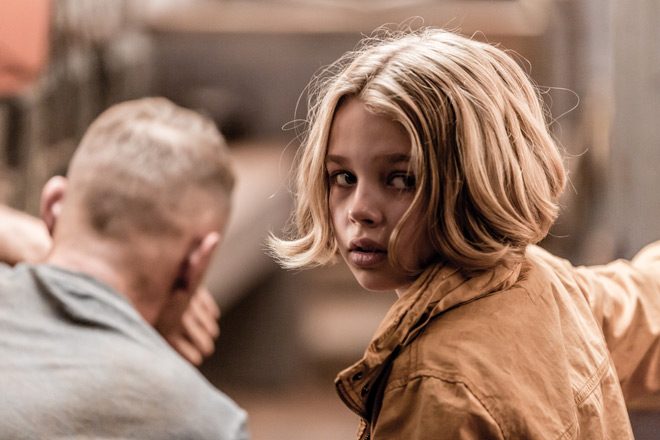 Although, that is not exactly a cinematic sin. Those older B-movies managed to be entertaining romps despite (or because of) those designs, but this film is more of a stroll in comparison. The dialogue is so-so as there are not any memorable lines or zingers, but they are delivered well thanks to the actors. The structure is interesting as, if the title sounded more like a book than a film, then the separation of back story from main story through ‘chapters’ suggests that was the plan from the beginning. But it feels like a few pages were torn out as sequences that seem like they would be more challenging for the protagonists- like Lutz’s Sy escaping prison – happen in quick transitions. If there was more shot for these scenes, then the editing cut some meat along the fat. 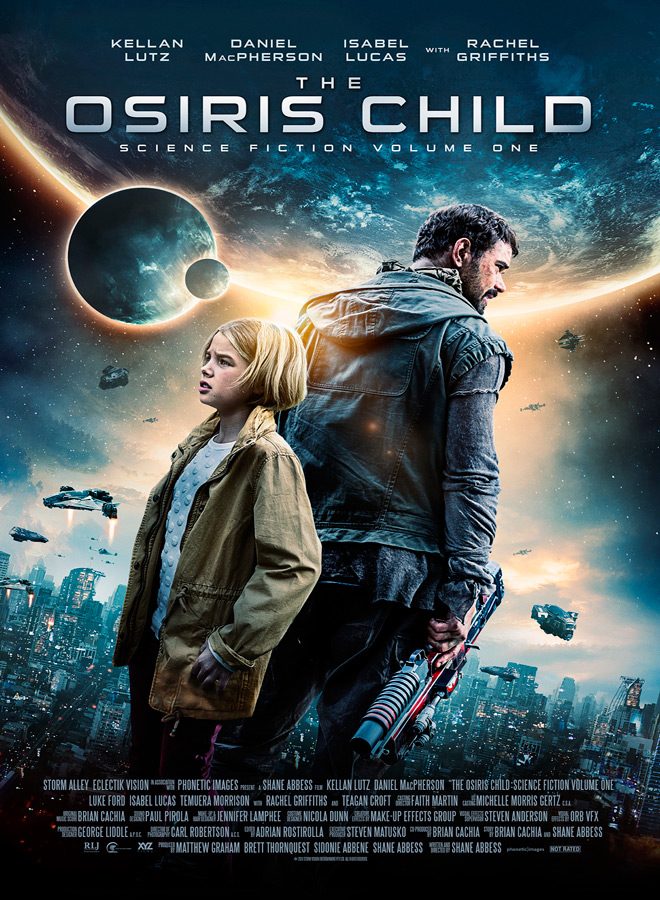