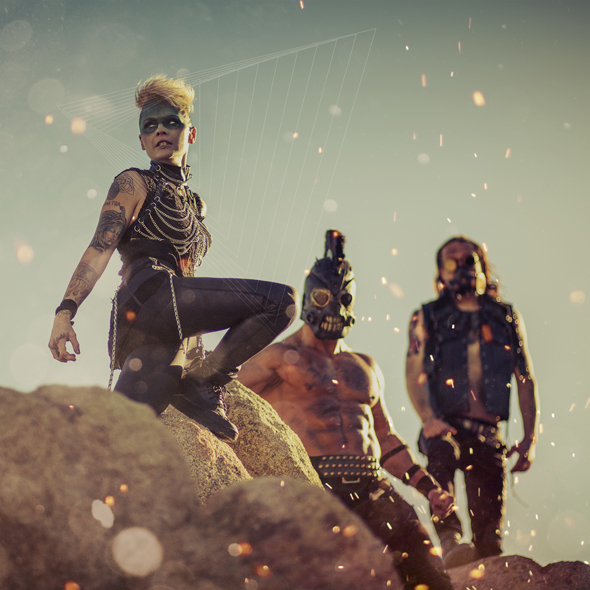 Formed back in 2000, Los Angeles, California based band Otep has traveled quite a journey over the past sixteen years. Led by Vocalist/Lyricist/Activist Otep Shamaya, the band would quickly gain attention, inking a record deal before even recording a demo. Furthermore, they were even invited to perform at Ozzfest by Sharon Osbourne after just a bundle of live shows. Almost unheard of, the band would go on to make big impressions with 2001’s debut EP, Jihad, followed by 2002’s debut full-length album, Sevas Tra. While genre is often limiting, Otep’s style stood out from the pack, combining elements of Gothic Metal, Hip Hop, Alternative Metal, Death Metal, and so much more. One could say this ability to create something truly unique is what has kept Otep relevant through the years over the course of five more studio albums following Sevas Tra.

While there has been record label changes and lineup changes, through it all, Shamaya has kept Otep alive, and now in 2016, returns with the band’s seventh overall studio album, entitled Generation Doom. An album which almost never happened, following the release of 2013’s Hydra, Otep felt burnt out, uninspired, and did not want to let her “tribe” down by putting out music just to put it out. Fortunately she felt her musical and creative side start flowing out of her again, so Shamaya and her supporting cast of Ari “Aristotle” Mihalopoulos (guitar), Justin Kier (drums), as well as Corey Wolford (bass) entered the studio to record Generation Doom. A lineup she states is “the most talented group of musicians I’ve ever worked with. We are a family. These are my brothers in arms,” Generation Doom is twelve tracks of intense music only Otep can offer.

Marking their debut on Austrian label Napalm Records, Generation Doom hit stores April 15th and kicks off with the unapologetic “Zero.” Here, Shamaya screams, raps, and sings, accompanied by heavy instrumentation switching from an Extreme to Nu-Metal sound throughout the song. Next comes “Feeding Frenzy,” which starts off with distorted guitar sounding like gun fire before the cymbals, drums, and bass enter. Continuing with a pure Metal feel, the song’s conclusion delivers a muffled walkie talkie battle communication while a baby is heard crying, adding to the effectiveness of the story being told. Keeping with the album’s concept, “Lords Of War” starts off with a man speaking about war. Setting the table,  Shamaya comes in mixing spoken word and singing as the song becomes extremely heavy with the band providing the backdrop for an anti-war song about lives that are lost in battle as well as those lives left behind on the homefront.

Offering a surprising cover, Otep offers a rendition of Lorde’s hit song “Royals.” Shamaya herself felt drawn to the track because of her relation to the lyrics, not to mention her vast respect for Lorde as an artist. Staying true to Lorde’s verses with her rapping, soon it turn into Shamaya’s famous screams met alongside with heavy guitars provided by Mihalopoulos during the chorus. An extremely personal track, “In Cold Blood” displays a side of Shamaya that is often overlooked, the side of her ability as a storyteller and poetic singer/songwriter. Showcasing her voice, which is haunting, vulnerable and melodic, it is an extraordinary track. Then, bringing on a Middle Eastern vibe featuring sitar’s in the beginning of “Down,” Shamaya soon comes in rapping on the verses, followed by a whisper into a heavy singing chorus. Building up aggressively, screams are met by drums, bass, and guitar, providing a strong backdrop. Providing more unique vocals, “God is a Gun” features Shamaya creating a mood with whimpers, whispers, screams, and singing throughout the song. A truly dramatic experience, the last line is accompanied by a piano as well as Shamaya speaking, “Wounded world an absent creator, empty prayers fly through the air like burning paper” sums up a powerful song.

Never been shy to talk about her sexuality, Shamaya has been a constant voice sticking up for the rights of the LGBT community through the years. With that in mind, Rap based “Equal Right, Equal Left” comes next as Shamaya shows off her pride and the injustices in society. Keeping the record flowing along at a steady pace, “No Color” and “Lie” are two tracks that are sure to draw listeners in. Both traditional Hard Rock based songs, Shamaya sings about lost love and betrayal while displaying a vulnerability that can be felt deeply through her beautiful voice. This is before the brutal attack of extreme Heavy Metal vocals and instrumentation on the album title track “Generation Doom,” which will no doubt provoke listeners to headbang. An intense listen all the way through, “On the Shore” is a ballad  that provides beautiful guitar solo’s from Mihalopoulos. As the album’s conclusion, Otep’s voice is breathtakingly gorgeous as it provides a melodic story that will truly connect Otep fans. Winding down with Shamaya providing a spoken word exit, Generation Doom wraps up as a masterful concept piece.

If one thing can be said about  Shamaya, in many ways she has been misunderstood, yet she has always stood her ground on her beliefs on the issues that matter to her most. Generation Doom provides listeners with songs of heartache, strength, anti-war beliefs, and the ability that humans have to save or destroy this world. Furthermore, the album allows listeners a chance to truly see all the colors of Shamaya’s talents as a singer and genius storyteller. CrypticRock gives Generation Doom 4.5 out 5 stars. 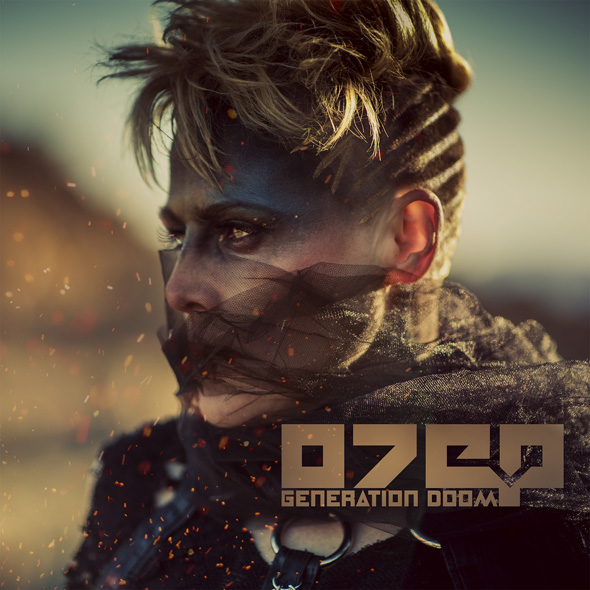