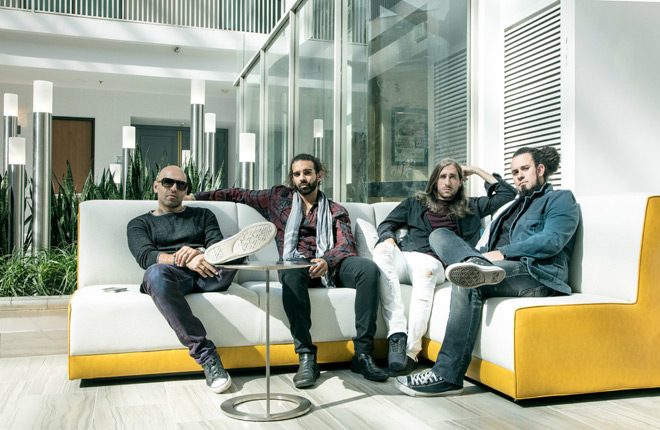 Going through the motions has never been Otherwise’s forte. In fact, the Las Vegas, Nevada based quartet face their demons head on and take charge of their emotions and career. At it for nearly 15 years now, their 2012 album, True Love Never Dies, broke the band into the mainstream as they have rigorously toured the globe since. Following up with a high energy album in 2014 with Peace at All Costs, Otherwise solidified themselves as a Hard Rock band that is here to stay.

Sustaining some changes in the past few years, Otherwise has ripped away each layer of pain to come back stronger and better than ever with their new album, Sleeping Lions. Set for release on September 22, 2017, their new album comes at the hands of band leaders Adrian and Ryan Patrick on vocals and guitar with new additions Tony Carboney on bass along with Brian Medeiros on drums. An almost complete lineup overhaul since they last entered the studio, what can fans expect from Sleeping Lions?

Well, Otherwise has evolved further with Sleeping Lions, offering 12 new tracks that are a force to be reckoned with. Their third release with Century Media Records, “Now we’re back on the  prowl again, and our eyes are wide open. The album title absolutely references a bigger awareness of who we are and what we’re capable of. The last thing you ever want to do is wake sleeping lions,” says Adrian Patrick.

A big statement, waking the beasts within has been the best thing for Otherwise by far. As with their past two albums, they have found themselves earning airplay on SiriusXM channel Octane and mainstream Rock stations with their single and opening track, “Angry Heart.” A bold opening, it is followed by the album’s title track, a great political-infused song bringing feelings of defiance and worth to the surface as the stomping march beats on. The lyrical content whirls into the complexity of self reflection. The vocals are centralized, as well as echoing, while funky distorted bass and rhythmic cymbals dance with electronic inserts.

Shifting gears, “Suffer” starts off to a lighter ’80s Rock feel with a slower tempo compared to the two previous tracks. Though the song is still filled with aggression, there is a feeling as if all weight on one’s shoulders has been lifted. It carries a feeling of familiarity and freedom, like a caged bird breaking free as Adrian sings about “the war” being far from over. Thereafter comes “Nothing To Me,” a filthy suspense song that may provoke mixed feelings. The track is raw and drum heavy, and the build up with the background vocals is fantastic. However, once some listeners become acclimated to the song they may feel it lacks musical content, but is nonetheless brutally honest lyrically.

Moving along, “Weapons” proves to be a fully composed piece, multi-layered with grungy guitars and heavy bass. As anyone can expect with a title that sends connotation of fear, this track is edgy and aggressive. Then there is the skin-crawling “Crocodile Tears” which reflects a two-faced, backstabbing person who tries to be a stagnant part of one’s life. The bitter ballad is the longest track on the record and has every reason to be.

Standing out as a highlight, the musically breathtaking “Close To The Gods” is a song Adrian truly showcases his vocal abilities with a slow, enticing, and powerful mix. That said, the entire album has bold moments and some tracks hit so dear to one’s personal life it is scary. For example, “Dead In The Air” is matched with heavy bass led into feathery light guitar plucking. The vocals are nearly whimsical, whispering yet assertive. Conveying a message that there are some people who are simply toxic, yet we find ourselves drawn to them, Otherwise continues to dive into toxicity for any relationship with “Beautiful Monster.”

Nearing the conclusion, “Blame” is a change of pace and foreign compared to the rest of the album. More Pop Rock and radio friendly, right off the bat, it will remind some of Filter’s “Take A Picture.” Truth seeking, it lets relief flow out like lava as Otherwise release any innocence and frustration bottled up inside. Basically, the message is to look in the mirror before pointing a finger of blame. Keeping that mellow feeling, “Bloodline Lullaby” closes the album like a comforting blanket with sweet, electric guitars tucked between synths. The sweet and sincere track spews empathy from the start with a silky smooth musical intro.

The evolution of Sleeping Lions is outstanding, growing with each passing song. Otherwise has found their strength and are running for ransom. The combination of lyrical content, composition, and engagement make for a divine piece of art. For these reasons, CrypticRock would rate Sleeping Lions 4.5 of 5 stars. 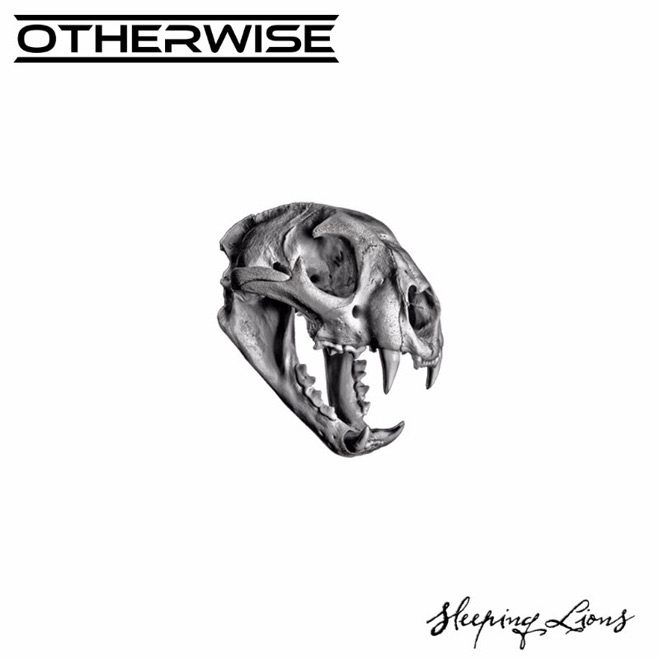 You Me At Six – Suckapunch (Album Review) At The Gates – The Nightmare Of Being (Album Review)
Like the in-depth, diverse coverage of Cryptic Rock? Help us in support to keep the magazine going strong for years to come with a small donation.