The Battle of Culloden is soon approaching in Outlander’s penultimate episode, The Hail Mary. After a season of plotting and trying to divert a war that will enviably demolish the highland culture, Jamie tries, one last time, to thwart the Jacobite rebellion. But, while Jamie attempts a last ditch effort to convince Prince Charles not to move forward towards Culloden, Claire helps to secure Frank’s existence in the future, a reminder that she will soon return to him. Though the episode continues to focus on the impending war, the stories woven into The Hail Mary also take a close look at the relationships between two polar opposite sets of brothers and the impact of loss. 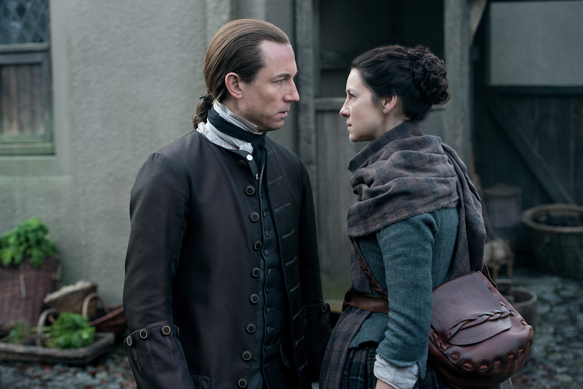 Jamie, Claire, and the rest of their men arrive outside Inverness to join the remainder of Prince Charles’ camp after some time has passed since Murtagh and Mary enjoyed their vengeful blood fest. The men are now weakened and Claire seems pretty exhausted herself as she, Jamie, and Murtagh realize the Battle of Culloden is only three days away, set to take place on April 16, 1746. Jamie still thinks there is a chance to convince Prince Charles not to march to Culloden, but one already knows there is no stopping what is to come. Claire decides to take a trip to the local apothecary to gather medical supplies and stumbles upon Mary Hawkins. Mary is there buying laudanum for Alex and she is not happy with Claire, having learned Claire’s role in dissuading Alex from marrying Mary. Alex’s illness has become much worse, but Mary thinks she will be able to help him recover and that they can still be married.

Meanwhile, Jamie is hard at work trying to influence Prince Charles and his decision to engage the British troops at Culloden. He tells Charles that the British will undoubtedly have the advantage and suggests waiting for the French funds that were promised to invest in food and weapons as well as give the men some time to regain their strength. But, pride overrules sense, and Prince Charles, claiming God is on their side, decides the men will rest and then march to Culloden.

When Claire visits Mary and Alex at a boarding house nearby, she finds an unexpected and horrifying site. Not only is Alex’s condition dire, but as Claire begins to make him a poultice, she hears Alex greet his brother, Johnny, or as the rest of us know him, Jonathan “Black Jack” Randall. It s odd to hear Black Jack referred to as Johnny, but it is also a reminder that there is one person on Earth that has seen the humanity in Black Jack. We also learn that dear old Johnny, now dressed in plain clothes and not his usual uniform, has acted as Mary and Alex’s benefactor, providing the means necessary for them to survive after Alex was no longer able to work.

Despite the shock of Black Jack’s presence, Claire must focus on convincing Mary that Alex is not going to get better, but Mary insists that he has to because she is carrying his baby.  The baby that Claire believed Black Jack would sire and ultimately produce a lineage leading to Frank actually belongs to Alex, but that knowledge only fuels Claire’s mission to ensure Mary and the baby’s safety and future even more. As disgusted as Claire is to even share the same air as Black Jack, she takes one for the team and agrees to help ease Alex’s pain in exchange for information regarding the location of General Cumberland and his army. Black Jack ultimately accepts her terms and reveals the troops are 12 miles away and will soon be celebrating Cumberland’s birthday. 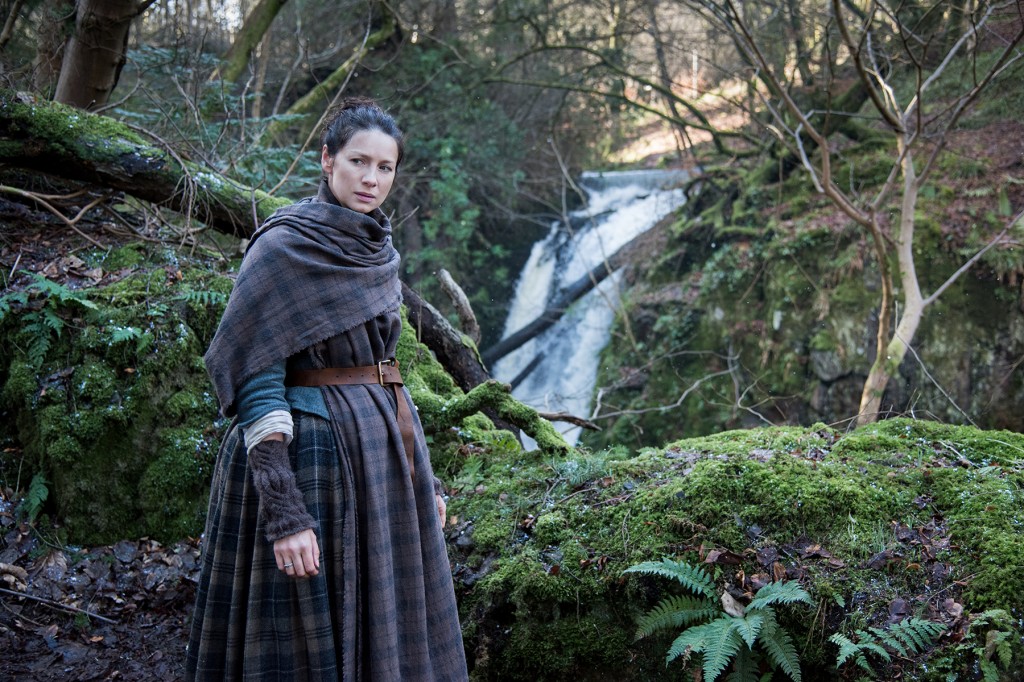 It’s not surprising that Jamie is furious about Claire’s deal with Black Jack, wanting to have the wretched man out of their lives for good. Even so, he cannot argue with Claire’s tactics and the intel she gained, but insists she bring Murtagh along as her bodyguard. Over the next couple of days, Claire tries to ease Alex’s suffering, but aside from calming his coughing fits with a pipe of herbs, she cannot do much until Alex’s time comes. Alex, aware he is on his death bed, makes a dying wish and asks for his brother to wed Marry so that she and baby will be cared for.  Hearing Alex speak of Black Jack’s “generous soul” is almost sickening, knowing his true nature, and it is even worse for Claire who must convince Black Jack to go through with the wedding.

Although it seems like the worst decision ever, it is the most practical solution to have Mary wed Black Jack. Whether he makes it out of the Battle of Culloden alive or not, and according to Claire’s knowledge of the future he does not, Mary needs to be his widow so that she can benefit from the protection and pension his name provides. Claire also explains this to Murtagh, who is so against Mary uniting in holy matrimony with Black Jack, that he offers himself as a husband. But, he would not be able to provide for Mary and her baby should he die, the way Black Jack’s social standing would allow.

Now, the only one left to convince is Black Jack, who is busy getting drunk at a pub. Black Jack does not make this easy for Claire and asks if Jamie told her about what happened at Wentworth. He takes the taunting a step further and tells Claire, “I know the sound he makes, at the last, when he has lost himself.” Even though it is obvious Black Jack is far from a generous soul, Claire already knows his true colors and his effort to show how bad of an idea it is for him to marry Mary. But, Claire knows his love for Alex is the only piece of humanity she can appeal to and uses his love for Alex to convince Black Jack to go ahead with the wedding. 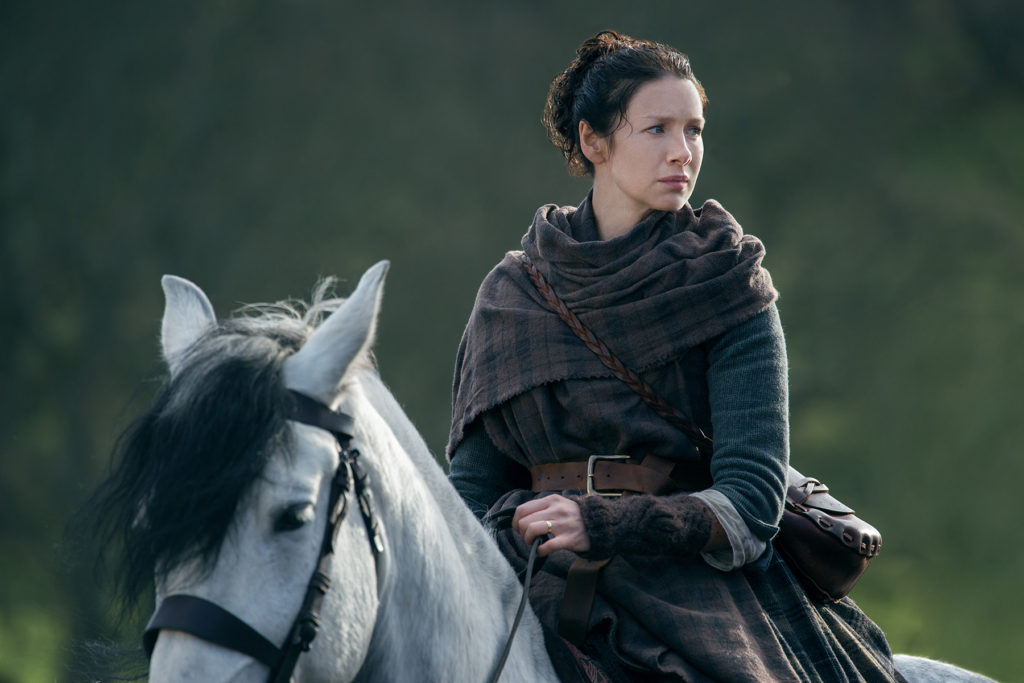 With Claire and Murtagh as witnesses, the wedding takes place in front of Alex and a sobbing Mary, who has really had a rough time as only a few hours later she must say goodbye to the man she truly loves. Black Jack’s reaction is severely different though as he deals with his rage over losing Alex, who was the one pure of heart, by wailing on his dead brother’s body repeatedly. He then walks out, leaving his new wife and the others in the room stunned.

We also see the return of Colum, whose condition has gotten much worse. Dougal sees his appearance as his brother’s decision to ally with the Jacobites, but Colum claims that is not why he is there. Colum has a plan, he is going to choose when he dies and he chooses the time to be now, with Claire’s help. Before that happens, he declares his wish to have his son Hamish be the next chief of clan MacKenzie. Dougal offers to help guide Hamish since the boy is very young, but Colum wants Jamie to be the man to do it, knowing Jamie’s forward thinking will lead to Hamish’s success as a leader.

Dougal sees his brother’s decision as an opportunity to punish Dougal, but Colum makes it clear that he has chosen Jamie to guide Hamish because he is a man of honor. Although these two men clash when it comes to their ideology, their final moments together are vastly different than Alex and Black Jack’s. In a deeply affecting performance by Graham McTavish, Dougal has a heart to heart with his brother, but when he is done speaking, he realizes Colum is dead after taking a vial of yellow Jessamine given to him by Claire. Dougal’s reaction is also the complete opposite of Black Jack’s, embracing his brother even though he too is angry that he is gone.

The final moments of the episode brings us back to the proximity of the Battle of Culloden. Jamie tries to stage a surprise attack at Cumberland’s birthday, but things go wrong when the Prince alters Jamie’s strategy by insisting he lead one of the two groups of men. Of course, the plan fails because Charles and his men get lost in the dark and the whole attack is called off.  The Battle of Culloden is going to happen, but viewers knew that. Jamie seems utterly defeated at the realization that there is no way to save anyone anymore, except Claire. CrypticRock gives The Hail Mary 3.5 out of 5 stars. 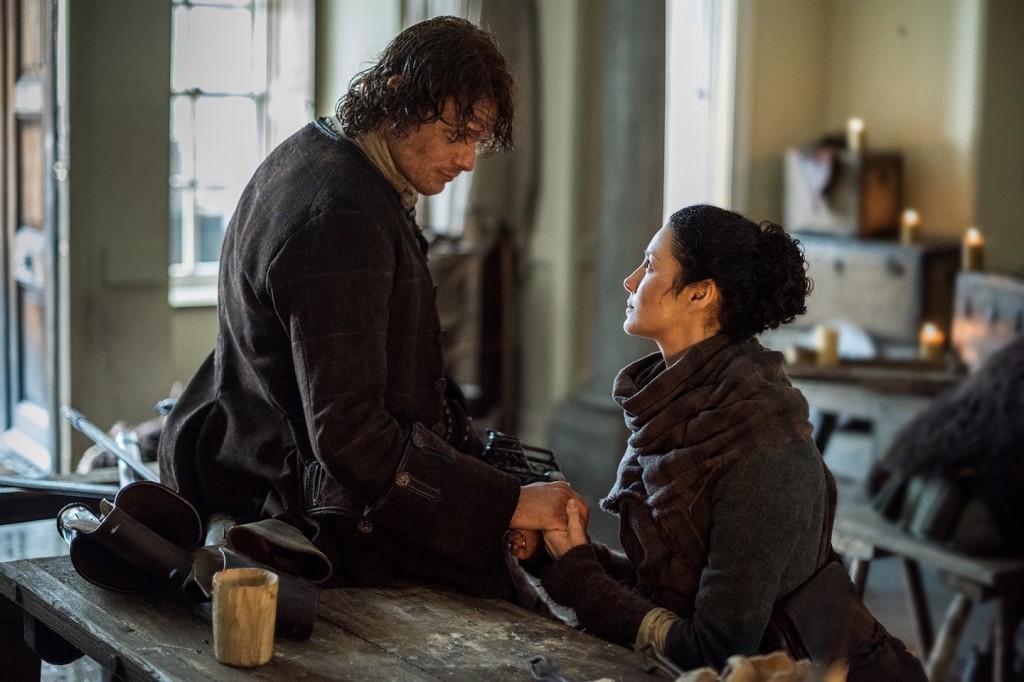