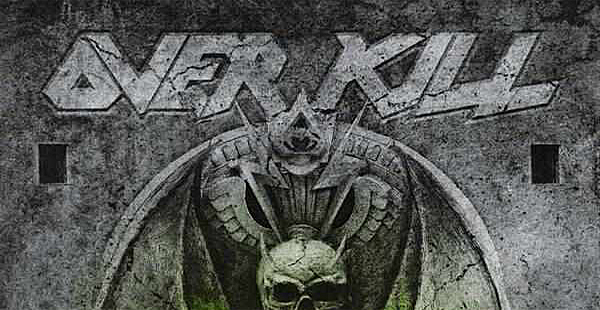 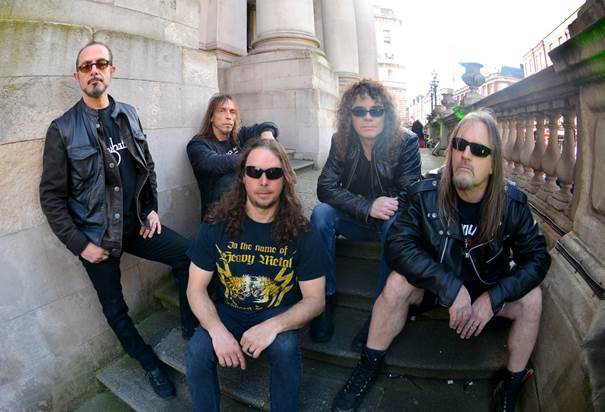 There is nothing like the fresh, hungry intensity of a young band on the rise. Tight, angry, and sporting a sick bass tone straight out of 1986, Overkill has just released an album called White Devil Armory.  Established thrash acts from back in the day are going to feel pretty sorry when they hear these young bucks, aren’t they? Oh that is right, Overkill is an established thrash act from back in the day. Formed  back in 1980 in Old Bridge, New Jersey, singer Bobby ‘Blitz’ Ellsworth and bassist D.D. Verni are the sole remaining members from those humble beginnings. Together they have steered one of the most consistent, successful, age-defying acts in the history of thrash metal, and they continue to do so with every last scrap of vitriol they ever possessed. It has been thirty-four years and sixteen studio albums since those heady young days hanging around L’amours in Brooklyn, NY, boozing and fighting and being general bad-asses. Somehow Overkill has managed to remain edgy and relevant while the years brought music industry changes and innumerable trends to heavy metal’s restless canon. Other than 1993’s I Hear Black, Overkill have pretty much completely ignored what was going on around them in the more mainstream rock world. This integrity has garnered them legions of loyal fans and earned them plenty of new ones.

Latest scorcher White Devil Armory explodes out of the speakers after a short intro, attacking with the sharp-tongued fury fans have come to expect from Bobby ‘Blitz’. Pounding rhythms and laser-beam riffs are held aloft by D.D.’s mighty bass tone, while guitarists Derek ‘The Skull’ Tailer and Dave Linsk turn in fabulous performances of their own. Their efforts beef up the songs with fresh-sounding leads and big, meaty riffs. Drummer Ron Lipnicki plays like a machine, sounding live, large, and loud. Triggers and modern studio tinkering do not seem to be a part of his repertoire. The chorus of opening song “Armorist” is as catchy as it is heavy. “Down to the Bone” has a very Anthrax “Among the Living” (1987) feel to it, while “PIG” tests the limits of Ellsworth’s tried and tested pipes. It is clear throughout the album that Overkill has more than likely gained a step or two, despite their age and longevity.  The honesty of this group of musicians comes through within every song on offer, allowing compositions like the more mid-paced, epic “Bitter Pill” to shine alongside screeching stormers such as album highlight “Where There’s Smoke”. This song could start a mosh pit in a nursing home.

Overkill has an excellent sense of when to throw a gang vocal or two into the mix, and on White Devil Armory you will find some good ones juicing up many of the choruses throughout its songs. “Another Day To Die” features Overkill’s propensity to throw in some more rock-n-roll moments into their brand of old-school thrash. Another album highlight, “King of the Rat Bastards”, not only has a humorous title, it also packages the exact atmosphere that made Overkill classics like “Powersurge” and “Elimination” so endearing. “It’s All Yours” sounds like something Guns N’ Roses might have written had they headed off in a more heavy direction after Appetite for Destruction (1987).  The tune positively drips with the obnoxious snark unique to Overkill. A bass-friendly breakdown midway through showcases each band members’ many talents. Closer “In The Name” has a very power-metal feel to it, with a sing-song chorus quite apart from the vicious meter of the rest of the album. Overall, it falls a little flat and does not quite achieve what it set out to do.  Bonus track “The Fight Song” sounds like what would happen if Overkill sat down and wrote a song with the Dropkick Murphy’s. The results are every bit as stone-cold awesome as that combination would be if it actually happened. This is easily the most enjoyable song metal lovers might hear all year.

Overkill continue to defy both age and trends with White Devil Armory, proving that not every three-decade band’s best days are behind them. CrypticRock gives this album 4.5 out of 5 (Jersey strong!) stars. 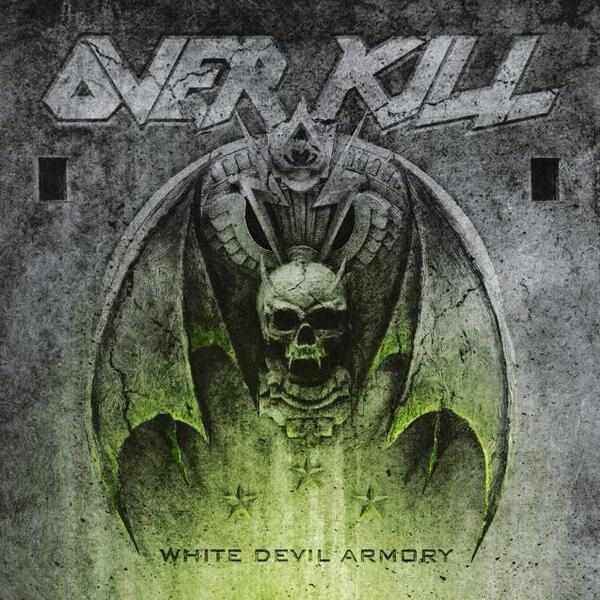