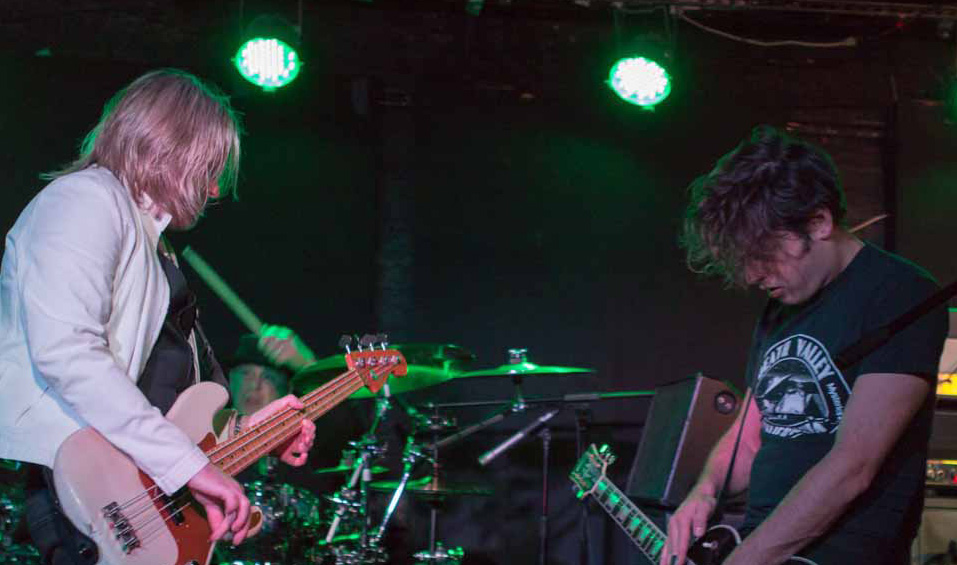 On the weekend of Thanksgiving there are many things one can do. One can choose to relax, go to war at the shopping malls, or (the best option of all) go to a rock show. Queens, NY native Chris Wyse came home to New York City to play a series of year ending shows with his band Owl. With a resume a tattooed sleeve long, Wyse has worked with Ozzy Osbourne, Jerry Cantrell, among many others. He has called The Cult home, now playing bass in the band for the past decade. Keeping the creative juices flowing, Wyse formed his own project Owl back in 2009. The band is a theatrical combination of various forms of rock and showcases Wyse on upright bass and vocals. As a fixture on bass guitar in The Cult all these years and with the band in New York for some tour dates, this was the perfect opportunity for Wyse to schedule a few shows for Owl in between. On Black Friday Owl performed at Gussy’s in Astoria, Queens and a mere 24 hours later took the N train into Manhattan on Saturday November 30th to play The Mercury Lounge.

With a mob of holiday shoppers on the streets, The Mercury Lounge had a generous turn out to watch a series of opening bands leading up to Owl. Wyse, Dan Dinsmore (drums), and Jason Achilles Mezilis (guitars) took the stage by storm opening with the hard hitting track “The Right Thing”. Their set included a mix of tracks from their self-titled 2009 debut and their newest album The Right Thing. Wyse and Mezilis shared a unique chemistry on stage feeding off one another energy. Mezilis’ guitar ability was well pronounced with excellent tone as well. Wyse belted out an impressive vocal performance with emotion and energy. Tracks like “Rover” had those in attendance dancing with it’s obscure and addictive beat.  Unfortunately the audience did not have the opportunity to see Wyse perform the upright bass for this set, but regardless the bass sound was thick, addictive, and sounded great.

The performance showed no signs of dragging throughout, and by the time Owl was complete you were left feeling extremely fulfilled. Their set was a power punch and those in attendance will not forget. We can only hope in 2014 Owl will be around again for some more live dates.

Imagine Dragons – Mercury – Act 1 (Album Review)
Like the in-depth, diverse coverage of Cryptic Rock? Help us in support to keep the magazine going strong for years to come with a small donation.
Print page
0 Likes