The Oxford Coma – Everything Out of Tune (Album Review)

September 27, 2017 The Oxford Coma – Everything Out of Tune (Album Review) 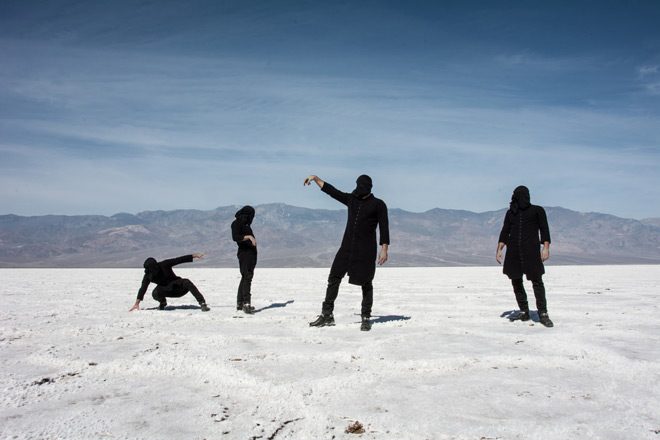 Billy Tegethoff of Arizona’s The Oxford Coma does not fall in line with any preconceived notion of who or what a frontman of a Grunge Rock band should be. Looking to face today’s social issues head on he and The Oxford Coma offer their new album, Everything Out of Tune, due out October 13, 2017 on Siggy Records.

What will be their fourth release since coming together some six years ago, Everything Out of Tune is a nine track journey through today’s society, providing no easy answers, challenging listeners to hit the mute button. Engineered by Steve Albini, the accomplished producer assists The Oxford Coma in bringing their battle cry to the surface. Will it be heard or fall on deaf ears?

For those unfamiliar with the band, The Oxford Coma has an impressive resume that placed them on CMJ Loud Rock Charts, respectively at #19 with their 2014 EP Morphine and #22 with 2015’s EP Paris Is Mine. For those that are familiar, well, they have come to expect thought-provoking music from Tegethoff and company who utilizes an artist’s eye to analyze. Finding a new genrefication, Everything Out of Tune evolves beyond the two previous nationally recognized releases. Lyrically poignant and musically intense, the sonic melding features Billy Tegethoff on guitar and vocals, Mert Salahi on guitar, Casey Dillon on drums, Doug Staples on bass, along with a guest appearance from Intronaut’s Sacha Dunable on guitar.

Opening with “Trauma (Maybe I’m Forgetting Something),” with the aforementioned Dunable on guitar, the band set a tone with lyricism that is frightening. Matched with brilliant instrumentation, driving drums from Dillon are combined with an onslaught of guitars. Moving on, “Inflatable Patriots (Touching People in Their Sleep)” has a driving bass from Staples combined with Tegethoff’s subtle vocal delivery of words that are striking while wrapped masterfully in shredding guitar mayhem. Then, “Patterns Of Thought” is proof that poetry set to music can be real power. Taking a harsh view on matters, it is surrounded by haunting guitars and vocals, making it hard to believe The Oxford Coma is not a national touring band…well, yet.

Over one third of the way on Everything Out of Tune, it is apparent to listeners that The Oxford Coma offer an exercise for perception through their music. For example, “Cartoons” takes the thought-provoking nature of matters to a new level while Tegethoff dishes out some of his best vocal work to date. Emotive and monotone, all at once, it is scary good. Then, softly sliding into “Junkies & God,” the band take on the state of addiction in America with sincere anger and frustration.

Thereafter comes “Everything Out of Tune (My Only Victories Are Others’ Failures)” with its alternating syncopated Grunge Metal style. The title cut, it has some of the finest Hard Rock/Metal bass work one could dream of for a headbangers ball. Wrapped around that is the intricate shredding of guitar work from Tegethoff and Salahi making for interwoven mayhem that sticks with the album’s theme. It is an ever-gaping red door in your head as Tegethoff calls out in a profound matter.

Now, if there was a ballad amidst all this fiery emotion, “Reciprocal Damage” is that song. Here, a soft vocal delivery from Tegethoff initially shifts into a military radio-like squeaking filter that clarifies it as one of the most beautiful tracks off the album. Coming to the end, there is “Smack & Temporary Enlightenment,” a song written by Tegethoff and Staples when they were teenagers. Meshing nicely with a steady drum beat, it is a brilliant framework for the towering vocals subtly delivered, bringing to mind bands of the past like Nirvana. Lastly, ending it all, Psychedelic Metal anthem”Good Job Boys” is rage unleashed in its musical  finest.

Collectively, each performance shreds on Everything Out of Tune, but together, this monster of a record is a force of nature. Built out of the mayhem of modern society, The Oxford Coma gift a masterclass in musicianship start to finish. Just keep breathing as you plummet down the rabbit hole and relish the fall with The Oxford Coma. For these reasons, CrypticRock gives Everything Out of Tune 5 out of 5 stars. 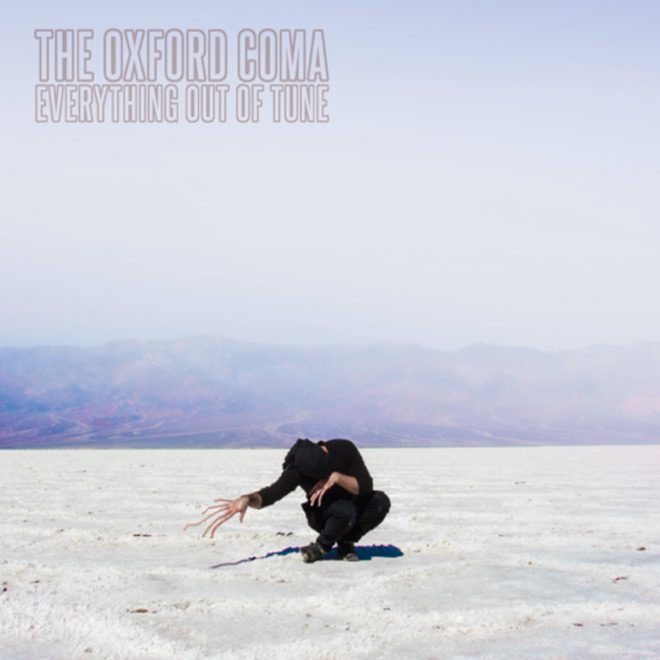 Purchase Everything Out of Tune: