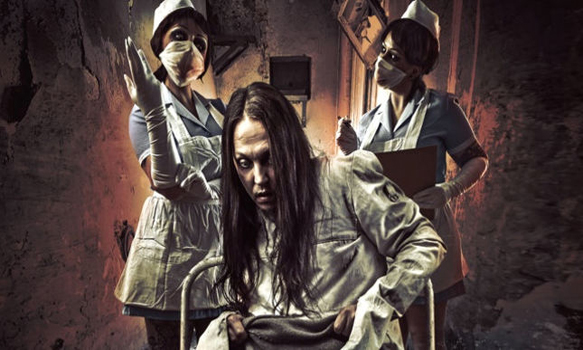 For over two decades, Swedish Jack of all trades, Peter Tägtgren, has influenced the international Metal scene more than anybody else. As owner of the legendary Abyss Studio in the small village of Pärlby north of Stockholm, he granted the legislating of bands such as Dimmu Borgir, Children of Bodom, Amon Amarth, as well as others such as Sabaton as a producer. Although, Tägtgren has always drifted his own musically and creative identity as a musician ashore. On one hand, the all-around musician essentially influenced the Death Metal scene with his main band Hypocrisy. Then, on the other hand, his Electro/Industrial-Metal project Pain, begun back in 1996, has always brought Pop and danceable elements in line with a hard Metal framework. Meanwhile, as an internationally respected, estimated musician and producer, more recently, Tägtgren joined forces with Rammstein frontman Till Lindemann in Lindemann’s solo project, where he added his own stamp to transmogrify.

With this said, one would think the Pain mastermind and Metal workaholic has experienced everything between his cardiac arrest during the recordings of the Pain album Dancing With The Dead in 2005 and big live-productions touring Europe with Nightwish or Rammstein. But after all this, five years since 2011’s You Only Live Twice, Tägtgren once again connects the dots, creating Pain’s eighth studio output, Coming Home. Released on September 9th via Nuclear Blast Records, Coming Home follows the obscure red line in a outer space world with the German artist Stefan Heinemann, who was also responsible for the Lindemann cover artwork.

Starting off with conspicuous, extraordinary slide guitars which spray a flavor of Southern Rock in the air, at the same time “Designed To Piss You Off” turns out as a typical Pain track of the harder and faster gait. After this felicitous, even though surprising start, the core of Coming Home soon becomes clearly visible. Where staccato guitars and thunderous drums of Tägtgren’s son Sebastian building the frame, frisky electronics with love for the detail and devilish great orchestral elements create a new Pain note. This note was always suggested in the past, but this time is a cornerstone, combing Pop hook-lines and great choruses in Pain’s new sound. The best example of such is the tracks “Call Me,” which features a guest appearance from Sabaton’s Joakim Broden, “A Wannabe” or “Black Knight Satellite.” These are all selections that tell thematically sing-a-long stories ranging from callboys to tweeting sounds from outer space.

Showing a completely different face, the title track, “Coming Home,“ comes in with acoustic guitars and outstanding, but song conducive orchestration. The track molts to an absolute earworm, which may remind some, in parts, like a mixture between Tito and the Tarantulas and Ozzy Osbourne on Electro. Then, “Absinthe Phoenix Rising” sprays a cool laxness which is very becoming to Tägtgren and is reminiscent of Alice Cooper’s “Hey Stupid.” That said, maybe Tägtgren should think to cover Jimi Hendrix’s “All Along The Watchtower” on his next Pain album, knowing him, it would probably work. Nonetheless, completing this new ten track journey, “Natural Born Idiot,” “Pain In The Ass,” along with “Final Crusade” serve well known Pain paths while “Starseed” closes Coming Home with an orchestral ballad tone while quizzing a big chorus.

Tägtgren may have sustained unnecessary sleepless nights while creating Coming Home, but the album plays in a class of its own. Not disappointing, new elements take the first string in the sound and deal out the Industrial cards for fans. For Pain apostles, Coming Home is highly recommended, and those who never checked this band out, should risk an ear to one of the most outstanding, possibly extraterrestrial himself, Mr. Peter Tägtgren. CrypticRock gives Coming Home 4.5 out of 5 stars. 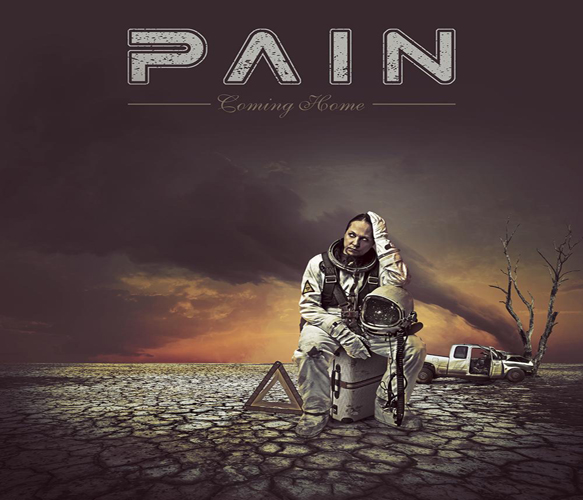