Painkiller is the latest psychological Horror movie short by Jerry Janda (Baggage 2013), who also stars in the film as the Suited Man or Man 2. Released in the United States on October 18th, 2014 by Action Media Productions, Painkiller is directed by Jeremiah Kipp (The Minions 2014), telling the story by observation point of view of Man 1 (Thomas Mendolia: Stranger 2014, Creepers 2014) as he sits in an untidy room while a video of a woman (Kelly Rae Le Gault: The Gilgo Beach Murders 2013, Baggage 2014), hitting herself with a hammer and repeating, “Its not enough,” plays in the background. As he watches the video, the images clearly disturb him. He has a large scar on the left side of his face, which he touches absentmindedly as he answers a knock at the door. 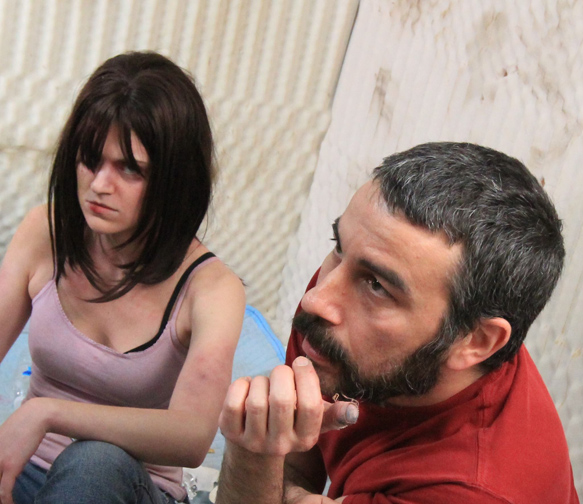 Man 2, well dressed in a suit, enters and the first man turns off the video. They begin a discussion of how the man came to be in the trouble he is in now, and why he was seeking an assistant, despite the fact he had recently pulled the advertisement. Man 1 tells Man 2 that he and the young woman in the video were scientists, just out of Grad school, overwhelmed with Grants and ready to discover something new. They were also in love, and got engaged during their initial research period. Both Man 1 and the woman had lost parents to cancer, having been witness to the horrible suffering and pain associated with that and other chronic illnesses. They were driven and determined to find a way to control pain that was better than how it had been managed, which often creates more problems, including addiction, for the already suffering patient.

After a lot of research and hours in the lab, they created an organism that would help people live out their final days with dignity, no longer overwhelmed by crippling pain. The created organism would live inside the patient in a symbiotic relationship, replacing the feelings of pain with feelings of pleasure, effectively eliminating the pain entirely by attaching itself internally to the patients spine and releasing endorphins into their blood stream. The genetic makeup of the organism and the way it was tied to human DNA meant they couldn’t test the organism on any animals. This meant only one thing – they would have to test the organism on themselves. The  woman volunteers to be the first human Guinea pig. Reluctantly, the man makes a deep incision in her back and the organism is painfully inserted. Moments after the procedure the effects are felt, and it appears they have indeed discovered something ground breaking. 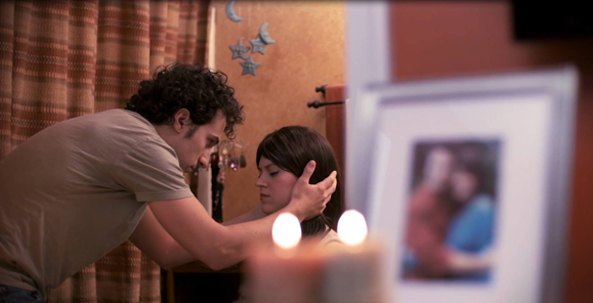 A deeply intricate story, Painkiller focuses on a truly troubling subject matter in terms of pain management in the chronically and critically ill, touching on issues that face society that will no doubt evoke an emotional response from the viewer. Exceptionally acted by a small cast of four, each character portrays a full range of emotions, revealing hidden layers at just the right times. Janda plays the Suited Man as confidently dead pan, hiding an underlying depravity until the very end. The cinematography of Steve Adams and direction of photography by Jeffrey Scott Gould helps set a desperate scene, driving the characters to their troubling ends, while the minimal special effects are handled expertly and efficiently, creating a terrifying atmosphere. Janda is one to watch, and it will be interesting to see what else he comes up with. At just fifteen minutes, Painkiller packs a punch worthy of contending with Mike Tyson, and has the potential to be a high impact, full feature film. CrypticRock gives Painkiller 5 out of 5 stars. 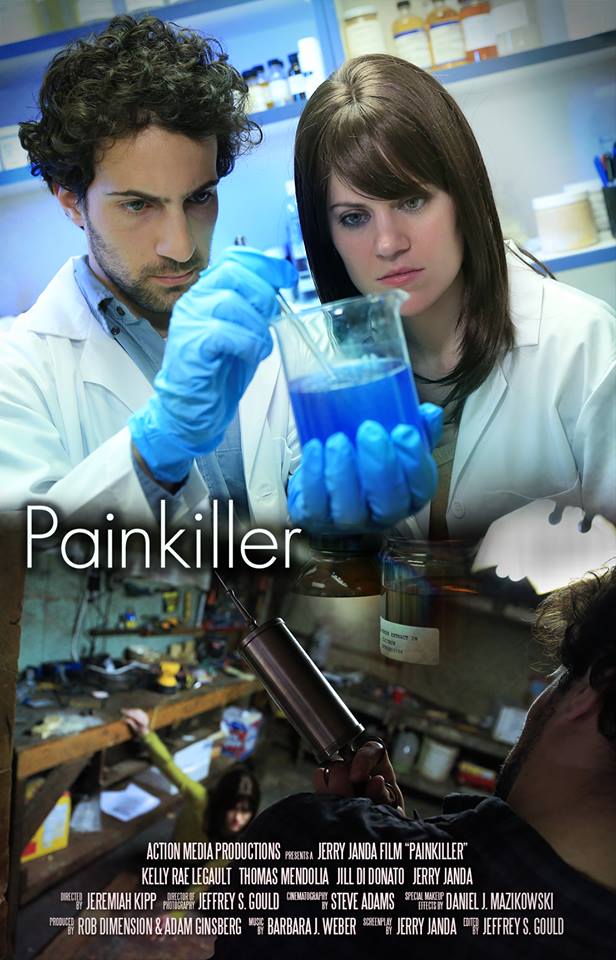