Pale Waves – All the Things I Never Said (EP Review) 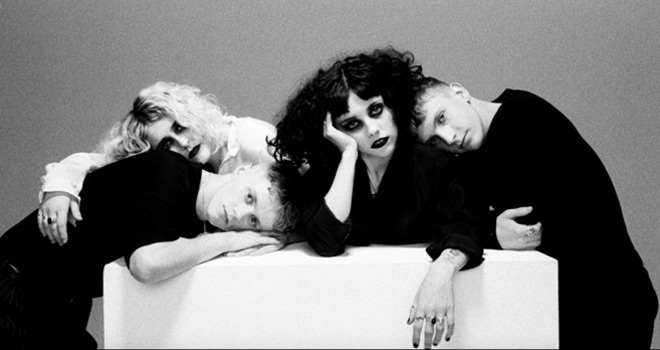 Just look and you shall find. Listen and you will hear. Be open-minded and you will be enlightened. Understand rather than ridicule. Celebrate all the things that you like, but there is no need to derogate those that you do not. In fact, give them a chance and some time and you might fall in love with them afterwards.

Many music listeners automatically dismiss new bands, without even taking the pleasurable time in diving into their respective music to discover the pearls awaiting beneath those melodies and waves. For those who are forever excited to discover something new, there will always be so many interesting new bands with equally compelling music to appreciate. One of this is Pale Waves—pale as its name might seem, its music however is as sonically sparkly as the waves of the sea and as colorful as a spectral vision in the night.

The aptly and sweetly named Pale Waves is a relatively new band, forming in 2016, in Manchester, England. Despite the newness, the English quartet—Heather Baron-Gracie (lead vocals, guitar), Ciara Doran (drums), Hugo Silvani (guitar), and Charlie Wood (bass)—have already made an indelible mark in the Indie Pop scene, especially after touring throughout Europe and North America with fellow Indie Popsters The 1975 (“A Change of Heart”). Since their inception, Pale Waves has released a number of singles that included “There’s a Honey” and “Television Romance,” which achieved a number-two placement on the UK Singles Sales Charts.

Now, while the current year has just been progressing, Pale Waves has come up with their much-awaited album, albeit still only an extended play. Slated for release digitally on February 16, 2018, and physically March 16th, Pale Waves’ upcoming EP is titled All the Things I Never Said. It builds up on the polished and shiny Alternative Pop of the singles that the band had released so far. It starts with its carrier single, the soulful, undulating, and subtly jangly “New Year’s Eve.” The vibes then burst into an electrifying rhythm and galloping sway of “The Tide,” whose guitar tracks shine and sparkle, complementing Heather’s powerful voice; a bit progressive too, owing to the slow mid-song interlude which serves as a strategic spot for the complementing interplay of the bass and the drums. It may remind the initiated of Two Door Cinema Club’s “What You Know,” Modest Mouse’s “Float On,” Pulp’s “Disco 2000,” and P!nk’s “Blow Me (One Last Kiss).”

Then there is the sparse and shimmering, Shoegaze-inspired Synthpop ballad “My Obsession.” Finally, Pale Waves wrap up their little wondrous taster with the upbeat, groovy, and glittery, dancefloor-worthy track “Heavenly,” which embodies what may be regarded as the band’s overall trademark sound.

With only four songs of inspired Dreampop whims, swelling synths, gyrating guitars, and mesmerizing moments, the listener will certainly be left craving for more. A full-length album next time is therefore in order, to complete the Pale Waves lore.

For the meantime, be ready to surf the tide with Pale Waves by playing All the Things I Never Said in repeat mode. CrypticRock gives it 4 out of 5 stars. 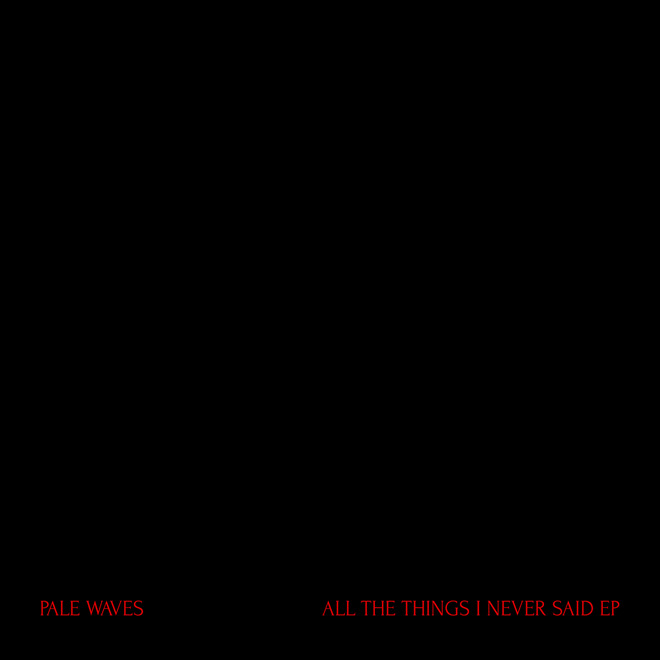 A Pale Horse Named Death – Infernum In Terra (Album Review) Information Society – ODDfellows (Album Review)
Like the in-depth, diverse coverage of Cryptic Rock? Help us in support to keep the magazine going strong for years to come with a small donation.