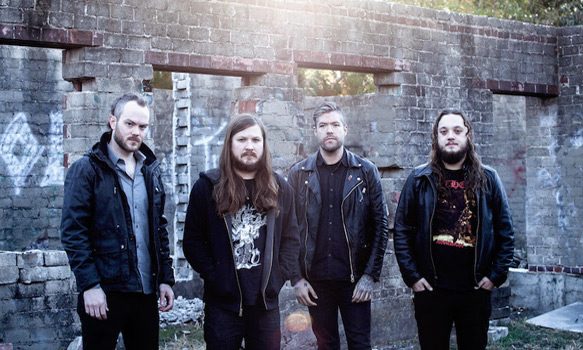 The genres of Rock-n-Roll and beastly child Heavy Metal can teeter on a fine wire within some bands. That in mind, as they are constantly evolving their sound from album to album, these bands challenge to categorize becomes even more tauntingly prominent. Such happens to be the case with Arkansas’ native band Pallbearer. As a relatively new addition to the world of Doom and Rock-n-Roll, they are now back with their third studio album, Heartless.

Released via Profound Lore Records on March 24, 2017, the new album spans seven songs and almost sixty minutes. Current members involved in this adventure include Brett Campbell with his stellar vocals and guitar, Devin Holt also on guitar and backing vocals, Joseph D. Rowland cranking out the bass as well as contributing to the backing vocals, and Mark Lierly on the doom drums. So what does this all add up to in the end?

There are quite a few aspects that make Pallbearer stand out among the masses, and one of the most original is their well structured Progressive Rock compositions that they mix up with their special flavor of doom and gloom Metal. Heartless enters to the world at a time when anguish, peril, and pure heartfelt sadness comes to light in an already darkened time. Upon first listen, the album on the whole seems to branch way outside of the comfort zone fans have grown accustomed to. Venturing into uncharted territories, there is still a grounded force of doom woven throughout just the right moments, leaving listeners no reason to fear the journey.

The track “Thorns” seems to be the most familiar and also the most interesting of the lot, offering a heavier sound with a doom message. As far as the vocals throughout the album, they prove be of a worthy range and come across as exceptionally done and mastered. That said, there are not many doom singers who have such a progressive range, and again, this odd combination of genre proves worthy of a solid sound when structured accordingly.

Like any well produced album, volume level is a key part of the listening experience for Heatless. Dynamic, and well-arranged, there is much to absorb on a low volume, it becomes muddled and transitions into a fantastic pre-bedtime addition to one’s musical collection playlist. On high volume, or in a live setting, it is extremely progressive and full of challenging surprises.

The other main difference in Heartless versus older Pallbearer albums is that, for the first time, the feeling is mostly somber upon the end of the listen. This is while, on previous albums, they had a knack for bringing forth the celebration of funeral subject matter, all while focusing on this musical working and dismal memories The exception to this ideology is “Cruel Road,” which delves in some of the heaviest Metal guitar, bringing a more lighthearted appeal into the mix.

Then there is the second longest song on the album, “Dancing In Madness,” reaching just under twelve minutes, and leaving no alleyway unturned. Lastly, “A Plea For Understanding” actually breaks the twelve minute mark. Unfortunately, the finale seems to be the weakest link, and some listeners may agree as it could have lost three minutes without remorse. Nonetheless, the track is a pleasant and a peacefully darkened trip, yet it does not switch over enough to be in total understanding of the madness behind it. Starting with such an ethereal undertone, the expectations are at rest, but then it literally paints the image of someone watching a gravestone or from the perspective of a somebody buried alive, representing the weakened soul and endless time spent staring at a coffin top.

The clean guitars and super defined high-range vocals mixed with the Progressive Rock that stands adjacent to heavy Doom Metal riffs sets Pallbearer apart in a positive way, and that makes Heatless a unique album. There is a definite juxtaposition between the added excitement of a live performance as well as the clean mastery of sound and layers on the recorded album that both command equal attention for opposite reasons.

While it may not be a first pick among longtime Pallbearer fans, it nonetheless lends itself credit in the Rock and Progressive world that it was not as associated with prior. This daring leap could perhaps open up the band to a whole new set of fans who need to heal their otherwise heartless souls. Without another care in mind CrypticRock gives Pallbearers’ Heartless a rating of 4 out of 5 stars. 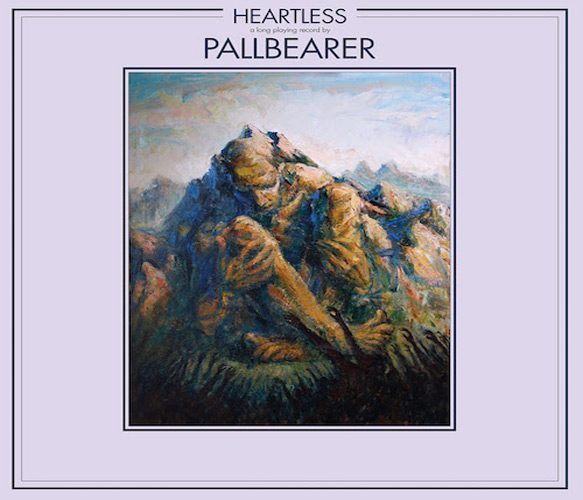