Not dissimilar to films like the Resident Evil and Containment series, comes the latest Action Science-Fiction film from New Artists Alliance, Taros Media Group, and Parkside Pictures, Pandemic. Written by Dustin T. Benson as his debut film, and directed by John Suits (Breathing Room 2008, Extracted 2012), Pandemic will see it’s release in theaters April 1st as well as on Video on Demand on April 5th via XLrator Media. Originally called VIRAL, the film could be set in current times, and touches on one of our greatest fears as humans, disease outbreak. 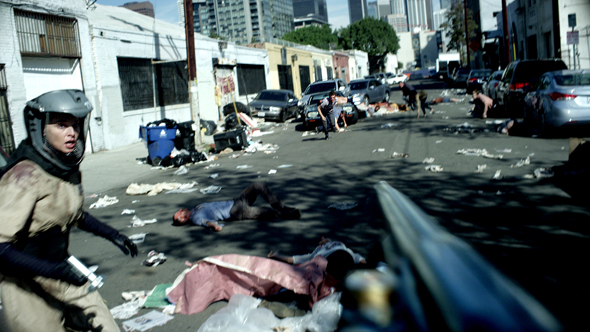 At the start of the film, we meet a young family. Father, David Thomas (Robert Lewis Stephenson: American Horror Story TV series, Before I Got Famous TV series), and his daughter, Megan (Danielle Rose Russell: A Walk Among the Tombstones 2014, Aloha 2015), are taking a trip to Joshua Tree. Life is wonderful, and they are excited about the trip. Fast forward some time later, and a rage-type virus has swept across the world, infecting a large percentage of the population.

Doctor Chase (Rachel Nichols: Continuum TV series, Chicago Fire TV series) is assisting the military with the containment process, and looking for uninfected and infected people to conduct research upon. She is taken to a new place, having just left a devastated New York City where she meets the team that will protect her. Among them are Gunner (Mekhi Phifer: ER TV series, Torchwood TV series), Doctor Greer (Paul Guilfoyle: CSI: Las Vegas TV series, Colony TV series), and Denise (Missi Pyle: Gone Girl 2014, Two & a Half Men TV series). Doctor Greer explains to Chase that there are five levels of infection of the virus, the last stage being, by far, the worst. It is imperative they do as much research as possible to help the people who remain and rebuild the human race.

As the team travel through abandoned towns, they are surrounded by infected people, who quite often prevent them from helping uninfected people. The journey is treacherous, offering little hope for the future. Doctor Chase does not give in, and in desperation reveals she is looking for her daughter and husband. Everywhere they turn, they are met with despair, and the breakdown of human society. Chase struggles to keep herself and the team alive, while keeping hope for her family’s survival. The further she goes, and the closer she gets to her family, the more she realizes things could be worse than she first feared.

Pandemic is filmed somewhat like a live action video game, which provides a unique viewing perspective. While the storyline is not original, the cinematography gives it a different feel, and a surprising twist at the end packs a punch. The acting and dialogue are exceptionally well done, with a mixture of experiences and lesser known actors. A solid story with fast-paced action, the viewer is pulled into Rachel’s experience.

The special effects are solid, and blend seamlessly into each scene, assisting to propel the story forward. There is not too much lingering in inactive moments, and enough information to form conclusions, without confusion. While there is not a lot of introduction to Rachel and her family, it is enough to provide urgency, and empathy from the viewer.

For Benson’s first film, Pandemic shows a lot of promise and quality; viewers can expect much more in the future. Nichols does an outstanding job carrying most of the film from her perspective, and the changing camera angles keep the tension tightly wound. Pandemic is a more than decent contribution to the Science-Fiction genre, and worth spending 91 minutes watching it. CrypticRock gives Pandemic 4 out of 5 stars. 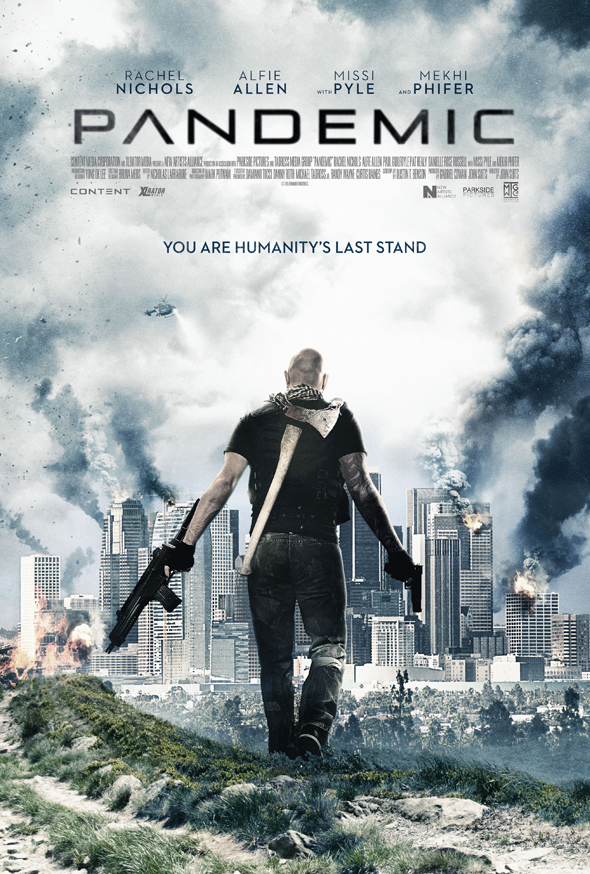