Panic! At The Disco – Death Of A Bachelor (Album Review) 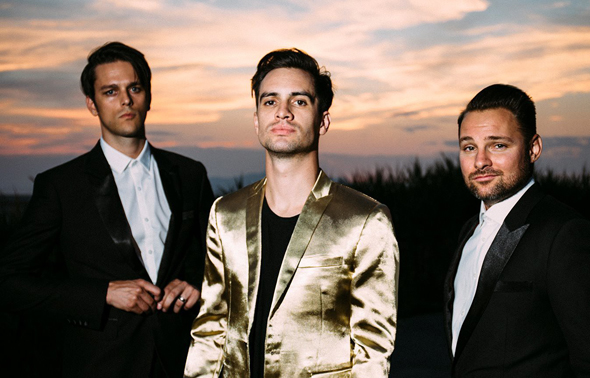 More than ten years after Las Vegas natives Panic! At the Disco released their debut album, A Fever You Can’t Sweat Out, and after several changes to their lineup and sound over the years, the fifth studio album, Death of a Bachelor, set to be released on January 15, 2016 via Fueled By Ramen/DCD2 Records, left Brendon Urie as the only remaining original member. With free reign to experiment and explore, Urie used this artistic freedom to evolve Panic! At the Disco’s sound and create their strongest album to date. While there are songs that hark back to the band’s earlier days of Vaudevillian Pop-Punk, the eleven tracks on Death of a Bachelor culminate in a hodgepodge of genres, a collection of stylized songs, sometimes larger than life and evoking Gatsby-inspired overindulgence, but also balanced by jazzy, simpler tunes.

The album opens with the anthemic and dynamic “Victorious,” a fist-pumping, energetic track that sets the tone of the party that is Death of a Bachelor. From the first clap and cheer as the song begins with “Tonight We Are Victorious, Champagne Pouring Over Us,” the listener knows there is confetti in sight. Melodically, the song offers various textures as it transitions between minor keys that give a slightly sinister edge to accompany its debaucherous subject matter, and a catchy chorus. Urie uses his vocal acrobatics skillfully throughout the song, which also employ synths and percussion to make it worthy of any dance party.

The energy and debauchery does not let up in “Don’t Threaten Me With A Good Time.” The song begins with a Surf Rock vibe, perhaps a nod to Urie’s love for The Beach Boys, the reverb-drenched electric guitar making an appearance throughout the track providing its bass line. Urie is playful here with both the structure of the song and its lyrics. Rhythmic piano and layered falsetto backing vocals add an operatic and theatrical quality, infusing the song with elements of Baroque Pop. The song is fun and humorous with lyrics like, “I lost a bet to a guy in a chiffon skirt, but I make these high heels work,” and, “I’m not as think as you drunk I am,” further exploring those moments of spiraling decadence.

The first single off Death of a Bachelor, “Hallelujah,” offers a Gospel sound, church choir included, as Urie acts as the Pop-Punk preacher riling up his crowd of “sinners.” The song sees Urie sermonizing to his followers, his fans, owning his past and ready to press the reset button and move forward.

The album then moves into Vaudevillian territory with “Emperor’s New Clothes.” The song captivates and mesmerizes with its bursts of harmonized dissonance. The track alludes to the old Hans Christian Anderson tale, which tells of the dangers of being unable to escape convention and the necessity of being able to think for oneself. Urie creates a dark and dramatic atmosphere here as his tale tells of accepting and owning one’s darkness, but the track also seems to discuss the rebirth of Panic! At The Disco’s sound and this venture Brendon Urie has taken on his own. The song is full of style as Urie’s explosive vocals reach soaring heights accompanied by a biting beat. Again, the song takes on an operatic quality, which brings to mind a Queen-influenced facet to the track.

The title-track and second single. “Death of a Bachelor,” provides a change of pace as Urie scales down the production and offers a smooth, crooner tune inspired by Frank Sinatra. The song is jazzy and sensual, highlighting Urie’s vocal prowess. He is really able to shine here and show how well-suited his voice is for this style. The song is a hybrid of classic and modern as Urie throws in electronic beats to complement the brass section and smooth snaps.

The jazz theme continues with the Big Band Swing sound of “Crazy=Genius.” The song ignites a desire to throw on a zoot suit and hit the dance floor as screaming horns and rattling drums get the blood pumping. Again, Urie’s voice suits the Swing Jazz arrangement, which dominates the verses, while the addition of electric guitars welcomes a Rock chorus.

An upbeat homage to Los Angeles, “LA Devotee,” is a triumphant and infectious Pop-Rock track. The instantly addictive chorus and lighthearted vibe of the song make it lean heavily on the Pop spectrum, but the inclusion of brass and horns incorporate a Jazz characteristic, adding texture to the tune and continuing Urie’s masterful mixture of classic and modern. Brendon Urie brings a heavier Pop-Punk sound to “Golden Days” with syncopated drum beats and rhythmic Punk guitar progressions, but returns to a horn-heavy, grittier sound on “The Good, The Bad and the Dirty.”

As the album comes to a close, a haunting and eerie nature follows the Electro-Pop aspects of “House of Memories.” For the most part, the song keeps its mid-tempo structure with a toe-tapping, sing-along quality, but the bridge creates an ominous tone as the piano previously sprinkled in the background takes center stage along with Urie’s searing vocals.

The final track, “Impossible Year,” sees Urie once again channeling Frank Sinatra. The song is a slow, somber Jazz number, stripped of Pop or Rock elements. The ballad shows Urie in a reflective state as he croons, “Just a beach front of bad blood, and a coast that is unclear.” An orchestral instrumental solo in the middle of the track adds to the sentimental nature of the song before Urie closes the track on an unresolved minor note.

Death of a Bachelor is a tour de force with Brendon Urie using every opportunity to show his audience that he can evolve Panic! At the Disco’s sound, bringing every weapon he has to the table. The album is ambitious and a thrilling ride showcasing Urie’s strength as an artist. CrypticRock gives Death of a Bachelor 4 out of 5 stars. 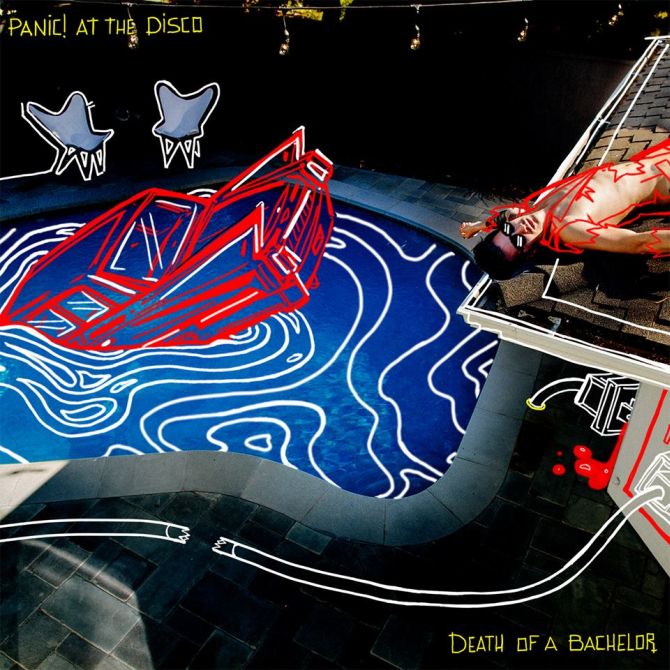 Witch Cross – Angel of Death (Album Review) A Pale Horse Named Death – Infernum In Terra (Album Review)
Like the in-depth, diverse coverage of Cryptic Rock? Help us in support to keep the magazine going strong for years to come with a small donation.

Album review, Death of a Bachelor, Panic! At The Disco
Print page
0 Likes