Mexican Film Director, Screenwriter, Producer, and Novelist Guillermo Del Toro has always had a knack for creating beautiful, yet dark imagery. Often known for connecting fairy-tales with Horror-based themes, early in his career he released such memorable works as the 2000’s overlooked The Devil’s Backbone prior to blockbuster hits such as 2002’s Blade II and 2004’s Hellboy. Then, in 2006, he offered the world perhaps his most vivid work of all, El Laberinto del Fauno, which in English translates to Pan’s Labyrinth. A film that was presented in Del Toro’s native Spanish language, Pan’s Labyrinth saw release in both Mexico and Spain in October of 2006, and on December 29th of that year saw a limited release in the United States. Topping many best-of lists for 2006, including that of reputed film critic Roger Ebert, the movie received almost universal praise. So much so that Del Toro’s script, as well as the produced and directed film is now considered his finest film a decade later. 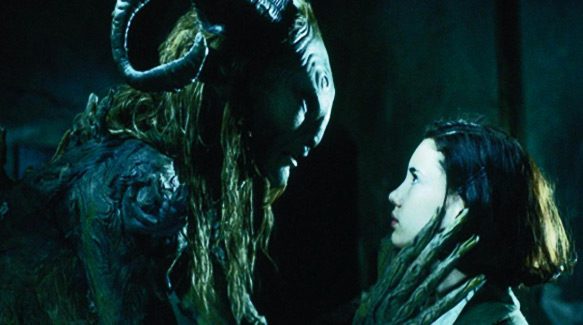 Following a young girl, Ofelia (Ivana Baquero) as she moves with her mom to live with new step-father Captain Vidal (Sergi López), a brutal Falange leader in 1944 post-civil war Spain. The narrator (Pablo Adán) begins by spinning a tale of Princess Moanna, daughter of the king of the underworld, who is lost to her world when she enters ours and forgets who she is. The king places labyrinths around the world, hoping one day his princess would return. And so young Ofelia is torn between her life aiding her ill, pregnant mother Carmen (Ariadna Gil) during the turmoil of war, and the life offered to her by the Faun (Doug Jones), which promises happiness and immortality, but with a hefty price.

A foreign War movie, mixed with grim, dark fantasy, Pan’s Labyrinth was a simply breathtaking unity of writing, visuals, and storytelling. Moreover, what really made the film stand out are the array of characters and the cast which portrayed them. 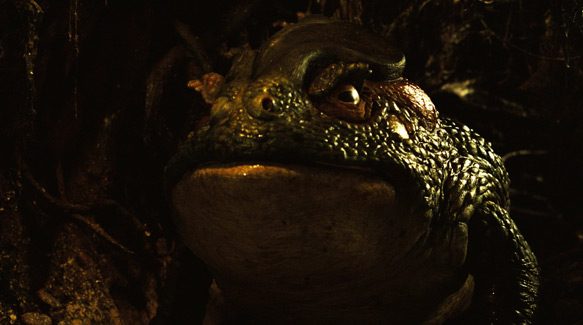 Eleven year old Baquero gave an award-worthy performance as Ofelia. Her character provides seamless transitions between the uber-realistic events of the war and the ethereal, darkly fantastic world of the faun and fairies. She is the vehicle of catharsis for the audience, an innocent caught between childhood and maturity, extremes pulling her in every direction when all she really wants is safety and love. In the end, it is her death, and subsequent return to immortality in the afterlife, that releases the tension of the film. It is an end that leaves the audience broken, but also renewed. Fans of Fantasy should note that Baquero now plays Eretria in MTV’s 2016 Fantasy series The Shannara Chronicles.

López, as Captain Vidal, was a despicable antagonist that drove the entire plot forward. He was a man obsessed with order, desperate for a father’s approval, and willing to stop at nothing to accomplish his goals. Evil, yet Del Toro coaxes sympathy at times with the clearly volatile mentality of the character by giving indirect glances at his troubled past. Vidal represents the brutal truth of life. Life is hard, and painful, and if you let reality take over, there is a kind of death of childhood, of wonder and imagination. In that path lies annihilation.

Maribel Verdú plays Vidal’s housekeeper Mercedes. She and Dr. Ferreiro (Álex Angulo) are in the service of Vidal, but act as rebel sympathizers behind his back. Both actors deliver heartfelt roles and display alternative choices for Ofelia to follow in her life. They also suffer, given to the inevitability of life’s pain, but they strive in direct opposition to Vidal. Hope drives them, and the desperate need for freedom. Wonder is not gone for them, but rather buried under the ashes, waiting for the storm to pass to send out shoots. On their path lies sorrow, but also the promise of the continued good of humanity. 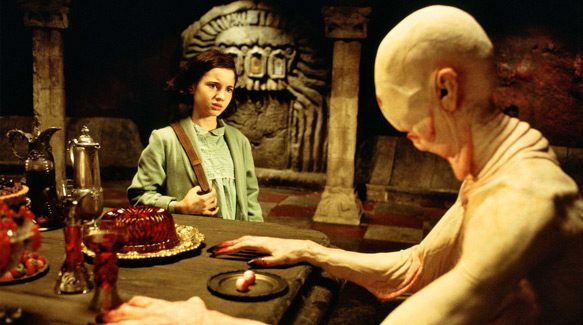 Then there was legendary makeup actor Doug Jones playing the Faun, as well as child-eating creature Pale Man. He works with Del Toro often and spent five hours every day getting makeup applied. Originally, he was going to voice the faun as well, but was nervous once he found out the film would be in Spanish. Despite Jones’ hard work to master his lines, he was dubbed over with the voice of Adán, though his work made it easy to sync Adán’s voice with the lip movements onscreen. More recently, Jones can be seen in new television series Star Trek: Discovery, slated to air in 2017.

The themes involved within Pan’s Labyrinth are as much, if not more powerful today, than ten years ago. It is said by some that the film is in many ways an anti-thesis to Catholic dogma. However, it also provides support for Catholic tradition, with Ofelia’s reconciliation with her father king in the underworld showing that despite the pain and struggle of life, if we pass the tests, we will meet with blessed immortality. The end is debated, whether Ofelia’s fantasy world was real or in her head, but Del Toro confirmed that it is meant to be real and that several hints are given throughout the film to that end. It also adds power to Ofelia’s fulfillment of the messiah role. 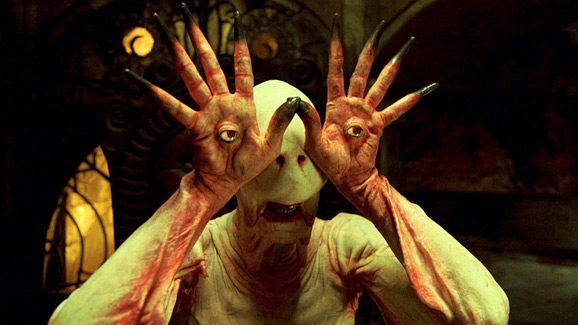 Described as a spiritual sequel to Del Toro’s earlier film, the aforementioned The Devil’s Backbone, Pan’s Labyrinth also parallels themes of the power of choice and the knack of history to cling to societies pushing through it. All of the characters represent different factions we encounter in life, but Ofelia is our guide, or albatross depending on your perspective, that shows us an ideal vision for humanity. The rebels represent the struggle to reach that ideal, while Vidal represents everything working against it—no one reaching it without sacrifice.

These themes are universal, archetypal struggles that play out across the globe every day. No one wants a power to have full control over them, be it through government or the machinations of corporate entities. Each side tears at every other, while a quiet minority from each works to reach for common grounds. It is a vicious cycle and where we put our effort is what defines our lives. Pan’s Labyrinth, then, speaks to some of the most common questions and struggles of humanity.

Overall, Pan’s Labyrinth is a cinematic masterpiece. On its surface, it is art at its finest and the story hits each emotional beat with a perfect strike. The cinematography, acting, and makeup alone will allow the movie to stand for decades as a triumph. Del Toro, though, gives the film its real force with the themes he explores. He has shown and continues to show that Mexican film-making can match and exceed Hollywood’s. His weirdly fantastic flights of fancy, combined with the value he places on history and shared human experience make Pan’s Labyrinth one of the best films of the 2000s, and arguably of all time. 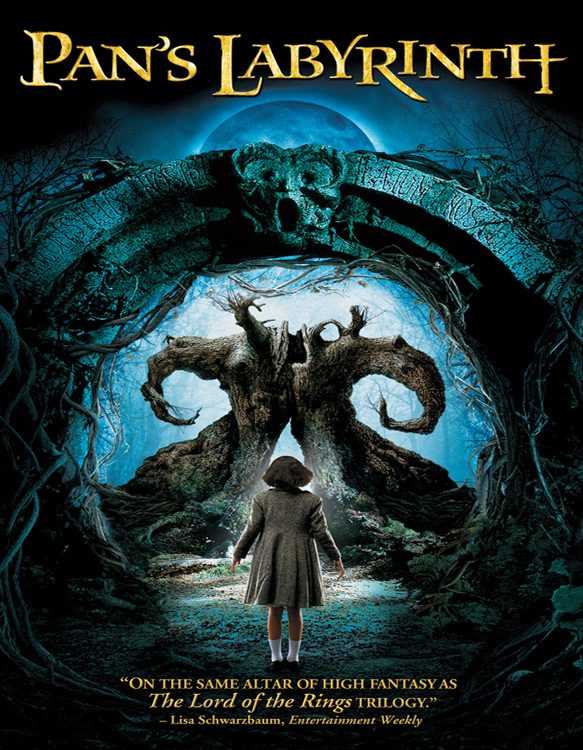