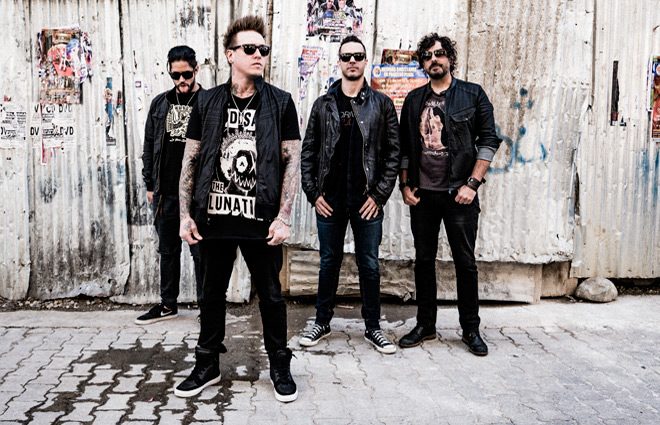 No, they are not nameless or faceless, and yes, they were born for greatness! (Those are lyrics, folks.) Papa Roach make their triumphant return to your ears with Crooked Teeth on May 19, 2017, via Eleven Seven Music.

At this point in their career, Papa Roach are somewhat of an institution: formed twenty-four years ago in Vacaville, California, the quartet made their major label debut in 2000 with Infest – surely you remember the vicious stomp of lead-off single “Last Resort?” – a massive commercial success that thrust the group immediately into the sonic spotlight.

Infest’s successors, 2002′ Lovehatetragedy and 2004’s Getting Away with Murder, would go on to achieve Gold and Platinum status, respectively. Over the group’s twenty-four-year career, they would release eight studio albums; be nominated for two Grammys; and sell over twenty million records across the globe. Touring with everyone from Eminem to Marilyn Manson, Papa Roach have busted their collective ass to build their musical dynasty.

Welcome to Papa Roach 2017! The quartet’s ninth studio album, Crooked Teeth, featuring Vocalist Jacoby Shaddix, Guitarist Jerry Horton, Bassist Tobin Esperance, and Drummer Tony Palermo, presents a collection of ten tracks, recorded with love and ferocity in a cramped North Hollywood studio. Produced by up-and-comers Nicholas “RAS” Furlong and Colin Brittain, Crooked Teeth dances nowhere near their former Nü Metal beginnings, and instead embraces a mature, melodic, Rock-n-Roll sound that is as infectious as it is adult. Shaddix raps, yes, but this is not an album that centers around Rap breakdowns.

Crooked Teeth kicks off with the explosive “Break The Fall” – about keeping your head together in a world that wants to beat you bloody – presenting a massive sound that sees some seriously pulverizing bass and guitar-work from Esperance and Horton, along with soaring vocals from Shaddix. Title-track “Crooked Teeth” is a mature, melodic thrill-ride of Arena Rock with the attitude of the group’s debut stomper, “Last Resort.” It moves perfectly into the vicious raps of “My Medication” – a rocker about being intoxicated by a lover.

“We’re not nameless, we’re not faceless, we were born for greatness,” Shaddix promises on the stand-out offering “Born For Greatness.” Delicious attitude and Shaddix’s characteristic Rap-lines blend beautifully into infectious, pure Rock-n-Roll choruses. It moves the band into the quasi-political “American Dreams,” where Papa Roach ask some eerily pivotal questions (“Have you ever thought that war was a sickness?”). An interesting direction for the band, it is a truly catchy, upbeat rocker that tackles some weighty subject matter.

The gorgeous “Periscope,” a ballad about letting go, features the stunning Singer-Songwriter Skylar Grey, who has worked with the likes of Machine Gun Kelly, Zedd, and Cee Lo Green, among many others. Grey and Shaddix complement one another perfectly, creating a hauntingly beautiful duet that is a clear stand-out in this collection. It is followed by a plea for “Help” amongst soaring vocals, pulsing bass-lines, and infectious melody. The story of misfortunate beginnings, youthful transgressions and manslaughter, “Sunrise Trailer Park” sees some seriously emotional vocals from Shaddix with a fierce rap from the infamous Machine Gun Kelly. It all segues into the vicious gut-punch to the senses in the opening chords of “Traumatic,” a delicious assault, with the quartet’s early Punk roots coming out to play yet again on finale, “None of the Above.”

Crooked Teeth is an album that starts off with fireworks and possesses some truly superb musical moments. Elevating Papa Roach to the next level in their musical journey, it is an album of thoughtful lyrics, stellar musicianship, and some truly superb collaborations. While Crooked Teeth does not rewrite the book on Rock music or travel any roads not previously taken by others, it offers up a solidly infectious listening experience that is perfect for the summer of 2017. For these reasons, CrypticRock give Papa Roach’s Crooked Teeth 4 of 5 stars. 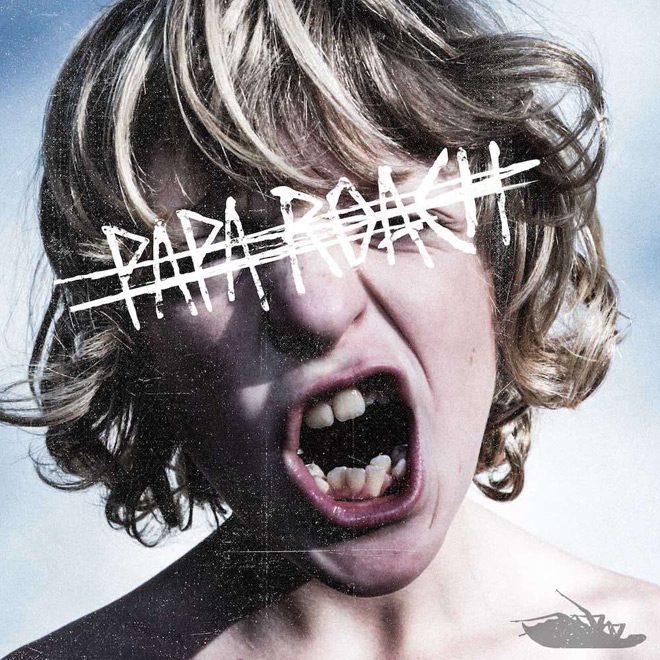