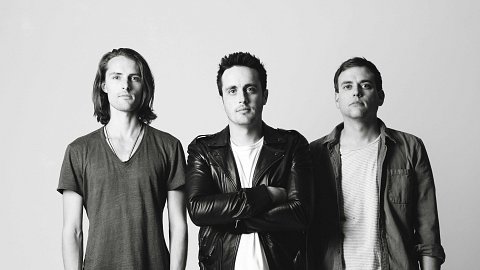 Alternative Rock band out of Charlottesville, Virginia known as Parachute has grown by leaps and bounds. Formed back in 2006 while still in college, the band embarked on a head-spinning journey that would find them signed on with Mercury Records within a year, and, by 2009, they released their debut studio album, Losing Sleep. With successes such as reaching #1 on the iTunes charts for their hit single “She is Love,” opening for artists Goo Goo Dolls, Switchfoot, and many more, plus making appearances on talk shows such as Good Morning America, as well as Jimmy Kimmel Live, it is safe to say Parachute has gained a strong fan base through the years.

As a musician, the only attributes that can hold back creativity are limitations. With that said, Parachute took the past years to develop their creative realization and let a strong message kick in; there are no barriers when it comes to music. Keeping this in mind, Parachute grabbed hold of a familiar face, and, with a keen mindset, jumped back in the studio to work on their fourth studio album, Wide Awake. With an already extensive discography of releases, current members Will Anderson (lead vocals, guitar), Johnny Stubblefield (drums), and Christopher “Kit” French (saxophone, keyboards) reconnected with Producer John Fields to record the twelve new tracks. Fields, who worked with the band for Losing Sleep and 2011’s The Way It Was, made it feel like home for the band, and now, on March 11th, the new album finally sees the light of day via their new label, Vanguard Records.

Launching into Wide Awake, it is already plain to see Parachute’s positivity with upbeat tempos and brightly sung lyrics. The first track off the album, entitled “Without You,” features a catchy melody, Gospel-like background vocals, and instills the feeling of romance and/or platonic friendships. Sticking with the theme of fondness, “What Side Of Love” is a passionate and harmonic piece, with a more slowed down tempo. The song is about not giving up on love, offering an almost feel-good sentiment.

Next comes “Jennie,” a calm and mesmerizing track about heartbreak. With melodic background vocals, and soft percussion, the tone is sensitive and ear-pleasing. With lyrics, “I still feel you in my arms,” it gives the listeners a sense of sadness. Sticking with the same tone as the previous track, “Everything,” a subdued ballad, spotlights breathtaking instrumentals and melancholy lyrics, which shows the mastery of Parachute’s musical range. Shifting the tone back to unequivocal, “Lonely With Me” is a playful and delightful addition to Wide Awake. This track highlights enthusiastic instrumentals and lyrics, adding a harmonica solo to end out the song.

With an overall illusive atmosphere, “Love Me Anyway” is a track about acceptance. This song is memorable with quotable lyrics such as, “I know you’re gonna love me anyway,” embroidered with an almost hypnotic beat. Getting back to a Gospel-Funk feel, “New Orleans” is a fun, upbeat track filled with lush harmonies, and infectious zeal. It has a sound that will transport listeners down South in the heart of New Orleans; this is a song that one cannot resist dancing to. “When You Move” is more of an acoustic piece that glows with sorrow and woe. The song spotlights delicate harmonies and a contrary peaceful vibe.

Bringing another major shift, “Getaway” is an inspirational track about going after what one wants. From start to finish, the song is optimistic and dynamic, giving listeners a sense of being. With more of a Pop sound, “Crave” is a danceable and energetic song. With a defined and exhilarating beat, this song will stick with all listeners. Track eleven, entitled “What Breaks My Heart,” is another intoxicatingly dismal ballad off of Wide Awake. This song features an emotional guitar solo and hopeful lyrics alongside vocals. “Waking Up,” the last track off of the album, is a song that showcases Parachute. A perfect ending to a masterful record, this song highlights hopeful and optimistic lyrics.

Taking a step forward with the band’s sound, Wide Awake is an album to fully immerse its listeners. Filled with the ups and downs of life, Parachute is a relatable and pleasurable group to invest one’s time in. Demonstrating what it means to be limitless, this album is an introspective delight. Almost always, new music means live shows are right around the corner. To commence their nationwide headlining tour, Parachute will play a hometown show on March 26th, followed by a large array of cities and special guests, so pick up Wide Awake before getting tickets. CrypticRock gives this album 5 out of 5 stars. 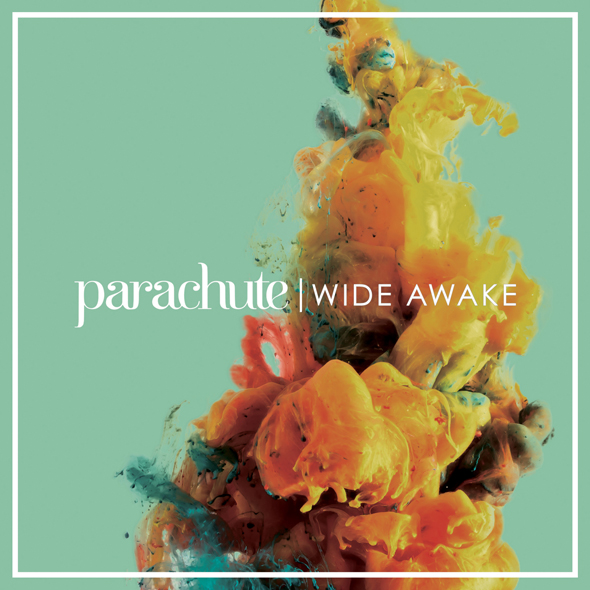