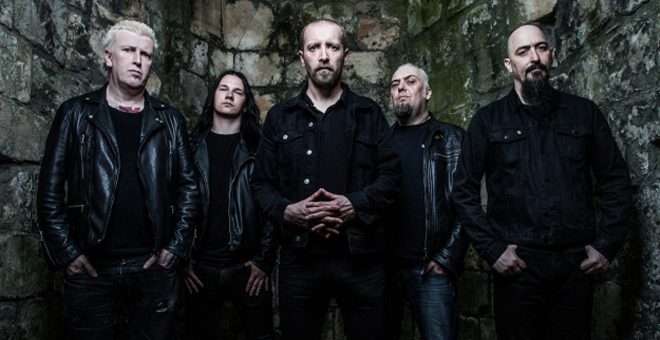 Recognized as founding fathers of the Death-Doom Metal genre, as well as what is called Gothic Metal, Paradise Lost are an entity unto themselves. A band who is approaching their 30th anniversary, they have dabbled in various styles while making it difficult to pigeonhole them into a corner along the way. Built on a foundation of Vocalist Nick Holmes, Lead Guitarist Gregor Mackintosh, Rhythm Guitarist Aaron Aedy and Bassist Stephen Edmondson, Paradise Lost returned on September 1st with their new album, Medusa.

Studio album number fifteen, a landmark in any band’s career, Medusa is the first for Paradise Lost on Nuclear Blast Records. Following a longstanding relationship with Music For Nations, they spent nearly a decade with Century Media before signing onto Nuclear Blast, and the pieces of the puzzle seem to fit just right. In addition to the label change, they also bring in fresh blood with new Finnish Drummer Waltteri Väyrynen while retaining the services of Jaime Gomez Arellano for the second straight album as producer. So what does Paradise Lost bring to the table with Medusa?

Well, those who have followed the band for the past 20 or 30 years know the best way to describe their career is in periods. Of course there were the early years with the Death-Doom sound most prevalent. Then, there was the middle years where they shifted to cleaner vocals, mixing in dark elements, thus unintentionally founding Gothic Metal. From there was an electronic time mixed in with the Metal, often sounding more along the lines of Dark Rock. Of late, Paradise Lost has circled back to their roots with Holmes dusting off the harsh vocals as heard most boldly on 2013’s Tragic Idol and again on 2015’s The Plague Within. That said, can listeners expect more of the same with Medusa?

Not quite, eight tracks in total, Medusa is sort of a meshing of old and new Paradise Lost for one enjoyable sounding record. Certainly more Doom-like than they have sounded in recent years, “Fearless Sky” opens the affair in a dark, ominous fashion that sets the table for the rest of the record. Here, Holmes’ vocals are gruff, rough, and everything in between. Then, giving it a bit of a balance, clean singing is interjected midway through for an epic beginning.

Bold as hell to launch an album with the longest song of its entirety, from here, Medusa offers a strong collection of songs that will bring back memories of the guitar tone heard on 2007’s In Requiem and even 1993’s Icon. Prime examples are “Gods Of Ancient,” “From The Gallows,” the eerie title-track, one of the only with solely clean vocals from Holmes. Rich in atmosphere and building a mood, other songs such as “The Longest Winter” sink into the psyche while “No Passage For The Dead” is the perfect melding of Holmes vocal styles.

Ringing in textures of the 1995’s Draconian Times era, “Blood and Chaos” is complete with a heavy groove and an equally macabre music video to go along with it. Reflective of the whirlwind that is our world, this song as well as others tap into the idea of morality, religion, and political figureheads controlling our lives. Fitting as such, “Until The Grave” closes out Medusa with beautifully placed church-like chorus in the back drop while Paradise Lost deliver yet another tune that shows they will not be buried six feet under anytime soon.

Overall, Medusa is Paradise Lost at their finest. It offers everything one would expect from the band and all while not sacrificing composition quality. It is not easy to churn out quality material year after year for nearly 30 years. Some records are hit or miss, but Paradise Lost has seemed to have found a knack for hitting the mark much more than missing. For these reasons, CrypticRock gives Medusa 4.5 out of 5 stars. 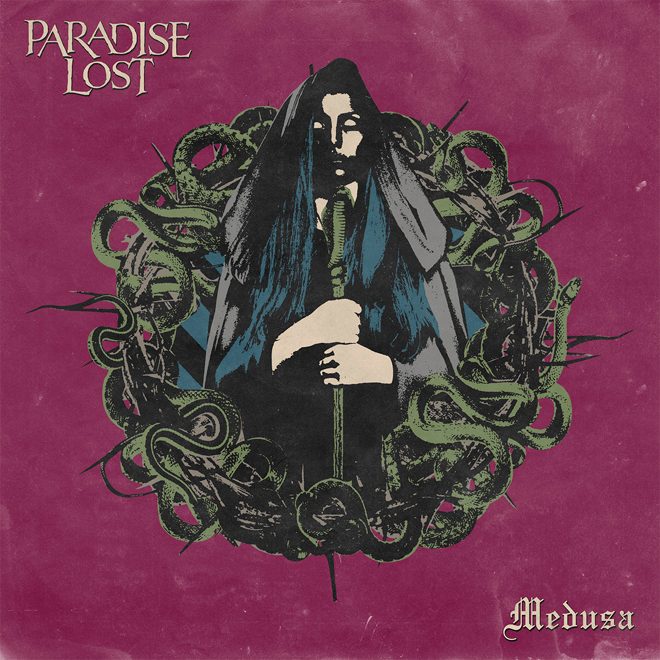