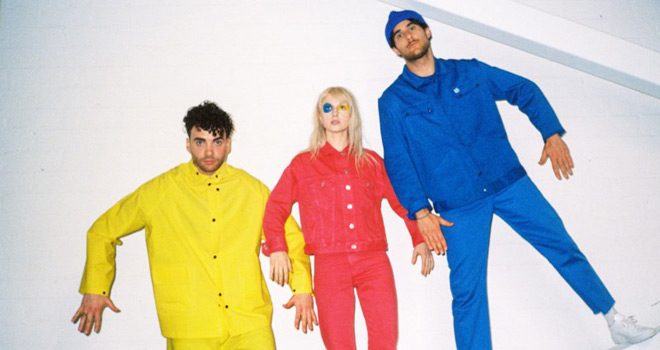 After the laughter comes the hard work: getting down to maturity and moving forward in a world full of false idols, fake happiness, and emotional charades at every turn. Returning from a four-year absence, Paramore are once again delighting fans with After Laughter, as of May 12th via Fueled by Ramen Records.

Formed in the suburbs of Nashville, Tennessee in 2004, Paramore’s debut album, All We Know Is Falling, hit stores in 2005 and would claim the No. 30 slot on Billboard’s Heatseekers Chart. Two years later, they followed this up with the commercial success of Riot!, which saw the band nominated for the 2008 Best New Artist Grammy. Two-thousand and nine’s Brand New Eyes landed at No. 2 on the Billboard 200, and would go on to be certified Platinum in Ireland and the UK, as well as going Gold here in the U.S., Canada, Australia, and New Zealand.

Following dramatic lineup changes in 2013, the band – now a trio – would release their self-titled, fourth studio release and take home a Grammy for Best Rock Song with “Ain’t It Fun.” Throughout it all, they have been fronted by the vivaciously likeable Hayley Williams – she of many a vibrant hair color – a young woman who is always (tastefully) pushing style boundaries.

Paramore’s fifth studio album, After Laughter, marks the return of Drummer Zac Farro, who – along with Williams and Taylor York (Guitar), who co-produced the album – currently comprise the trio. Co-Producer Justin Meldal-Johnsen handles bass on the album. Sonically upbeat – and with a myriad of influences creeping in from 1980s New Wave to Ska – lyrically this is a mature, serious exploration of life in Paramore nearly fifteen years after their humble beginnings.

Falling in love with an optimist can test the best of us pessimists, as Williams notes in the upbeat, Dance Pop of “Rose-Colored Boy.” Second single “Told You So” is held down by some seriously fabulous bass-work by Meldal-Johnsen, and delicious pessimism at its finest, lyrically. “For all I know, the best is over and the worst is yet to come,” Williams sings to trendy electronics and a soft Ska influence. “Fake Happy” hits home with a weighty discussion of how many of us put on a façade of happiness when we are actually crumbling inside. Musically, it sounds like an upbeat party, though Paramore are falsely jovial to drive the point home with vigorous emphasis.

They continue their sage wisdom with “26,” an introspective ballad, which is followed by “Pool,” where the multi-layered sonics evoke glittering sunshine on the crest of the water. Williams and co. craft delicious Pop Rock songs that often times sound like a full-on party, yet possess a deeply emotional, oft haunting theme behind their contradictory sonics. Paramore are intentionally ironic, crafty, witty, and full of sage wisdom, filling After Laughter with an honesty that is decidedly lacking in much of Pop these days.

New Wave influences create a perfect 1980’s dance party on “Grudges,” full of the wisdom that holding grudges in life gets us nowhere and fast. “Caught In the Middle” is a funky little track with a lyrical conundrum: not wanting to be a quitter but understanding that, often times, the ride is a difficult one that can wear on us. It all reflects a certain maturity that crests on the upbeat Dance Pop of “Idol Worship,” where Williams wants you to know that she is not available to be your idol because today’s idols are not worthy of our worship. She is just a woman, folks: inherently flawed by her humanity, as we all are. The message is intense, but the track is deliciously fun and infectious, a perfect representation of the dichotomies of After Laughter.

Following next is the spoken word poetry of mewithoutYou’s Aaron Weiss on “No Friend,” a track that reads like an Outro to its predecessor. It bridges the gap into “Tell Me How,” where Williams pleads for a former lover to quit the games and tell her how to feel, in a truly bittersweet, beautiful piano ballad that ends the album on an intense, emotional high. The words “Your silence is the most violent” echo into the night as After Laughter comes to its poignant conclusion.

After Laughter has already broken the Top 20 across a healthy handful of the globe with its mature, introspective lyrical content set to infectiously catchy, happy musical dances that cross genres flawlessly and without feeling forced. The album is a beautifully pivotal evolution in the Tennessee threesome’s career, though they remain deliciously likeable here, as always.  While their sound may be moving away from Warped Tour and the scene that gave them their initial push, that is okay: we can’t all be summer campers for all of eternity! For these reasons, CrypticRock give Paramore’s After Laughter 4 of 5 stars. 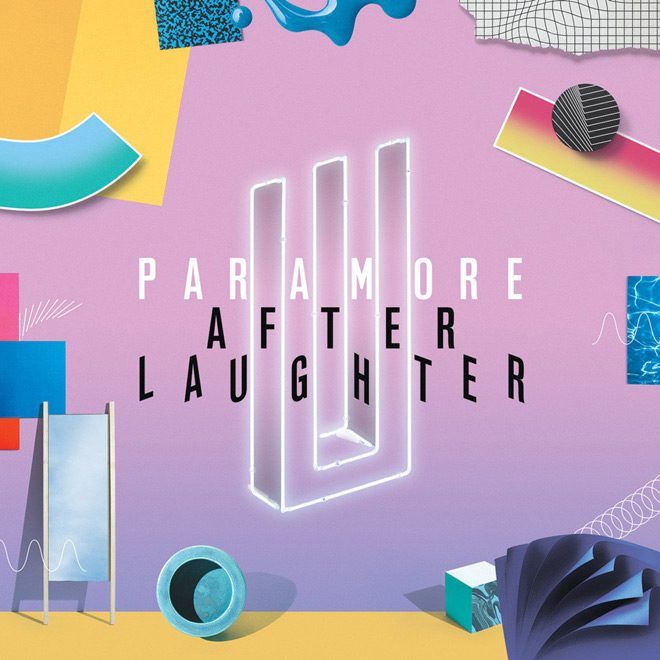