Sometimes a movie comes around that just gets under your skin and crawls around awhile. Fitting the bill, Parasites, directed and written by Chad Ferrin (The Ghouls 2003, Easter Bunny Kill! Kill! 2006) is a Horror Thriller inspired by original mountain man John Colter’s Escape From Blackfoot Indians in 1809. A Crappy World Films, in association with Girls & Corpses, with distribution via 108 Media, the film that made its way around the festival circuit finally sees broad release on VOD as of January 24th.

The story revolves around Marshal Colter (Sean Samuels: Waiting In The Wings—The Musical 2014, The Goldbergs series 2014), who is one of three USC freshmen that finds themselves lost and stranded on Los Angeles’ skid row in the middle of the night. A throng of homeless people fed-up with society’s crap descend on them and kill two of the teens. Led by charismatic Wilco (Robert Miano: Donnie Brasco 1997, Dungeons and Dragons 2000), they also beat Colter and strip him of his clothes. The film then follows Colter as he escapes and tries to survive an L.A. night chock-full of violence, prostitutes, and death. 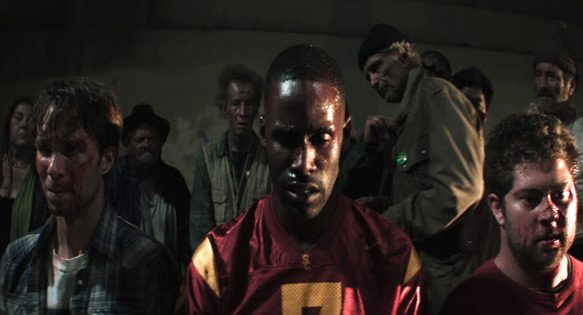 To categorize it, Parasites is a Thriller, but at its core is unrelenting political discourse covering many hot topics. It boasts an impressive multi-ethnic cast, delivers a damning look at privileged society, and even touches on veteran affairs and police brutality. Artistically, it is a shotgun blast of ideas that hits in many places, but inevitably misses others. For example, while connecting its story with John Colter’s, the film at one point uses a stereotypical Native American character, Chain (Tim Halpin: Black Jesus 2014, JOB’s Daughter 2016) to chase naked Samuels through the streets. Halpin bends to decipher tracks and screeches war cries, but otherwise never extends beyond the role of ‘savage.’

Veteran actor Miano gives the film its best moments by playing his disgruntled sociopath leader off against an interesting supporting cast. He embodies tension and drives it forward, portraying a genuine threat the audience can feel as they root for Colter to survive. The cast as a whole perform well and no one distracts the viewers from the main story. As an aside, Robert Rhine (Terror Toons 3 2015, Grand Auto Theft: L.A. 2014) plays the character Spade. He is notable for being the Deaditor-In-Chief of Girls & Corpses magazine and going for the record of most death scenes in Indie Horror film history. 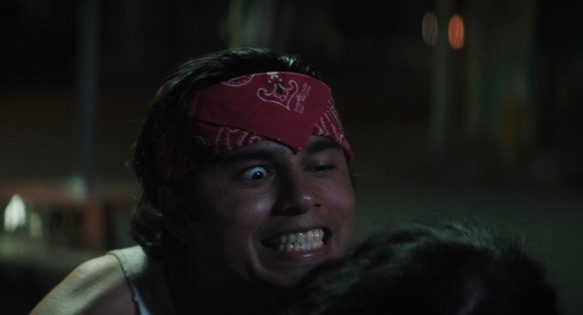 In addition, action fills the movie like a blood-gorged tick. The majority of the film is one long footrace, with fights spread out along the way. The action choreography and violence are not over-the-top and gore, while in the film, is not heavily featured. In the midst of it all, the camera is sometimes shaky and distracting, possibly a nod to Found-Footage style that increases viewer unease. Ferrin also uses too many scenes of Samuels doing nothing but running – like a Rocky training montage gone horribly wrong.

Overall, Parasites views as a solid viewing experience. Although, there are times it suffers from overlong scenes and an abundance of message over story moments. Also, viewers are guilted into a corner over society’s apathy and faults. Even when the ‘outsiders’ in the film get a victory, it is cold, empty, and at too high a price. It displays extremes of the political spectrum to hammer in its points, without offering much in the way of redemption or problem solving. The horror is not so much within the story, but rather our disinterested society looking into a mirror. 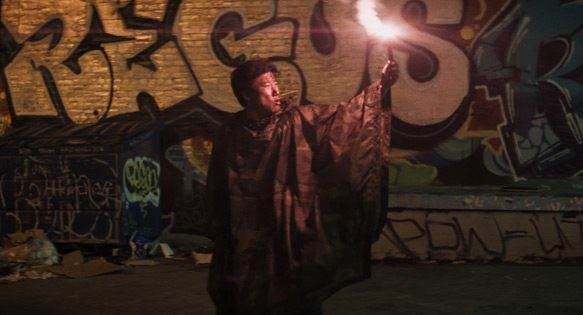 Despite some issues, Parasites manages to build and maintain a consistent level of suspense. The scenes transition coherently and each new twist keeps the audience rapt and anxious for new developments. The music is fantastic, with a vintage ’80s feel to the background and actors Miano and Samuels lending their enthralling voices to several songs. Audiences might prefer more overt connections with John Colter’s history, but the film acknowledges it and is better for it. Dark, gritty, and delivering its points with bloody emphasis, CrypticRock gives Parasites 3.5 out of 5 stars. 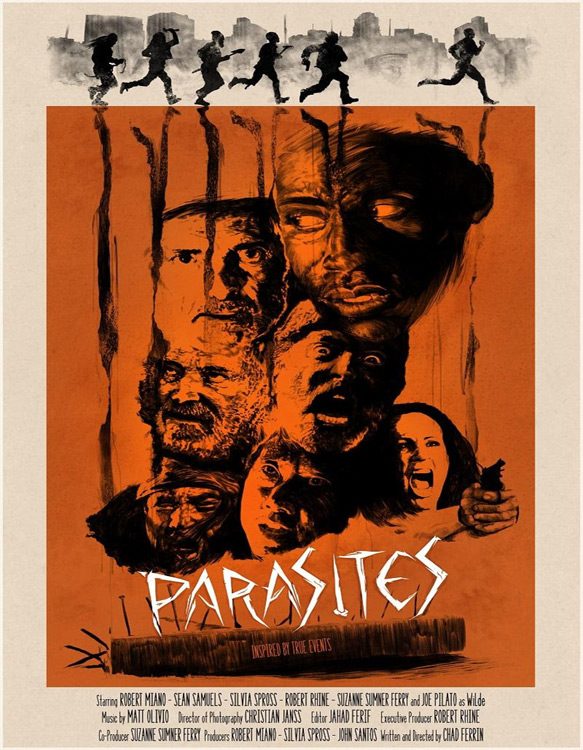