Passenger – Young As The Morning Old As The Sea (Album Review)

September 21, 2016 Passenger – Young As The Morning Old As The Sea (Album Review) 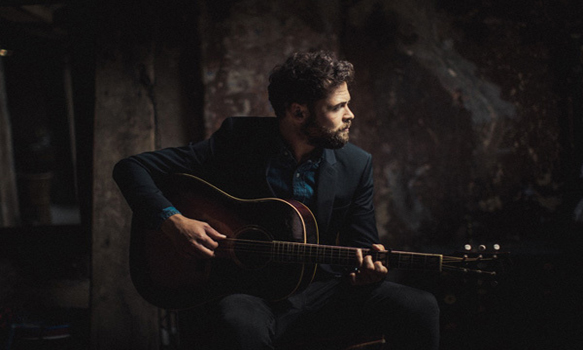 Michael David Rosenberg, better known by his stage name Passenger, has been capturing audience’s since his 2012 explosive single, “Let Her Go.” A skilled songsmith, Passenger’s story began much earlier and one could go as far back to when he signed with IE Music at just 17 years of age. Debuting with the album Wicked Man’s Rest in 2007, Passenger has done his share of reinventing himself through the years. Now an international star, he returns with his seventh overall studio record, Young As The Morning Old As The Sea. Set for release on September 23, 2016 via Black Crow, the album was co-produced by Chris Vallejo (INXS, Jon Spencer Blues Explosion, Empire of the Sun) and Neil Finn at his Roundhead Studio in New Zealand. This collaboration allowed Passenger a month for pre-production before heading into the studio to record and be joined by a group of live musicians who also perform with Australian Indie-Folk duo Angus and Julia Stone.

The aforementioned month long preparation process created a bond that is shown vividly throughout Young As The Morning Old As The Sea. That said, there is a relaxed feel to the album, expansive and beautiful like the themes that are explored in ten tracks on the standard edition. Beginning with “Everything,” it is a fitting message of the change a life of passion can turn into with a measure of success. Lyrically, Passenger weaves a tangled web of the have and have nots. A true artisan, there is a lush landscape painted with the instrumentation chosen to fill lyrical spaces. Ultimately, the interpersonal relationships are everything that gives meaning to life, so eloquently stated by the singer.

Next, “If You Go” is a lilting contradiction on love. Production wise, there are variations of instrumentation that includes horns blending with violins. That contrast heightens the message of the song since no matter how different we may be, we are all the same. That in mind, Passenger’s instrument is his voice, and the vocal choices most likely were honed busking, and his emotions are given wings here. Then, “When We Were Young” brings in a more traditional sound for the singer-songwriter with universal themes moving along with grace. Easy and smooth, it feels like a familiar thing filled with metaphor, reflective with guitar work that brings a different kind of maturity to the table.

Sequencing is a huge element in final production, and “Anywhere” is the perfect example of this. Sailing around the seasons with its Calypso vibe, there is a connection to everywhere and connection is everything in life. Easing in, “Somebody’s Love” has a keyboard driven opening that brings an ethereal, haunting feeling. Passenger then carries a quality that transcends instrumentation. Next comes “Young As The  Morning, Old As The  Sea,” which is the title track that paints a landscape in sound. Using words to describe this composition seems to be some feeble attempt to express its brilliance in regards to mixing, recording, and instrumentation. Ultimately, the listen is like a master class in songwriting.

Offering a love song, “Beautiful Bird” features cello and the voice of fellow British musician Birdy in the duet. The harmonies paint a picture while the lyrics and arrangement finish off the masterpiece with strings and solo piano. Then, with an easy-rolling melody, “The Long Road” comes in with simple guitar work while the empty spaces possess their own voice in the mix. Taking everything home, “Fool’s Gold” seems to begin the full circle of the album and is focused on violin while combining a chorus of background vocals, filling the music in an uncomplicated way. In the final stretch, “Home” is a spiritual journey closing out the record while Passenger’s voice and piano stand alone, building a symphonic texture. Simple and elegant, evolving and pulling away like the tide, it is a beautiful way to conclude this journey.

“I’ve done pretty much an album a year for the last decade,” says Passenger, “and the worry is that you don’t live with things for long enough. This time we’ve culled from 16 tracks to 10. I know the most recent record is probably always my favorite, but I honestly feel this is the first time I can play the new record to people and not feel obliged to make excuses. I’m so proud of it.” That he should be, and chances are, once listeners hear the album, they will agree. All in all, Young As The Morning Old As The Sea is nothing less than stellar. CrypticRock gives this album 5 out 5 stars. 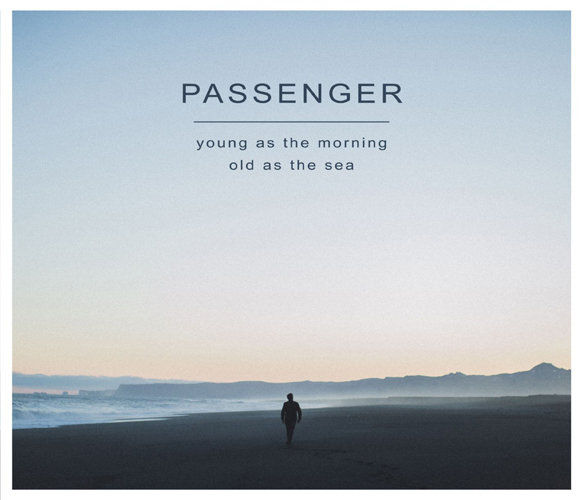