During the 1980’s Pat Benatar was the queen of rock n roll. A constant hit maker with 14 top 40 hit singles and multi-platinum album after multi-platinum album, few could match her success. With a sexy image and powerful voice Benatar dominated the airwaves in the beginning of MTV. 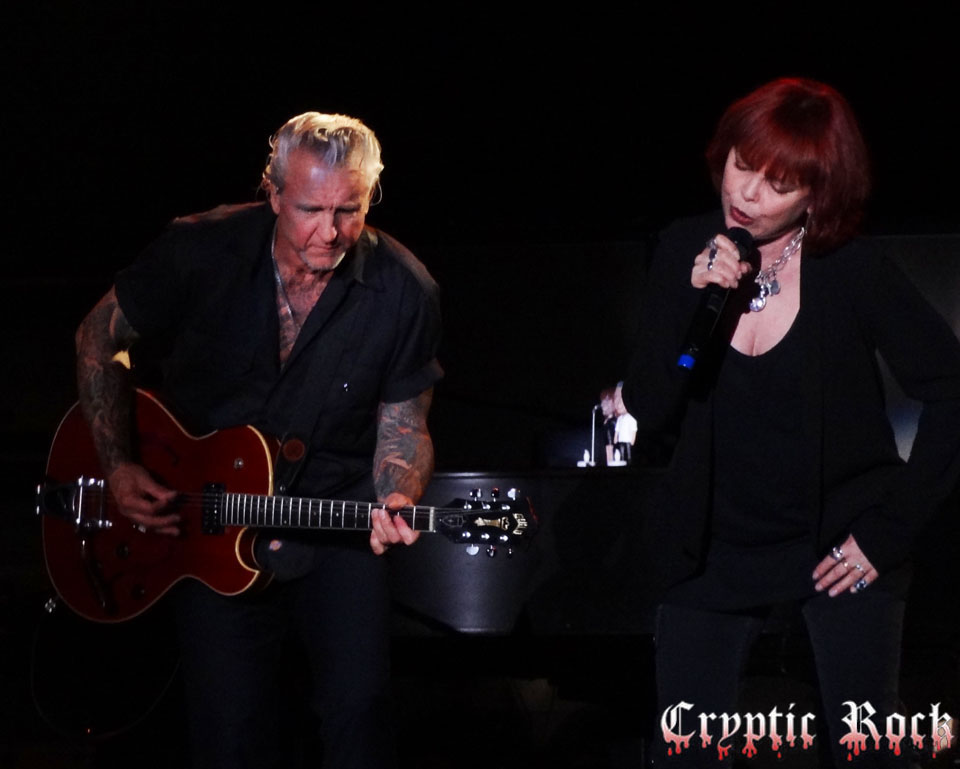 On August 27th Pat Benatar and Neil Giraldo performed at the Paramount in Huntington NY. A long island native, spending a good deal of her life growing up in Lindenhurst this was somewhat of a homecoming event. A sold out crowd of long-time fans, friends, and family gathered to see the heatbreaker herself. Hitting the stage around 9 PM the buzz was loud as Benatar and Giraldo hit the stage. Benatar certainly has not lost anything on her voice as the sound resonated through the venue. Giraldo gracefully whaled away at the guitar proving he is one of the most underrated guitarist around. With hit song after hit song the crowd was on their feet the entire set.

As the evening went on you observed this was an ageless crowd. Mothers and daughters, husbands and wives, and people of all ages danced the night away to these endless rock classics. Keeping the energy level high Benatar balanced her hits throughout the set. Engaging the crowd with dialogue in between did not break up the chemistry but in fact aroused more excitement among fans. By the time “Love As A Battlefield” closed out the set spirits were high and fun was at a elevated level.

Eager for more fans cheered and what rock n roll set is complete without an encore. Benatar and her band came back on stage to close things out with a series of tracks including the killer track “Heartbreaker”. Keeping things interesting after 34 years of performing the track Benatar mixed in the Johnny Cash classic “Ring Of Fire” in. With a blazing guitar solo by Giraldo the evening certainly ended on a high note. 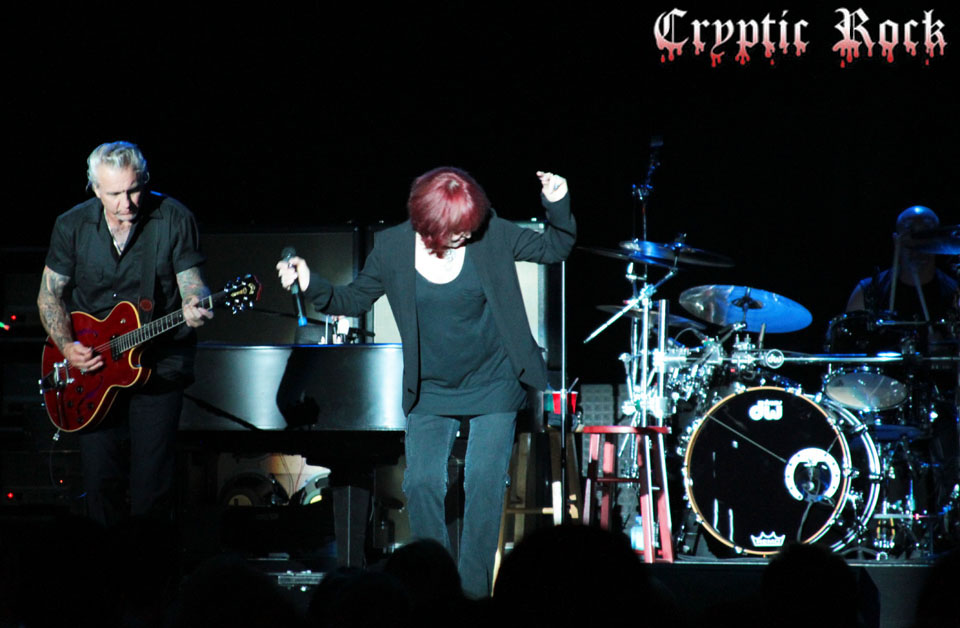 Pat Benatar and Neil Giraldo are life and musical partners. It’s one thing to perform hit tracks to a sold out crowd night after night but it’s another to continue to bring the same energy and enthusiasm. Pat Benatar manages to keep things exciting after all these years and a rock n roll icon.