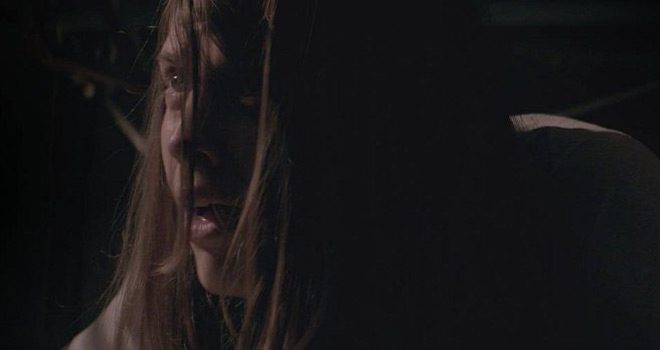 Patient is another in a long line of an always popular Horror sub-genre: the small scale, limited location film that wrings half its scares from its intense claustrophobia. In many ways, it is actually a very successful example of this: despite being obviously designed with a small budget in mind, the film usually neither feels or looks cheap, and actually manages to build an interesting world out of its limited tool-set.

This comes on display quickly, with the film’s cold open eschewing the conventions of the horror slow build and immediately establishing a level of supernatural danger that most similar films would not be comfortable so quickly jumping into. It is a refreshing turn for the audience, who get to skip a pondering first act with quick confirmation that this is exactly the type of film they assumed it to be, and it is even pulled off with the little bit of visual panache that helps so much to elevate any scene.

From there, Patient shifts into something much more interesting than its marketing might suggest, adopting the rhythms and the style of a stage play. Again, it would be easy to write off a limited location experiment like this as gimmicky, but Patient manages to play into its strengths by building a set of fleshed out characters matched by performances that place them firmly within the auspices of the real world. To put it simply; the limited location puts an emphasis on character, and that emphasis is thankfully not squandered here. 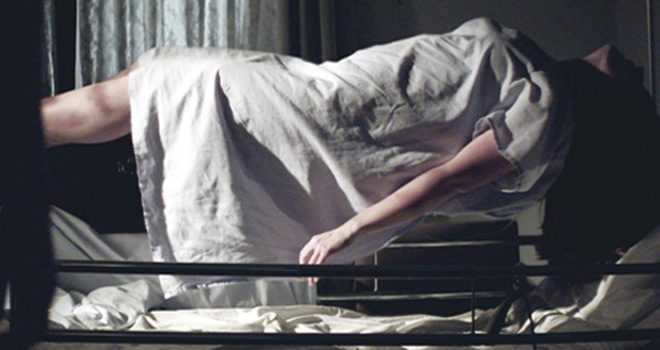 Reese in particular should be singled out for her performance; despite being confined to a bed for virtually the entire movie, she conveys a lot through little movement. In fact, most of the human characters have a degree of subtlety to them that’s refreshing; lower budget Horror films often have an issue rounding out their casts without enlisting performers who go over the top with the material, but that is mostly not on display here.

Again, this is true for the characters who are ostensibly “human.” Unfortunately, the supernatural menace is oversold, with performances that are designed to sharply contrast with the rest of the casts more grounded interpretation but just end up making the threat seem cheesy. The menacing old lady on display is too “on-type,” in everything from her rasping voice to her bugged out eyes. Naturally, this shatters some of the menace.

That having been said, Patient is well composed on a scene-by-scene basis, the editing doing its job well in building towards the scares. Of special note here is the sound effects and music, which are employed sparingly but effectively. The sound effects seem to have had real care put into them, giving much of the Horror a truly visceral bite – violence sounds as horrifying as it should, making this not a film for the squeamish. Another positive check in this column would be some of the physical effects, including the blood effects; the blood is thick and viscous, a visual that gives the film’s events weight. 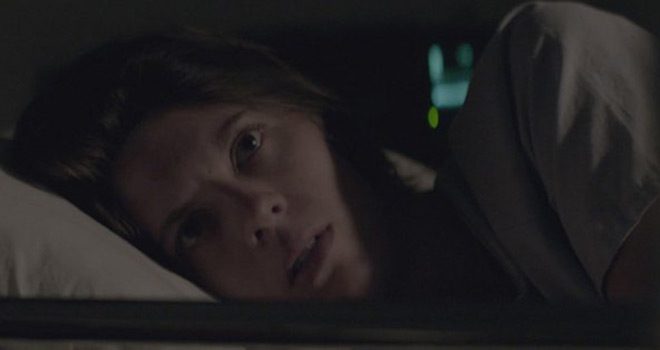 Not all of the film’s effects are so successful however; it unfortunately has a real problem with shaky-cam, namely its overuse of it. The shaky-cam often adds little to the scenes it is employed in, and is more distracting than anything. As said before, this is a film that finds its strength in being somewhat similar to a stage-play; a less obvious dollop of visual style would have probably benefited it greatly.

All in all, Patient is a far more effective Horror film than you might at first guess, bringing the intensity of a narrow scope to a premise that could have played out in a thousand ways more predictable than it does. For that, CrypticRock gives it 3.5 out of 5 stars. 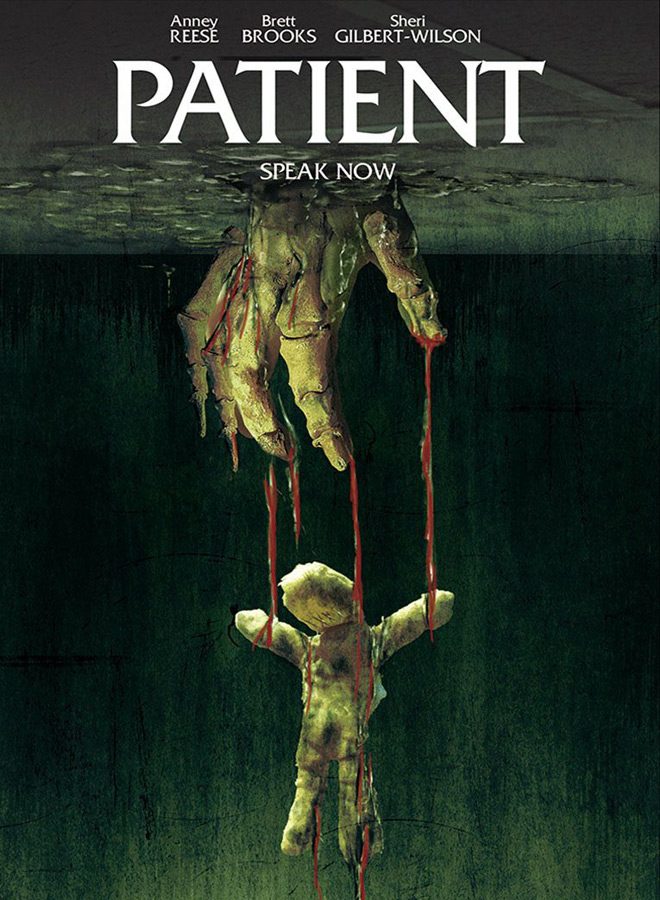