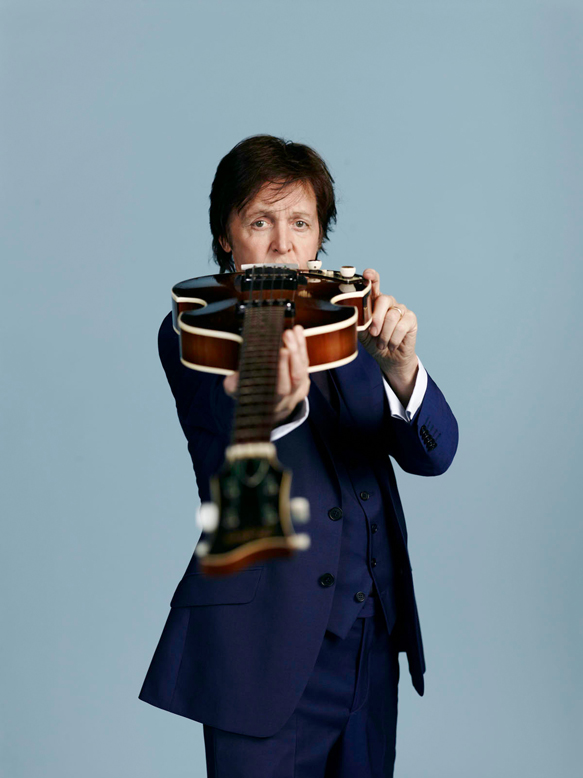 Sir Paul McCartney is one of the most beloved figures in rock-n-roll history. Admittedly conveying he had no desire to retire in 2013, McCartney stated, “For me, the main thing is, I love making music so much. If I retired, I’d still do exactly what I do. So I may as well not retire. Retire from what? I’d do this for nothing.”  With that said, at sixty-nine years of age, McCartney went back into the studio in January 2012 to record his sixteenth studio album titled simply New. Released in October of 2013, the album see’s McCartney return to rock-n-roll for the first time since 2007’s Memory Almost Full, prior to jazzy traditional pop efforts on Kisses on the Bottom in 2012.

Now seventy-one years of age, McCartney is still touring, promoting his new album and doing a spectacular job of keeping his storied career fresh all these years later. Has this Beatle found the fountain of youth? This is a question many could be asking after seeing him in 2013, also rocking out with former Nirvana band member’s Dave Grohl and Krist Novoselic in the Sound City documentary and soundtrack last year.  Many less inclined for progress may also ask why McCartney is still making new music. Old Beatles records had a charm to them because of the recording techniques and limitations of the technology at the time. They were not perfect, but yet perfect for their time as they were recorded to tape and not on a computer. This explains why hearing McCartney record New with today’s modern technology can sound very disconcerting.  This may make some ask the question, “If The Beatles started as a band today, would they even make it?” With all that said, New is perfectly titled. Throughout the Beatles career, technology did improve and with it recording techniques improved as well. The Beatles’ change of sound from Please Please Me (1963) to Revolver (1966), which is considered their most groundbreaking studio album, changed drastically in just a few years. The Beatles and McCartney’s sound has always been new and evolving with the times, so perhaps audiences should be forgiving of that and take the “New” with the old.

New features producers Paul Epworth, Mark Ronson, Ethan Jones, and Giles Martin; son of Sir George Martin, the recording genius known as the fifth Beatle. The record is executively produced by Giles Martin as well. Martin wanted to select younger musicians to produce this album to reach out to a wider audience.  Ronson was selected to produce New after his DJ set at Paul McCartney’s wedding, and amusingly enough, he admitted later in an interview that he was planning his own wedding at the time and almost forgot to call McCartney back to accept the offer. Ronson went on to produce the lead single “New” on the record as well as the track “Alligator”.

New begins with a track called “Save Us” which does not exactly scream “New” in any way. If anything, “Save Us” is reminiscent of that of Billy Joel’s “It’s Still Rock & Roll to Me” 80’s rock sound. The overly compressed drums, slightly overdriven keyboard, fuzz guitar tones and delayed vocals really sell the 80’s feel to this track. The album then shifts gears with a track called “Alligator”.  At approximately 1:26 in during the bridge, Beatles fanatics will swear they hear the swirling organ that sounds almost identical to the organ on “I Am The Walrus” from The Beatles Magical Mystery Tour mixed right into the middle of the track. McCartney even goes as far as to sing during that section, “Could you be that person for me?” With the “Could you” part sounding close to Lennon’s “goo goo g’joob” at the end of “I Am The Walrus”. Perhaps McCartney is sending a secret message here to his former song-writing partner.

The album changes pace and genre again with a track entitled “On My Way To Work”. The first acoustic song on New, it begins to show off McCartney’s pure songwriting talent. “On My Way To Work” could have been titled “A Day in the Life: Part 2” as it has the same narrative story of describing the mundane routine in someone’s life. Musically it features a prominent slide guitar lick for the bridges. Next on a song called “Early Days” McCartney has put the bass down and pick up the acoustic guitar. This acoustic ballad is worthy and reminiscent of McCartney’s past acoustic ballads such as “Yesterday” and “Blackbird”.  This is perhaps the most singer/songwriter song on the album with lyrics that seem like Paul is recounting the good memories and times he spent starting the Beatles and the beginnings of his musical career in general.

After reminiscing in the past, McCartney throws the title track at his audience. “New” is the featured single from the record and perhaps the most Beatles like sounding track on the album featuring the happy lyrics McCartney is known for, as well as all the uplifting orchestral instruments that bring listeners on an emotional roller coaster. It has been said that the reason why McCartney and Lennon were such great writing partners is because McCartney’s songwriting style was very happy and Lennon’s was very sad or angry. This title track is in fact a very happy sounding piece which becomes even more apparent by the whimsical a-cappella fade out.

About midway through the album, “Appreciate” is the most modern sounding yet with elements of pop and dubstep while still having that Beatles “Strawberry Fields Forever” 70’s funk sound. Following is a very interesting track titled “Everybody Out There” which lyrically calls out to the masses for peace or just in general to do good. With loud grooving drums and acoustic guitars driving the rhythm, the song has that live arena sound to it that has been captured on the recording.

Switching gears again with “I Can Bet”, McCartney sounds like a disco artist, especially during the verses. Featuring a Bee Gee’s style bass line and even a keyboard solo, this is one funky danceable track. This is followed up with “Looking At Her”. After listening to this track it becomes apparent that McCartney has been influenced by multiple artist and genres over the years. Featuring elements that sound as if Nine Inch Nails, Radiohead, and Sting had a child, making you wonder where McCartney stores all his talent and ingenuity.

Concluding the album is “Road” which is perhaps the most relaxed and easy listening song on the album. However, New does not officially end there. It features two bonus tracks in the deluxe edition entitled “Turned Out” and “Get Me Out Of Here”. The latter being the most old school country sounding track of the album. The song features a country acoustic rhythm and distorted muffled vocals by McCartney. It seems they were going for the old school effect of setting up one microphone in a room and recording the instruments onto one track. Although, it seems like they cheated a little bit and recorded onto multiple tracks, but that is what records are for; to sound better on a recording than you do live.

All in all, New was a solid effort for McCartney, who has not put out a new record of all original material in over six years. It might be safe to say that New is McCartney’s most well-rounded record since he began his solo career. There are not any instant classics on New that immediately stand out like “Live and Let Die” and “Band On the Run” from previous McCartney solo albums, but this is an album which grows on the consumer with each listen.  CrypticRock gives New 4 out of 5 stars. 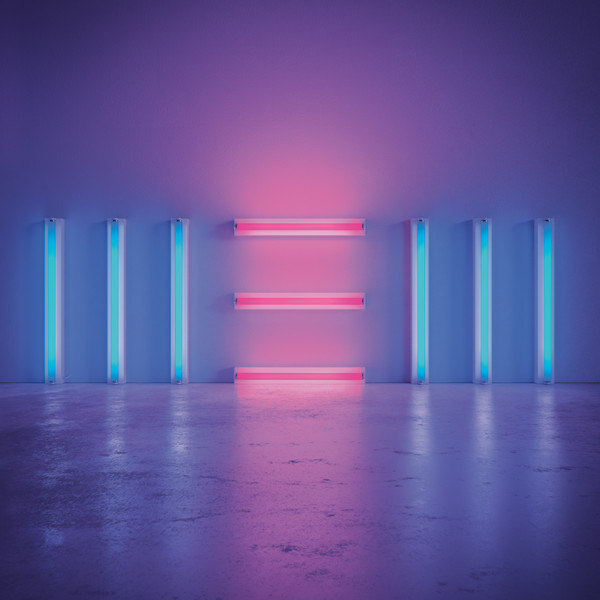