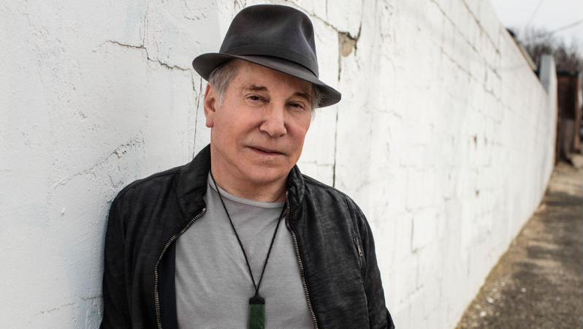 Paul Frederic Simon is a name highly revered in music for all his contributions throughout the music industry and for his longevity. Like apple pie and football, Simon is part of the true American tradition. As Simon, in the Simon and Garfunkel duo, he began to exhibit his beautifully clear and resounding vocals as well as songwriting talents. His solo career began after their split in 1970. He began to take off, like a bird in flight, using varied musical expressions. From album to album, his inventiveness and exploration of rhythms, beats, and harmonies soared. He used African tribal sounds and mixed them with typical sounds of ordinary instruments, incorporating a new mix unlike any other. Unique became his brand.

These intertwining sounds, both familiar and foreign, caught the attention of many listeners and critics alike, among them, earning him awards such as twelve Grammys (solo and collaborative), a 2001 Lifetime Achievement Award, 2006 induction in the Rock and Roll Hall of Fame, 2011 Rolling Stone Magazine’s 100 Greatest Guitarists, and 2015 one of 100 Greatest Songwriters. He is the first recipient of the Library of Congress’s Gershwin Prize for Pop Song in 2007. In 1986, he received an Honorary Doctor of Music from Berklee College of Music, where he currently serves on the Board of Trustees. His philanthropy is widespread with music for the underprivileged and co-founder of The Guitar Study Center in NYC.

Now, in 2016, he returns with the usual mix of sounds, rhythms, and beats of different worlds laced together with musical sounds of typical current music on the album Strangers to Strangers. Having a flare for combining just the right amount of genres, culture, and masterpieces of the imagination, Stranger to Stranger is proof Simon does it again.

Whimsical tunes like opener “The Werewolf” shows listeners that music can be fun and a bit silly while still incorporating blends of sounds that catch our ear. With his storytelling abilities, like “50 Ways” and “Me and Julio,” “The Werewolf” spins a tale of a modern day man turned Werewolf, including the howls. Then there is “Wristband,” which is more of the same, a story song about the perils of needing a wristband to get into a concert. Amusing, along with excellent percussion, Rock with some bells, heavy bass, brass, and the crisp vocals of Simon, the track is perfectly paced with the music.

Later there is the non-lyric creation “The Clock.” A ticking click is joined by some beautiful ethereal sounds for just over a minute before ending with a clock alone. Thereafter is “Street Angel,” which is a musical tribute to the street people of society, many who are mentally fragmented according to societal norms. Heavy drums and background harmonies make up the song, with lyrics, “My heart goes out to the street angels…I save my change for the street angels…….I make my verse for the universe/ I write my words for the university/I give it away for the hoot of it….God goes fishin’ and we are the fishes/ he baits his lines with prayers and wishes…;” clever phrasing and impact driven. All Simon techniques, and they still work. Following up with the album title track, “Stranger to Stranger,” Simon offers a slow, easy, ballad type tune, with a great guitar background, fretting up and down as the drums stand steady throughout, stopping a bit to emphasize his wording.

Continuing to keep the record extremely intriguing, “In a Parade” features cymbals and heavy standing drums which start out the tune as Simon’s quick witted verses play on with a danceable beat. With Salsa type feel, Simon tells listeners this parade just may be party of one. Without an exploitative feel, he clearly wanted to describe, through music and lyrics, what goes on in a mind of an individual who has this disorder. Always socially conscious, Simon found a way to put the listener inside the world of schizophrenia, for two minutes. Slowing it down, “Proof of Love” is another acoustic masterpiece mixed with percussion and calming backgrounds. Singing the words, “I’d trade my tears, to ask the Lord for proof of love,” is almost a prayer-like quest that most of mankind can relate to.

Another acoustic based track, “In the Garden of Edie” is an ethereal piece of a classical guitar feel, with slight humming and oohs, that needs no lyrics. The beautiful soothing piece leaves the listener wanting so much more than the 1:48 time frame, inducing peace and tranquility. Jolting back into Rock-n-Roll, “The Riverbank” features an almost Country guitar feel, steady beat, and Simon’s truly unique way of piecing and weaving together single words together to its own rhythms, not even needing the instrument companions.

This comes before the cool-paced “Papa Bell” with a crisp steady bass, percussion, and a few words unlike Simon’s usual vernacular, but commonplace in society today. Just sounds very out of place hearing Simon say, motherf—er! Finally the album concludes with “Insomniacs Lullaby” which starts with a siren, some bells distant, and then a crisp clear acoustic guitar with Simon singing a true lullaby for adults. Singing, “Oh Lord, don’t keep me up all night/side by side with the moon/alone in the bed, the seasons ahead/ is winter that lasts until June……sleep.”

All in all, Strangers to Stranger is another Paul Simon masterpiece. That is not surprising. At 74, the boy has still got it! CrypticRock gives Stranger to Stranger a 5 out of 5 stars.