With the amount of Haunted House and Possession films Hollywood has been churning out the past few years, it seems as filmmakers must have run out of ghost story ideas. Then, along came Pay the Ghost, and it became clear that there was at least one more story to tell. The screenplay, written by relative newcomer Dan Kay, was based on the eponymous short story by Tim Lebbon. Filmed in Toronto, Pay the Ghost stars Nicolas Cage and The Walking Dead’s Sarah Wayne Callies as Mike and Kristen Lawford, the heartsick parents of six-year-old Charlie (Jack Fulton: The Day Santa Didn’t Come 2014, Pixels 2015) who went missing from a carnival on Halloween night. The movie was directed by Emmy nominated German native Uli Edel (Body of Evidence 1993, Houdini 2014), who collaborated with FX artist Dmitriy Kolesnik (Carrie 2013, Penny Dreadful TV series), special effects tech Emilie Paquet (The Strain TV series, Damien TV series) and prosthetic makeup designer Paul Jones (The Thing 2011, Resident Evil: Retribution 2012) to create this dark, chilling film that is filled with the surreal musical stylings of Joseph LoDuca (Evil Dead 1981, Burying the Ex 2014). 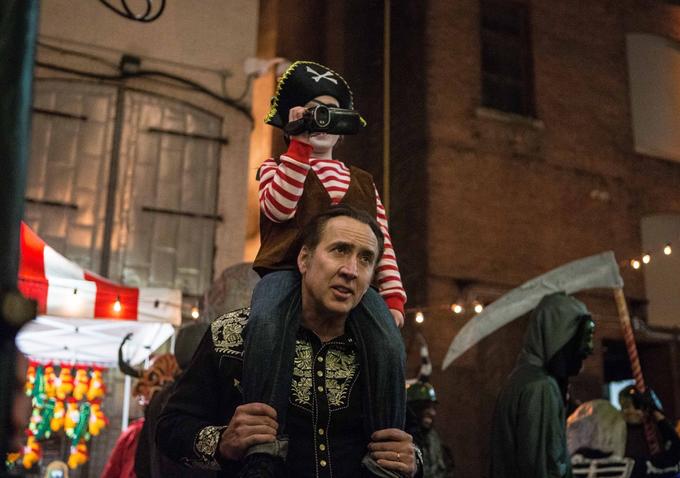 The movie begins with Mike Lawford promising to take time out of his busy NYU English professor schedule to take his son, Charlie, out Trick or Treating on Halloween. Charlie and his mother, Kristen, wait as long as they can for dad to get home from work, but end up leaving without him. When the trio finally do meet up, Mike, out of guilt, takes Charlie to a local Halloween fair. As Mike turns his back for a split second to buy his son an ice cream cone, the boy disappears, and the frantic father runs through the crowded streets but cannot find his son anywhere. Fast forward nearly a year, and Mike starts seeing flashing visions of his son throughout the city, along with the last phrase he heard the boy speak: “Pay the Ghost.” He goes to visit his now estranged wife, and together they begin to uncover a supernatural epidemic that had struck the children of New York City every Halloween for over three hundred years. 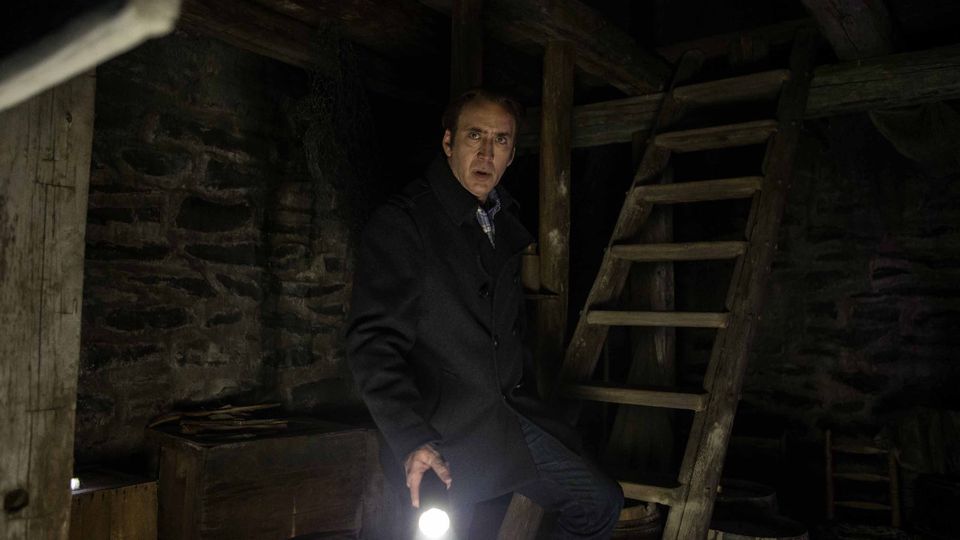 The story told during Pay the Ghost is a bit of a slow burn, with Mike and Kristen stumbling along in their research as the time to save their son dwindles down to nothing, although the unexplained jump in time from one Halloween to the next is a bit disconcerting. For a couple that have been separated for an unknown amount of time, they seem to fall right back into place with each other, trusting one another’s instincts rather than playing the blame game from pretty much the first time they meet back up. As a matter of fact, if Kristen had not invited Mike back to their apartment like a guest, it would be tough to remember that they had ever been separated at all. 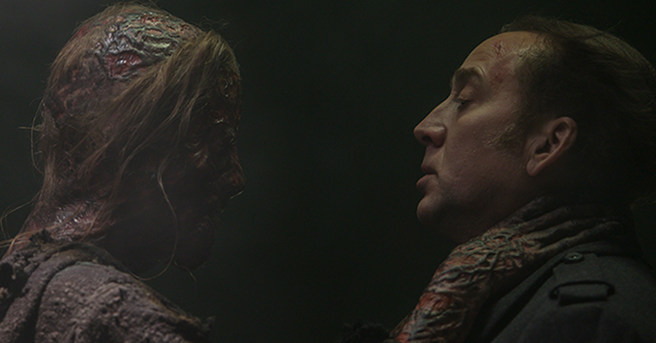 Nicolas Cage holds himself back quite a bit in this role, leaving the bugged-out eyes and sinister grins behind for a more serious take on the character of Michael Lawford. While this does make for a more even keeled movie experience, Cage fans who are used to his hyperactive scene chewing may be disappointed. The supernatural elements are many, with filmmakers combining the Spanish folktale of La Llorona – the ghost of the weeping woman who is forever searching for her murdered children – Celtic goddesses and the symbols that represent them, a rope bridge into another dimension and a family being burned at the stake like witches, all to make a one of a kind, Jack of all trades type of story that defies supernatural genre definitions. For Horror fans who are looking for some new nightmare material, be sure to check out Pay the Ghost. CrypticRock gives Pay the Ghost 3 out of 5 stars. 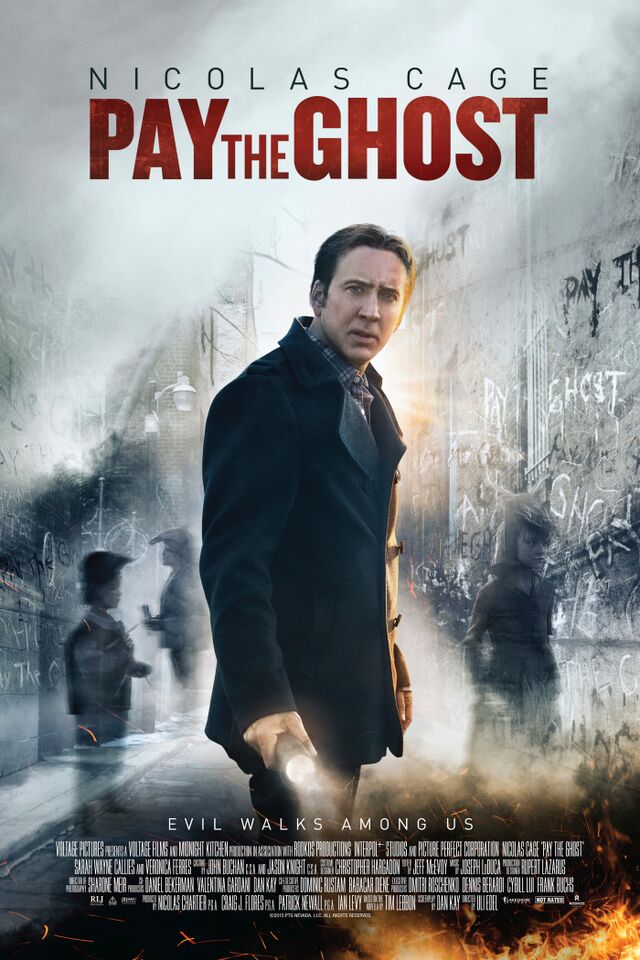 Buy/Rent Pay the Ghost on Amazon