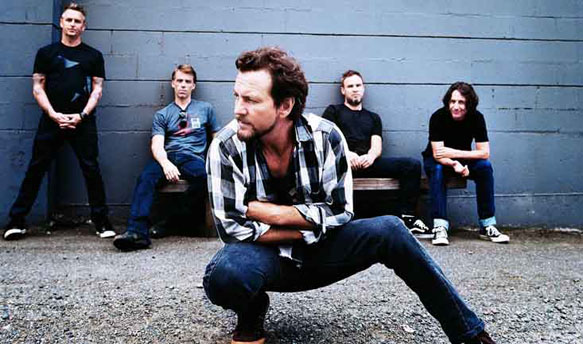 Pearl Jam is one of the most revered rock bands of our generation. Forming back in 1990, an illustrious career began spanning over 2 decades, with each album being a major success.  Their debut, Ten (1991), helped redefine how people thought about rock n roll; with each release following expanding their style while refusing to conform to one sound. Sustaining the long journey as a cohesive unit, Eddie Vedder, Mike McCready, Jeff Ament, and Stone Gossard continue to triumph. After a carousel of players behind the drum kit, the band found stability when Matt Cameron joined up in 1998, becoming a intricate piece since. The massive fan base Pearl Jam has worldwide makes each album release an event. Having such a dedicated audience is a blessing as well as burden for an artist, because people tend to compare each album to one another. This is completely natural, but must be curtailed, as each piece of work an artist composes should be judged independently. With that said, Pearl Jam brings us their tenth studio album entitled Lightning Bolt.

Lightning Bolt comes 4 years after the release of Backspacer (2009), which is the longest stretch Pearl Jam has ever gone between album releases. Back in the studio with the guys is long-time producer Brendan O’Brien, assuring for consistent quality production. Opening with “Getaway” starts the album off on a rock note. While a mid-tempo track, it rocks hard highlighted by a memorable bass line and catchy chorus. You are immediately taken into “Mind Your Manners”, which is the first single and also the heaviest song on the album. With a clear punk rock vibe, McCready’s guitar work shines while Vedder gives the aggressive performance needed to make it a very emotionally effective track. With little space between tracks you are forcefully thrown into “My Father’s Son”. Heavily driven by Ament’s bass work, there is again some great guitar sounds. Vedder’s lyrics are unapologetic and uncensored while his delivery emphasizes each and every word in a furious tone. After an aggressive start, the album takes on a somber mood with “Sirens”. Chosen as a second single, the track is haunting and one of the most dynamic off the album. Vedder’s voice never sounded better while you’re immersed with the acoustic guitars which resonate throughout the song . The title track “Lightning Bolt” follows with Vedder traveling from mellow vocalization to roaring growls, adding inflection to each moment in the story. The music is carefully placed around the vocals while featuring an excellent guitar solo. Keeping the mood mellow “Infallible” is musically compelling and lyrically bold. Clearly a social commentary on humanity, the words are striking and something you will want to listen to a few times.

The album takes a dark turn with “Pendulum”, opening with eerie keyboard tones which layer vocals, drums, and guitar. The atmosphere is thick and relaxing much like a Pink Floyd piece. “Swallowed Whole” brings you right back up with a stripped down opening of acoustic guitar and vocals flowing into a melody reminiscent of classic alternative. Keeping listeners on their toes “Let The Records Play” has a blues chord progression with Vedder grooving to the soulful feel. Directly following is the poppy little track “Sleeping By Myself”. With sad lyrics and overall vibe, the song is enhanced by some nice vocal harmonies and breath-taking guitar tones.  The darker vibe felt earlier is revisited on the song “Yellow Moon”. Driven by some nice piano work with accents of guitar, Vedder’s delivery plays out like a storyteller. Closing the record out is stripped down ambient offering “Future Days”. Consisting of Vedder, an acoustic guitar, and piano; the sounds build over throughout with some dream like tones of keyboards and violin. Lyrically touching like a classic Bob Dylan poem, this song is bound to make the strongest man cry.

Lightning Bolt is an album with many peaks and valleys from start to finish. Pearl Jam were going for a mood and has succeeded in that quest with moments of anger, sadness, and happiness. While some may be disappointed with the lack of heavier rock tracks, you’d be remiss to not listen to Lightning Bolt all the way through. When you’ve composed music for as long as Pearl Jam has music will evolve, take on different influence and inevitable cross genre barriers. The band has aged gracefully like a fine wine and continues to stay true to their music ideals without compromise. While Lightning Bolt needs to be listened to a few times to truly appreciate it; each track is deep, well composed, and all extremely memorable. CrypticRock give this album 5 out of 5 stars. 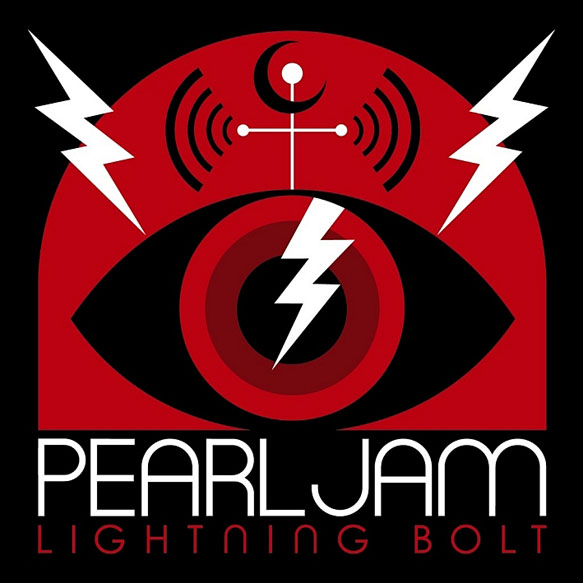