With the catchy tagline “They Won’t Be Walking For Long” comes the new Sevé Schelenz (Santa Buddies 2009, Skew 2011) directed film Peelers. Available on VOD as of March 28th via Uncork’d Entertainment, Peelers focuses on the horror antics of a small town strip club besieged by a terrifying threat. Starring Wren Walker (Almost Human series, Lucifer series) and Caz Odin Darko (Wind Chill 2007, Evil Exhumed 2016), the Pounds (LBS) Pictures film is an exercise in salacious imagery and thrills that would be easy to label as cheap – the question being; is that a detriment to the no-holds-barred popcorn flick it was always clearly intended to be. 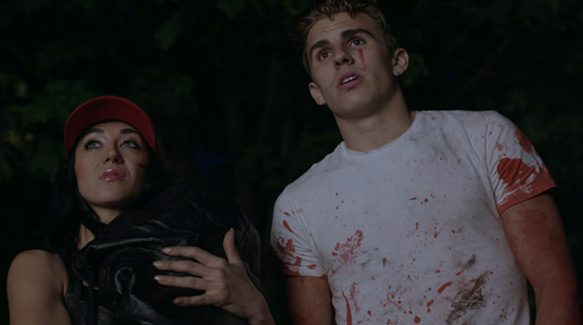 Peelers largely thrives because it is not at all ashamed of its B-movie schlock, even while it elevates it with solid production values and composition. There is often a temptation to pair gaudy content with cheap filmmaking, and it is an unfortunate one because it drags down the viability of films that would be entirely enjoyable experiences if people had not gotten lazy with their composition.

Any content can be effective when there is thought put into its presentation – it is what informed the popular ‘Exploitation’ films of the ’70s, and it informs the ‘Grindhouse’ B-movie Horror flicks this film certainly draws its inspiration from. Yes, it is big and broad and loves boobs and blood…but the film leans into these ideas rather than away from them, and it never sacrifices directorial competence for it all.

To reiterate that; yes, there is certainly boobs and blood galore throughout the flick. It wastes very little time in using both of these to establish its grimy, seedy tone – and effectively enough, the grimy, seedy characters who inhabit this world.

The writing for these characters is hit and miss – sometimes the on-the-nose dialogue meshes perfectly with Peelers’ general larger-than-life atmosphere, other times the eye roll supersedes any good will earned from tonal cohesion. That having been said, the performances actually do work well to elevate the dialogue – by choosing to play the characters as fun rather than particularly likeable, the performances often add a level of charm to a line that makes the whole affair more endearing rather than more frustrating. Remember, this is a film that crosses the rubicon into celebrating carnality early with its intense boob focus – of course it also celebrates the crassness of its characters. 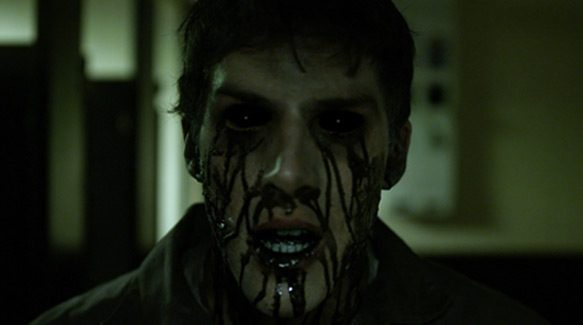 Of course, as mentioned before, it is the quality of the production that elevates this material – there is a deliberate nature to the filmmaking that stops things from feeling like they are exploitative just for the sake of being exploitative. Schelenz does solid work here not just at the fundamentals (effective lighting, interesting camera work, making sure each scene is paced according to its aims, etc) but also in injecting a level of thoughtfulness that shines through every choice in camera positioning.

Schelenz has done his job well – the camera work legitimately adds layers to the film, and while this is evident throughout, it is most obvious when the film is at its most gaudy and transparent: its concluding scene, which focuses on the female trade-off of sexuality and professional achievement in a way that goes on for so long, it dispels any motion that it is just shot to keep teen boys happy.

‘Glee’ is certainly something that pervades every frame of this film, and that happiness to showcase this B-movie content is what makes it so enjoyable. It does not shy away from gore, which it can do because the work that goes into the gore shows well on camera – there is a thick, viscous quality to the gore that gives it a weightier feel than many other films. It would be wrong to not mention how the audio design is well engineered to also play into that, underscoring the film’s violence with just the right sounds of crunches and squeezes. Again, far from subtle stuff, but it is obvious that some care went into it, and it is effective because of it.

The quality of the directorial work cannot elevate everything though – there are certainly moments when it would have been more effective to dial things back just a little bit, where the production team beating you over the head with things does start to distance the audience from buying into the world. For example, a stripper doing a show in a diaper is more than effective enough – you do not necessarily need a stripper farting into a microphone later on. Going broad does not mean that going as broad as humanly possible will keep netting you similar results – the film does sometimes fall victim to the law of diminishing returns in this way. 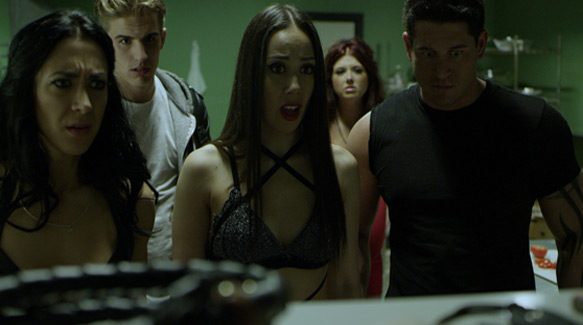 Additionally, proceedings can get a little clunky, especially in regards to exposition – the charisma of the actors paired with the absurdity of the atmosphere is not always enough to sell these info-dumps. In particular, there is some exposition via flashback later on in the film that could have been cheerily tossed overboard – it slows things down, and removes the film from its primary location, which removes some of its immediacy.

Ultimately however, Peelers is a film that will largely be as successful as the audience is willing to jump on board with it. It is schlocky, it is obvious, and it is dirty – but it also proves that none of that inherently matters when real thought went into the production. For that, CrypticRock gives Peelers 4 out of 5 stars. 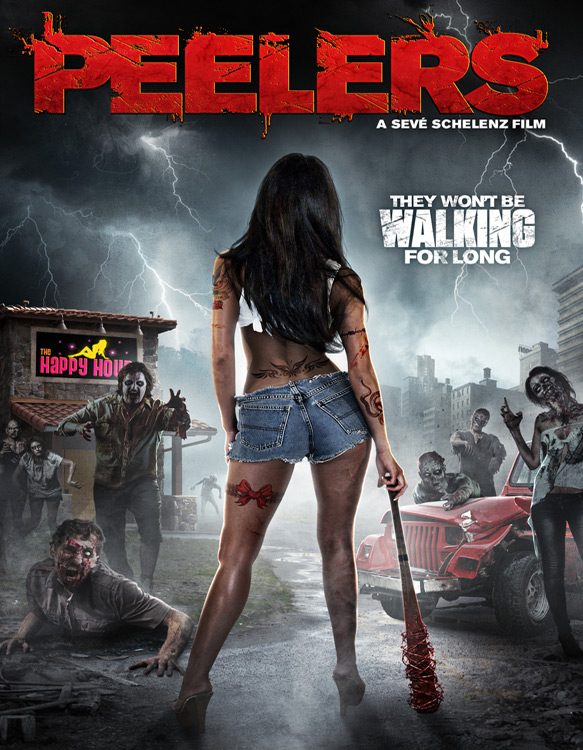