With the alliance caught up with the haunting story of Vanessa’s past with the Cutwife (Patti Lupone), they all realize how important it is to decipher the Verbis Diablo. It could be the only key to understanding and defeating the coven that are stalking Vanessa, who is a desired bride for Lucipher himself. Mr Lyle reveals his newest find, that the relics they stole from the museum spread apart a story, jumping from one language to another, starting and finishing in open sentences. Not just any story, as it turns out, but an autobiography of sorts, the monk writing down whatever was whispered to him in random tongues. 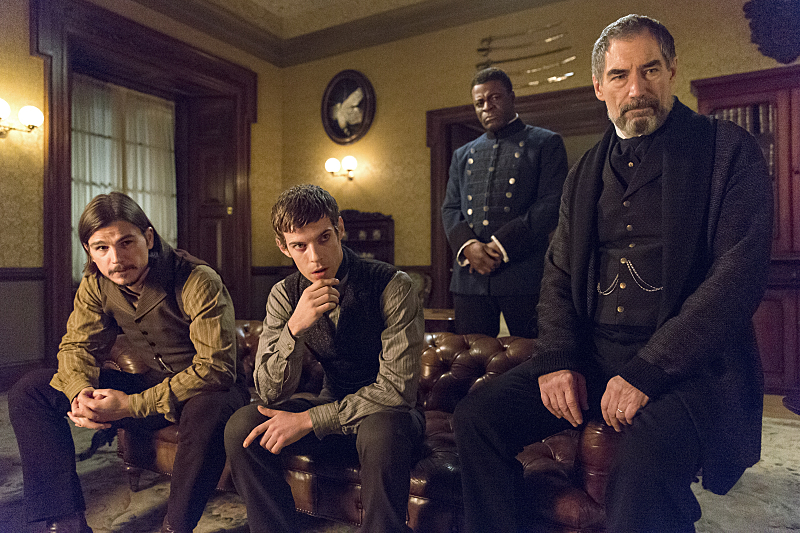 Back at the coven, Evelyn expresses concern of Ethan Chandler, whom they refer to as “Lupus Dei.” Translated, this name means Wolf of God in Latin. She sends her daughters to take care of him. Evelyn’s favorite daughter, Hecate, (Sarah Greene) is able to grab his attention, but has no luck to carry out anything further, for Ethan is able to sniff out her falsity. As Lyle and Sir Malcolm continue to piece the giant puzzle together, Vanessa attempts to turn in early, but plans are changed as they are attacked by Evelyn’s trio of daughters. They quickly leave after one manages to grab a lock of Vanessa’s hair, surely meant for the voodoo doll seen in episode 202, Verbis Diablo.

Meanwhile, Dr Frankenstein continues his work on Lily, buying her clothes with Vanessa’s help, and teaching her whatever he can. Not much is said on the matter, but it is clear that feelings are forming between them.  This involvement can only prove disastrous for Dr Frankenstein as Lily’s existence is meant for his first abandoned creation, John Clare, who has been keeping busy at his new job, Putney’s Wax Museum. Elsewhere, love also starts brewing with Dorian Grey and Angelique, proudly walking the streets of London despite curious looks. 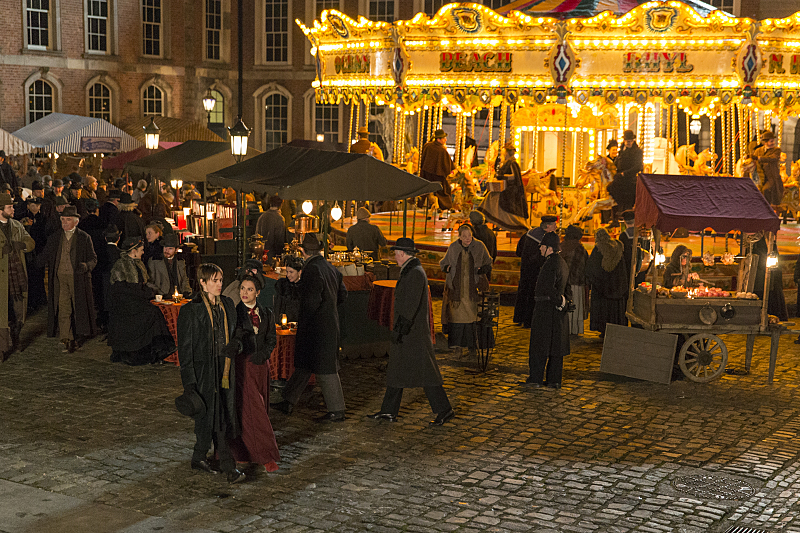 On another thread not far from the circle, Detective Rusk’s (Douglas Hodge) investigation continues, strange and unexplained deaths surrounding him with little evidence to go on. The only survivor from the massacre, caused by Ethan’s alter ego in season 1, is next to no help, for he claims to not remember anything. This most likely could be a ruse, as the survivor is the hunter who was tracking down Ethan in season 1, Warren Roper (Stephen Lord), who was last seen in the finale, episode 108, Grand Guignol. This could prove a lot more trouble for Ethan Chandler, who has quite a past he has yet to share with anyone.

With a brief stint of action, Evil Spirits in Heavenly Places was more about character development from many angles. Most are left in mystery, giving the audience only snippets at a time. As short as the scenes are, it holds its value to the story, each character dancing around each other, even if they are unaware of one another. For the Horror buffs, they are sure to catch on to the twist of the familiar title, “Bride of Frankenstein,” which seems to be heading in the direction of the literal sense. The only sub plot that currently stands on its own is the growing affection between Dorian Grey and the transgender Angelique (Jonny Beauchamp), whose story should come to light in due time if the writers keep up the direction they choose to display to their audience. CrypticRock gives Penny Dreadful’s Evil Spirits in Heavenly Places 4 out of 5 stars. 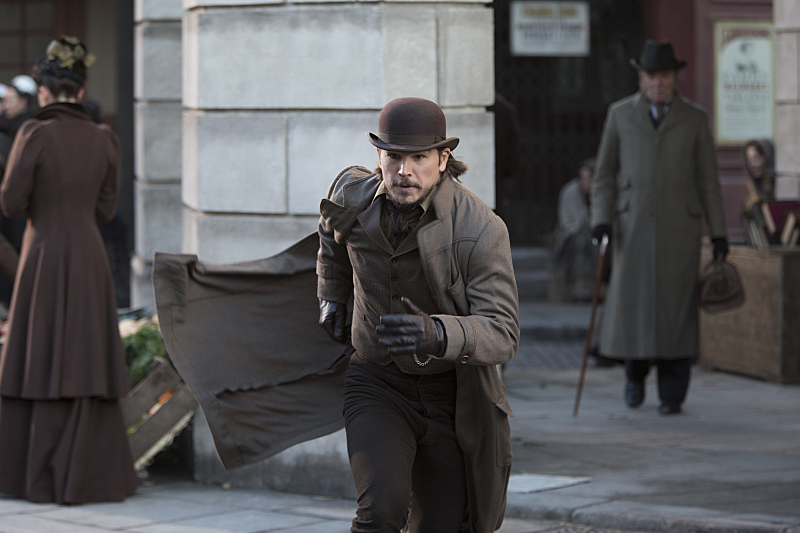