On June 19th, 2016, Season 3 of Showtime’s Penny Dreadful came to a sudden close with a two part finale, Perpetual Night and The Blessed Dark. Writer John Logan soon after announced that it was the series finale, a secret decision that was apparently always intended from the beginning. Despite leaving fans shocked and full of questions, Season 3 maintained its origins, a beautiful collaboration of Horror and literature. Following the premiere, The Day Tennyson Died, all of the main characters continued with their independent storylines, all facing their own challenges. 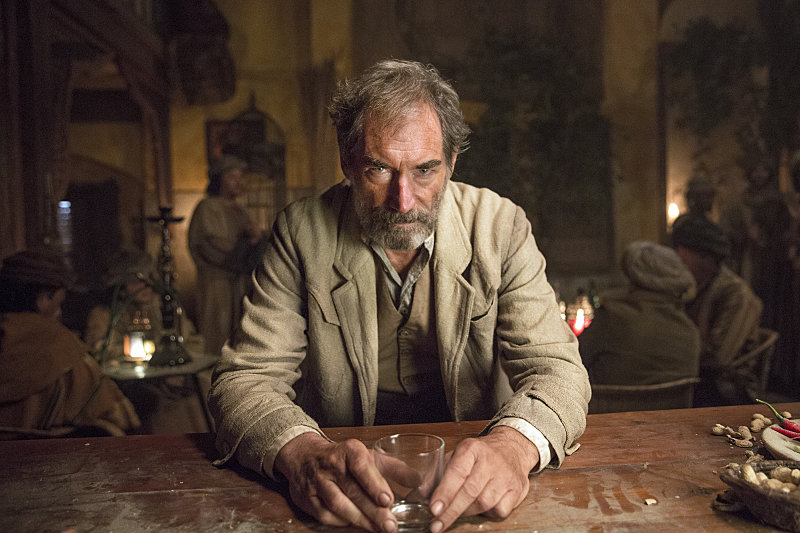 After a memory suddenly appears to John Clare/The Creature (Rory Kinnear), he journeys home, relying on instincts to lead the way. He discovers that he has a family, a wife and son, and also had a job at the mental hospital where he cared for Vanessa Ives, although that part he does not recall. After tracking them down, his wife welcomes him with open arms, carefully listening of his strange tale involving his whereabouts. Finally enveloped in a little bit of happiness, its a blissful moment which unfortunately does not last long.

Not seen in the premiere, Dorian Gray and Lily (Reeve Carney and Billie Piper) attend an underground live snuff show, all but a few wealthy men amongst them. Before the young girl is beaten and tortured to death, the immortal couple turns the tables, killing everyone and taking the victim under their care. This sparks a revolutionary moment within Lily, who remembers her past life as Brona Croft, also a prostitute who was tortured by men. As her new obsession grows stronger, it begins a divide between Dorian and herself. While they drift apart, Victor Frankenstein (Harry Treadaway) hopes to win Lily back. Coinciding with the work of Dr Jekyll (Shazad Latif), they perfect a serum meant to control anger. While Jekyll hopes it will cure the patients in the mental hospital where he works, Victor has hopes that it will tame Lily, and things can go back as they were before.

Sir Malcolm and Kaetenay (Timothy Dalton and Wes Studi) travel to America for Ethan Chandler, tracking him all the way to his father’s land. It is here you discover Ethan’s story and why he was avoiding his father. The unspeakable acts only escalate into violence, leaving only the three main characters alive. With the help of Kaetenay’s psychic visions, they rush back to London to help Vanessa, as a darkness that has been hunting her, her whole life, is too close for comfort. 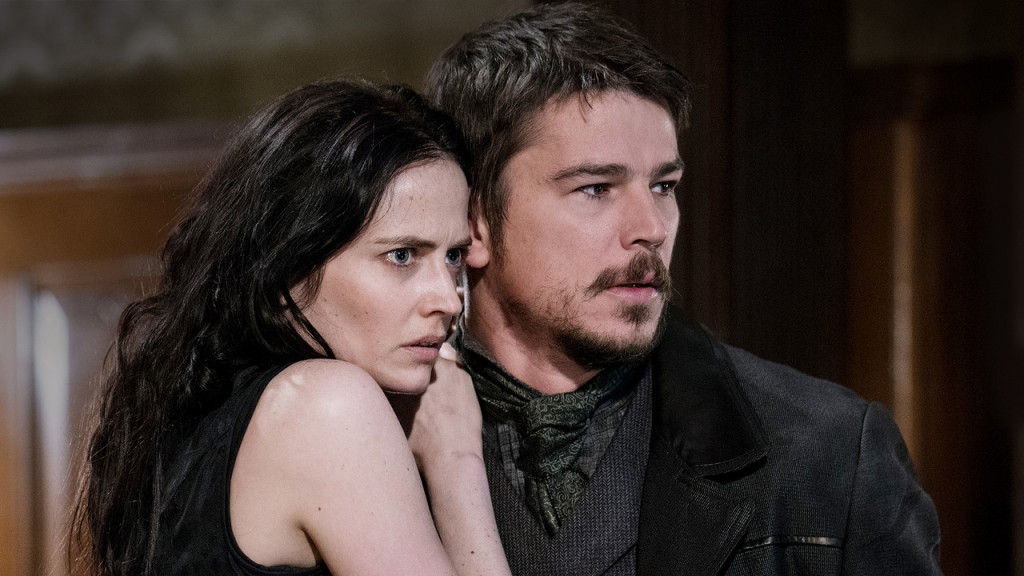 Through the help of hypno-therapy with Dr Seward (Patti Lupone), Vanessa (Eva Green) discovers the root of the evil that has been after her, an immortal known as Dracula. Brother to Satan himself, he seeks to claim Vanessa as his beloved, willing to die rather than continue living with his love sickness. Where his brother fails in Season two, Vanessa eventually embraces darkness, bringing on the End of Days, this tale’s version of the apocalypse. The team, along with new help, quickly assemble on the rescue mission, hoping to save her, as well as the rest of the world.

It was a shock to many fans when John Logan announced the news of the latest episode to be the series finale. After all, it was not truly an ending for many of the characters, save one. So many situations were left unaddressed, and newer characters never got the chance to fully develop. Keeping the ending a secret left a lot of fans feeling cheated, leaving them in mourning, very similar to the characters on the show. However, on the other hand, it truly was an epic adventure. It played by its own rules with a story like no other, amazing costumes and sets, and phenomenal acting. It really grabbed the elements of an old fashioned Horror story with a twist of Poetry and literature.

Every character really submersed into their roles, especially Eva Green, who was the main focus of the show. Watching her bend and twist her body for certain scenes was absolutely mesmerizing. It really created a vision to what her character was going through, whether she was tortured, possessed, or simply struggling with her own self. It was frustrating for many that Ethan and Vanessa spent practically all of Season 3 apart, but in retrospect, this did seem necessary, as they both were on opposite ends of the spectrum on more angles than one. There was a need to grow these characters independently so they could properly fulfill their destinies, another major focal point of the story. 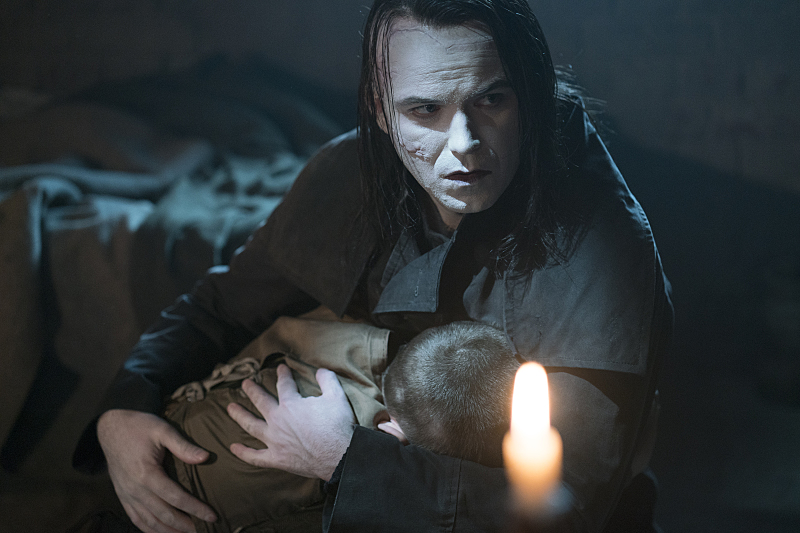 Although the other remaining characters were left in a cloud of mystery, their presence on the show should still be applauded. They displayed so much passion and emotion that danced around each other beautifully. Billie Piper was the master of monologues, many different scenes which hooked every ear. Simon Russell Beale as Ferdinand Lyle was a colorful comfort to the cast, a theatrical character no one else could have pulled off. Harry Treadaway was perfect as Frankenstein, a blend of intelligent wit and completely crazy. Rory Kinnear as his “first born” was such a heartfelt story, a display of beauty and tragedy. The role of Ethan Chandler was a little outside the box for Josh Hartnett, but he truly made it his own, imprinting himself in every fans heart. The infamous Timothy Dalton was an amazing patriarch to the group, anchoring the characters together to finalize the beautiful chemistry felt back in Season 1.

With so many memorable moments in just three seasons, it is hard to accept that the show has come to an end. There was truly nothing like it on TV, and it will be quite some time for fans to fill the void in their hearts. John Logan is sure to be harassed for a continuation of the show, and hopefully the world may one day get its wish. For now, fans must hold onto the wonderful memory that was Penny Dreadful. With that said, CrypticRock gives Season 3 of Penny Dreadful 4.5 out of 5 stars. 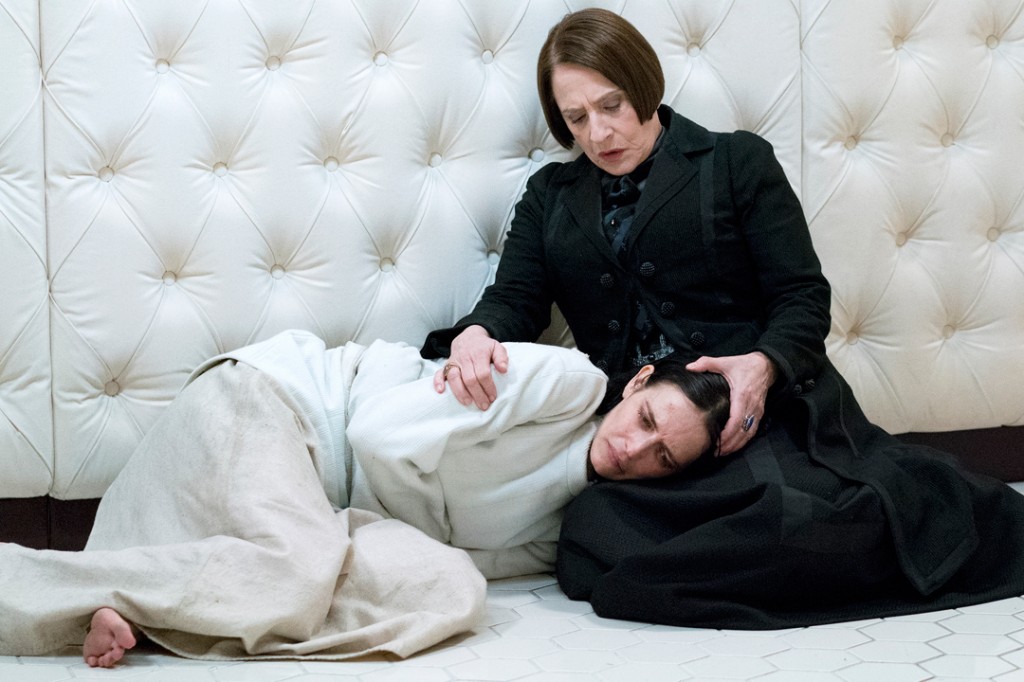