Bleeding from where season two left off, the season three premiere of Showtime’s Penny Dreadful wasted no time in continuing the storylines of our characters, embarking on new adventures and mystery. Airing on May 1st, the episode entitled The Day Tennyson Died was one fans have anxiously awaited for a while now. With everyone spread out across the world, season three of Penny Dreadful is already a broader spectrum, introducing new scenery and new characters. 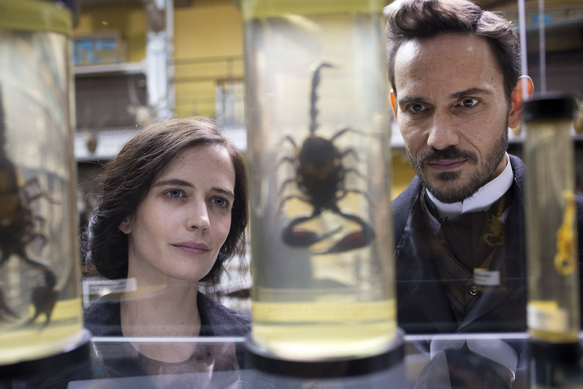 Alone in Sir Malcolm’s house, Vanessa has completely disconnected herself from the outside world, living in filth and disarray. Concerned for her wellbeing, Ferdinand Lyle pays her a visit and coaxes her back into reality. Outside, the bells ring, and he explains that the great British poet Tennyson died, a tragic moment written in history pages. He convinces her to see a psychiatrist, a woman named Dr. Seward, who has a striking resemblance to an old friend. Intrigued on the connection, Vanessa agrees to pay her more visits. Seeking help on her first day out in months, her presence catches the attention of some new threats, similar to those seen in season 1, one in particular an all too familiar name.

Another character living a reclusive life is Victor Frankenstein, heartbroken and melancholy over the loss of Lily. He seeks the help of an old friend, Dr. Henry Jekyll, asking to destroy his latest creation. Dr. Jekyll introduces a different tactic, and together they agree to take on a new project.

Victor’s first creation, John Clare, has since taken a journey north by ship. This becomes an unfortunate venture, the crew frostbitten and starving to death, their ship cemented in ice and snow. A young girl suffers among them, and in comfort, John sings her a melody. The tune, which came to him on instinct, triggers a memory, displaying an old life with a family prior to his transformation in Victor’s lab. Showing an act of mercy, he snaps the girl’s neck and begins a long journey on foot back home. 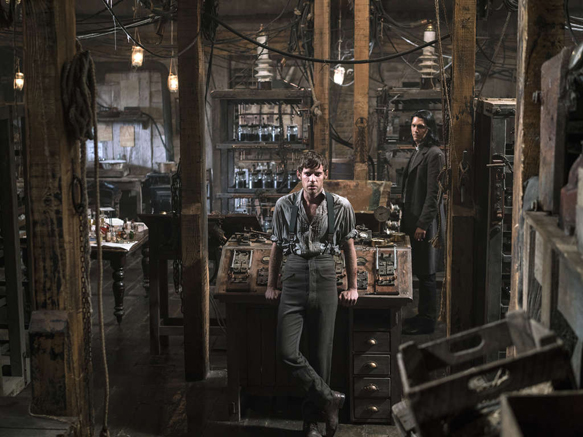 Traveling to Africa to bury Sembene, Sir Malcolm finds himself lost and alone in a world he was once familiar with due to past explorations. Leaving a bar, he almost falls victim to a few locals looking to rob him, but all meet their demise with the help of a Native American man who calls himself Kaetenay. His presence is no coincidence, revealing that he was seeking out Sir Malcolm, demanding that he accompany him to America to rescue Ethan Chandler. His connection to him is currently unknown, but he refers to the American gunslinger as “our son,” deepening the mystery of the future quest.

Facing trial in his hometown of New Mexico Territory, Chandler is traveling by train, escorted by law enforcement, including Bartholomew Rusk. Hecate is also close by, surely on her own agenda. A group of rebels quickly take over the cars, and after an intense shootout, they take an unconscious Chandler with them. They are on a mission to return him alive to his father, a man Chandler clearly wants to avoid.

Season two of Penny Dreadful mainly focused on each character facing their demons, struggling to accept who they were, while protecting Vanessa. Eva Green has said of the third season it will have a more raw and emotional feel, which is already displayed in the premiere alone. The introduction of new characters was a perfect setup to move the story along, especially the ever so familiar Dr. Jekyll and Dracula. Patti Lupone returning to represent a different character was an interesting twist, her and her secretary, Renfield, either a saving grace or a dangerous corner for Vanessa.

October 16 in the year 1892 was a dark time in London, over the loss of their beloved poet, Alfred Tennyson. Using this portion of history to kickstart the third season was a brilliant idea, creating the mood of mourning and darkness, each character feeling just that. The train scene with Chandler and the rebels was an exciting new element, paying homage to many classic Westerns. It will be appealing to see Ethan’s story in this new environment, especially with so many people after him for various reasons.

Once again, the cast and crew have gone above and beyond to forego this epic tale of supernatural entities, cleverly blending multiple storylines which revolve around the main focal point, being Vanessa. Each set is carefully thought out, bringing the current scene to life as it comes full circle with the dextrous dialogue. With the promise of a more adventurous season, the remaining episodes of season three of Penny Dreadful are sure not to disappoint. CrypticRock gives The Day Tennyson Died 4 out of 5 stars. 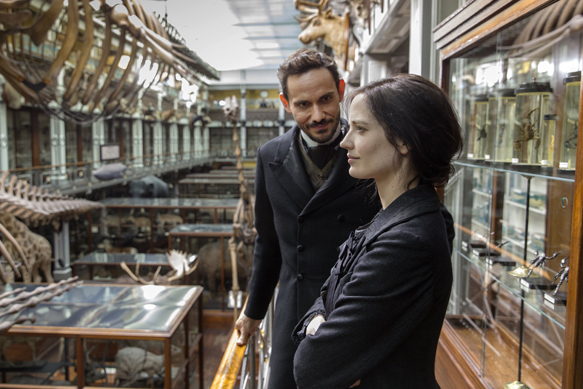