Airing Sunday May 10, 2015, in the second episode of season 2 of Showtime’s Penny Dreadful, the group try to piece together the Verbis Diablo, also known as the word of the devil. Marking the second episode this season done by British director James Hawes (Doctor Who series 2005, Merlin series 2008), the episode is packed with a compelling story-line. Fittingly titled, Verbis Diablo, in this episode, Sir Malcolm seeks the help of his old friend Ferdinand Lyle, a historian who specializes in lost and forgotten treasures, including languages. As the legend goes, once Adam and Eve betrayed God, Satan took God’s language and turned it inside out so his first children could not understand him. Mr Lyle tells the group a story regarding a monk, known only as Brother Gabriel, in the 11th century. One day he told everyone around him that he was possessed by a demon, who apparently spoke in the strange tongue to him, and he wrote it down on random items that were nearby, relics that are currently locked in a box in the basement of the British Museum. Sir Malcolm asks to retrieve these artifacts to further their investigation of the situation at hand. 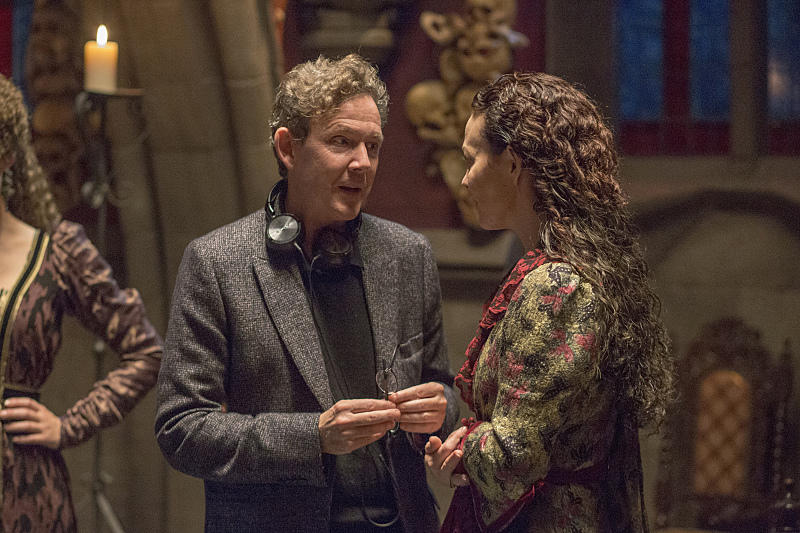 In another basement, Dr. Victor Frankenstein continues his work on the late Brona Croft, newly born as Lily. He tells her they are cousins, and she is meant to marry the Creature, who now calls himself John Claire. She is naturally confused, but speaks and learns quickly. Unknown to her true background, her Scottish accent is now gone, and embraces the story Frankenstein and Claire feed her.

Not over the recent heartbreak from Vanessa Ives, Dorian Grey (Reeve Carney: Spider-Man: Turn Off The Dark 2010, The Twilight Saga: Breaking Dawn – Part 2 2012) wallows in self pity, brooding over a photograph of her. This attracts the attention of Angelique, a quick witted, forward pistol of a woman. After a brief conversation, she leaves him with her card, and a cloud of mystery. No stranger to a little adventure, Dorian sure enough takes her up on her offer, discovering he is not the only one with secrets. 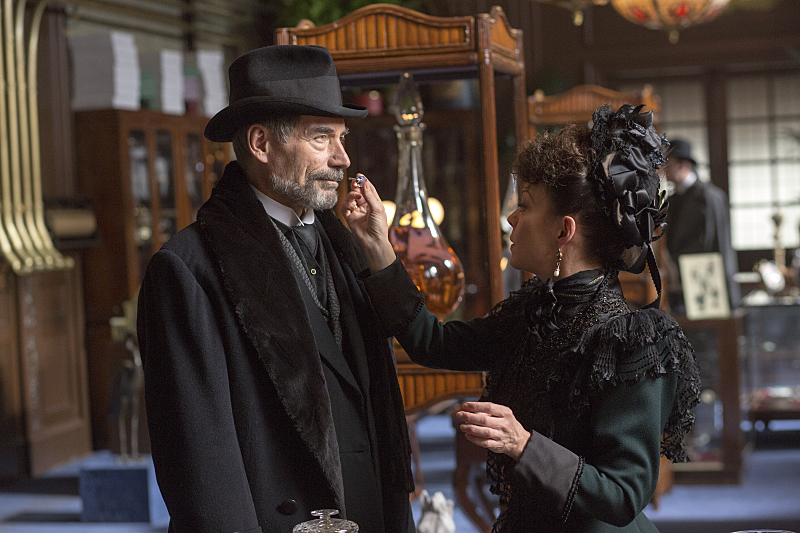 After retrieving the relics from the museum, Lyle soon finds himself in the home of Madam Kali, aka Evelyn Poole. Fearing for his life after she expresses disappointment for these actions, he desperately pleads to misdirect them, which she denies, as she is always plotting to reach her main goal. When one of her “daughters” brings a key piece necessary to carry out her next scheme, she heads into a room filled with dolls, all who appear eerily frightened. Using a human heart, Evelyn installs it into one that intensely resembles Vanessa, which she quickly feels. 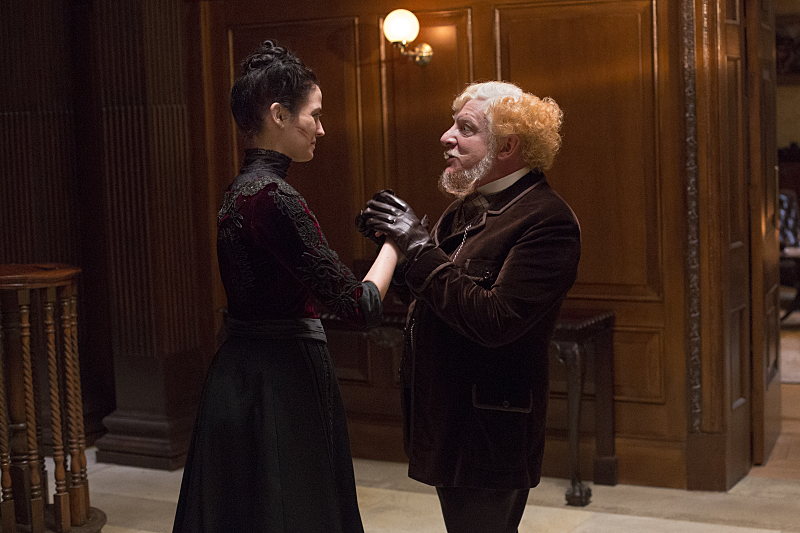 What this Verbis Diablo lacked in action, it made up for in storytelling. Each character embarks on their own adventure in a peculiar shroud, some known to the audience while others are not. Even with the knowledge of the characters’ existing stories told in other forms, it is still interesting to see how they pan out within the imagination that is Penny Dreadful. The more secrets that are revealed, even more questions are raised, leaving the audience eagerly awaiting what adventure is to come. CrypticRock gives Penny Dreadful’s Verbis Diablo 4 out of 5 stars. 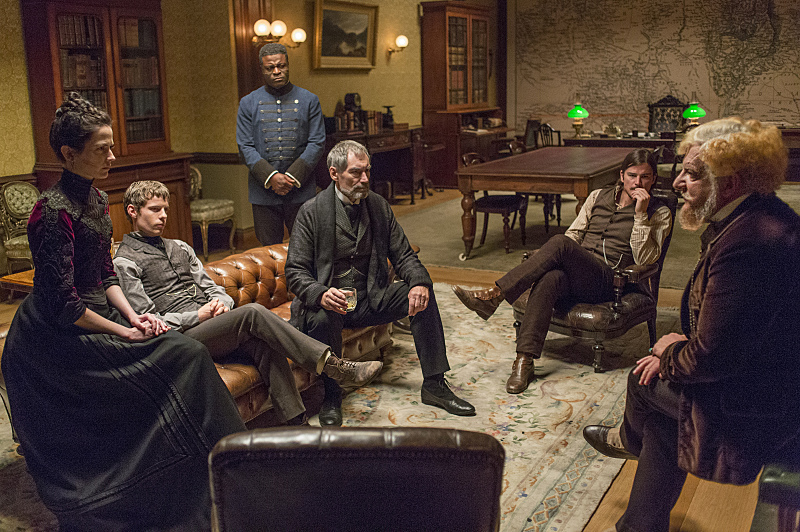