If anything can be said about Pentagram mainstay Bobby Liebling, it is that he has the perseverance and patience of a saint. Since the band’s inception in 1971, he has not given up on his Heavy Metal dream. Over the years, the Alexandria, Virginia based band has not deviated from their ’70s Doom Metal sound and has always managed to resurface every few years despite being plagued with constant member changes and the personal demons of the members. The band has toured more years collectively than many bands of their genre could ever envision, but four decades of this life took a toll on Liebling.

Pentagram’s rise and fall, and their eventual rise again, was cleverly documented in 2012’s “Last Days Here” and it gave a true, poignant, and in depth look at Liebling’s life, substance abuse, and the resulting physical and mental impairments that contributed to the band’s performance and recording schedules. One thing does hold true, and that is the band’s style and tone; it has remained solid since the beginning despite Liebling’s self-destructive tendencies. The band has jumped from label to label over the years. They have put out a record with just about everyone from Metal Blade to Relapse and have been consistent in their modus operandi.

Released in August of 2015 via Peaceville Records, Curious Volume is not a bad album for purveyors of the Doom genre. It is a solid effort and Liebling sounds healthy and strong vocally. It would take pages to list the names of every member that has ever come through the band line-up, but regardless of the number of member changes over the years, the current outfit has met the band’s signature sound. Guitarist Victor Griffin, Bassist Greg Turley, and Drummer Sean Saley have joined Liebling on this current venture. Griffin is a long time on and off again member of the band and worked with Liebling to write the eleven songs featured on the record.

The album opener, “Lay Down and Die” is exactly what Liebling and company did not do. It takes the listener back to the bygone days of the ’70s and ’80s when Doom was beginning to peak and it sets the tone for the rest of the disc. Followed by “The Tempter Push,” “Bury the Dead,” and “Earth Flight,” the band continues to continuously stream the heavy, thudding rhythm that they are known for. The rest of the albums moves at much the same pace. “Walk Alone” sounds much the same as its predecessors and proves that Pentagram has kept their somewhat archaic, but steady formula intact. It is slow, heavy, pounding, and has Liebling pushing himself to growl and posture through most of the music. “Sufferin’” is a bit autobiographical and Liebling’s voice has a nice tone. He is on key, is not ranting or rambling, and seems to be moving toward what may be a musical recovery of sorts.

The title track is probably the best song on the album. It still has the traditional Pentagram Doom mantra but does pick up the pace a bit more than the other tracks. The remainder of the songs, “Close the Casket,” “Devil’s Playground,” and “Because I Made It” are somewhat generic for the genre and keep the pace for the rest of the album.

While nothing overtly negative can be said about Curious Volume as a whole, the only problem to be found is that there is little variety in the tone of the songs. As with so much of the genre, many of the songs sound the same. This is something that fans must face. When listeners hear the record, they will know immediately that it is Pentagram. They will know that Liebling has pushed his boundaries and put out a solid record, but they will also know that, as it has been with Pentagram since 1971, it will sound almost exactly like many of their first offerings. However, listeners like what ythey hear, the legions of die-hard Pentagram fans certainly will, the band has planned a U.S. and European tour for 2016. Dates will be released soon according to the band’s website. CrypticRock gives Curious Volume 3.5 out of 5 stars. 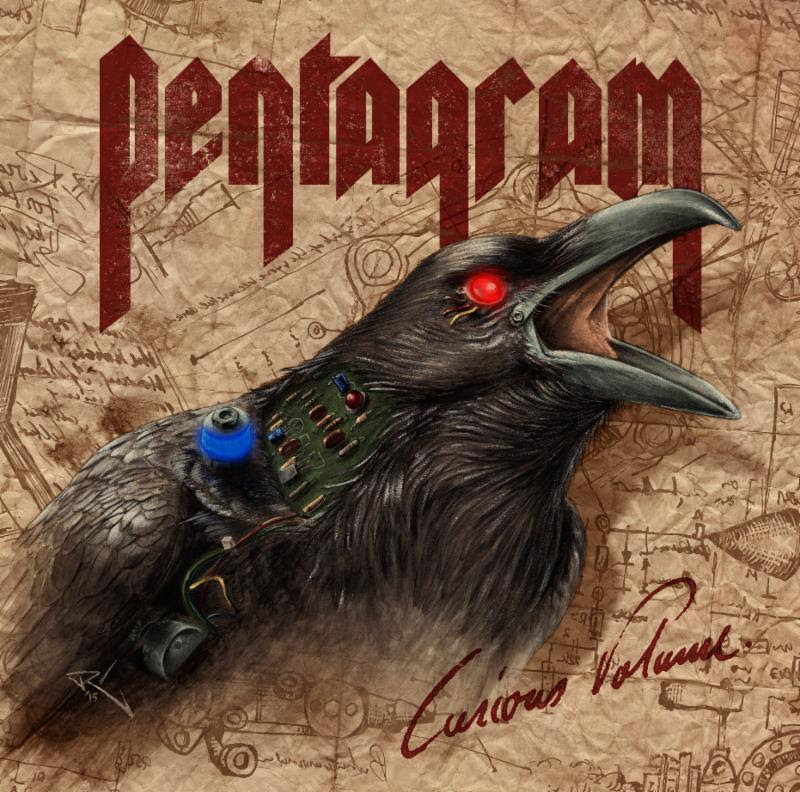