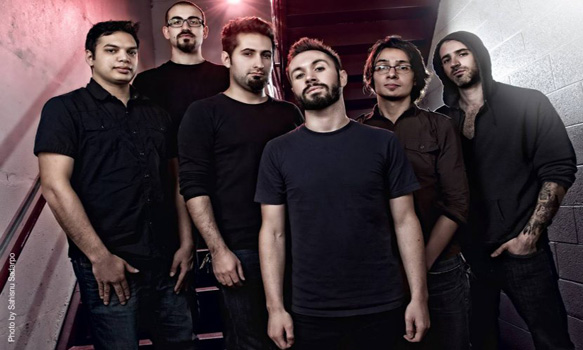 Described as Progressive Metal, Periphery is widely regarded as a key leader that pushed the Djent movement into the spotlight. Since becoming an extremely popular sub-genre of Metal music, many would say the technical nature and highly skilled musicianship that Periphery has displayed over the past decade helped open the minds of young music fans in an extraordinary new way. That being said, the Washington, D.C. based band currently consisting of founder Misha Mansoor (guitar, programming), Jake Bowen (guitars, programming, vocals), Matt Halpern (drums), Spencer Sotelo (vocals), Mark Holcomb (guitars), and Adam “Nolly” Getgood (bass, programming, production) continue to push the envelope with the release of their fifth album, Periphery III: Select Difficulty.

Setting the bar at a new level, the band cohesive double album, 2015’s Juggernaut: Alpha and Juggernaut: Omega wowed audiences, raising expectations of what to expect from the genre. While bold, Periphery also crosses boundaries with a sound that is not only pleasing to Prog-heads, but teetering on breaking big into the mainstream Hard Rock realm. Diving back into the Periphery chapter titled albums for the first time since 2012’s Periphery II: This Time It’s Personal, Periphery III: Select Difficulty continues the evolution upon its release on July 22, 2016.

Known for often lengthy compositions, the eleven track album kicks off with the relatively standard duration of “The Price Is Wrong.” Ripping in with crashing drums and a mixture of screams and growls, frustration and anger flow through the instrumentals and vocals while a guitar solo steps in as a pinnacle of the two emotions. Leading with no pause, “Motormouth” comes next with a tempo that morphs into a steadier beat. This vibe continues on throughout the record, just directed at a smaller, target audience. That in mind, the album’s lead single, “Marigold,” opens with beautiful violins giving way to heavy guitars and an almost frantic beat. Quite a powerful piece, calmer, haunting vocals add a dramatic effect, while the harsher vocals are saved as an added effect. With many vocal details featured in the track, a dark contrasting choir comes in for even more depth.

Mixing it up some, “The Way The News Goes…” is up next with a diverse guitar range and Punk style vocals. Ethereal female vocals float in and out of the beat, and extends the serene mixed with Rock flow of the album. Then there is “Remain Indoors,” which features stomping guitars and emotional, strained vocals while offering up advice through simple lyrics, provoking deep thought. Periphery keep the audience guessing though and “Habitual Line-Stepper” shifts the energy back to earlier tracks with a crazy beat along turbulent vocals. Midway through, it shifts again in a melding of shadowy echoes and eerie tones. This is just an exemplification of the varied styles the band is exploring with as they grow.

Deeper in, “Flatline” begins with ominous cellos leading into a thundering beat. Different elements keep the mood interesting while a story is told about a decision being made. Thereafter, the album’s second longest track, “Absolomb,” is introduced with heavy bass before easy plucking on guitars lends a nostalgic feel to match words that explore loneliness. Following with warped sound effects, “Catch Fire” is a composition filled with promises, and is well suited to listen to on a rainy day. Returning to the heavier tones of earlier songs, “Prayer Position” erupts with angrier vocals, as well as more chaotic rhythms, while fast vocals and loud drums are unleashed, pumping up the intensity. Then, the final song, “Lune,” closes out the album with an echoing guitar and near wind-like effects. In fact the longest of all the songs on the record, it creates a very serious, if not apocalyptic vibe.

Overall, Periphery III: Select Difficulty is very diverse within each track, while keeping a similar theme throughout the album. The tracks shift gears often, but smoothly, allowing for all of the different aspects to be appreciated. Fans might find, that every once in awhile, it may feel a little forced, however, this does not take away from the album. There is a lot of talk among some purist Periphery fans that the band’s shift in direction is not to their liking. Inevitable to happen with any band, Periphery have not comprised musicianship in their journey forward, and for that reason, the more fickle followers should expand their horizons as well. All in all, Periphery III: Select Difficulty is a very well-put-together album, and that is why CrypticRock gives it 5 out of 5 stars. 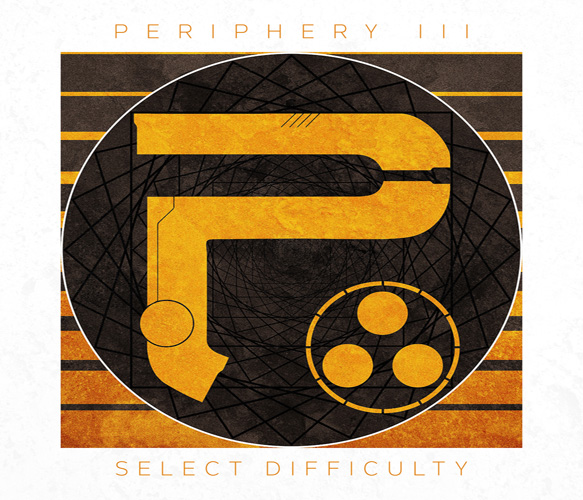