Even millions after their extinction, dinosaurs are still a popular attraction. There is often speculation as to what would happen if dinosaurs would suddenly come back to life and live among humans. The Family Sci-Fi film, My Pet Dinosaur, has added to this ever growing genre. My Pet Dinosaur, via Pinnacle Studio, arrived in Australia and New Zealand cinemas on April 22nd of 2017. 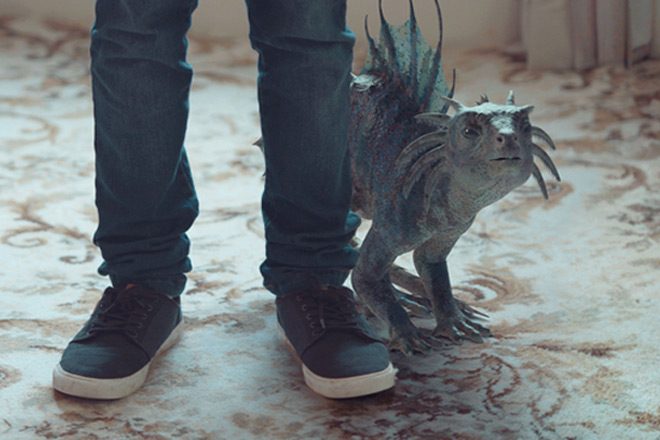 It is set in Brightwood, a town that is in some kind of trouble. Many of the businesses are closed and for sale. The residents seem to be overly concerned about their health. It is implied, though not clarified, that there is a high incidence of cancer among them. An EPA agent (Christopher Gabardi: Stingers series, All Saints series) and his daughter, Abbey (Annabel Wolfe: debut film) have just arrived so that he can figure out what is going on. A military base just outside the town is run by the extremely serious and visibly sinister Col. Roderick (Rowland Holmes: Faith in the Future series). Col. Roderick is the only person in town that does not seem to want to solve any of its problems.

Jake (Jordan Dulieu: House of Hancock 2015) is a brooding pre teen who is still mourning his father’s death after two years. His three friends are obsessed with UFOs and aliens. The group of boys, along with Abbey, go searching the woods for proof of alien lifeforms. It is there that Abbey finds some mysterious glowing goop substance that she takes a sample of and convinces Jake they should use it for a science project. Through a small series of accidents, in the process of working on the project, Jake somehow creates Magnus, a glowing, skin changing, and dog-like dinosaur. Jake becomes extremely attached to Magnus and the group of children band together as they try to keep him from falling into the hands of Col. Roderick and the military. 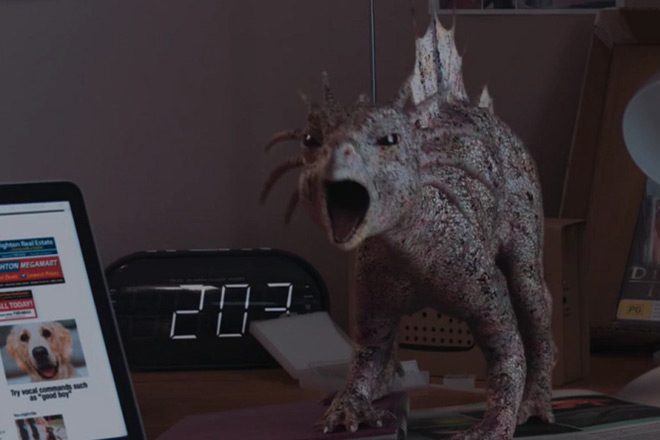 There are clear references to Steven Spielberg’s 1982 classic E.T. the Extra-Terrestrial. From Jake coaxing Magnus out of the closet with candy to Col. Roderick and the entire military base doing everything in their power (legal and illegally) to get their hands on the dinosaur; it is difficult not to compare the two in vision. One deals with an alien, the other a dinosaur of questionable origin. Both are unique in their own rights, but the plot is basically the same. The old standard does still remain true, though, nothing beats an original.

My Pet Dinosaur does not rise to the level of being endearing. It is cluttered with too many characters that have not been fully fleshed out. Their only purpose appears to be so that the predictable climax can be achieved. Most of the adult characters are simple and one track minded in intelligence; while the children are all , in their own way, some type of genius. There is not enough character development for the viewer to truly have any type of emotional connection or invested interest in their success or failure. Magnus is the only character that invokes any type of emotional response. This is mostly because he is portrayed as more of a pet, as the title suggests, than a wild and unpredictable animal. 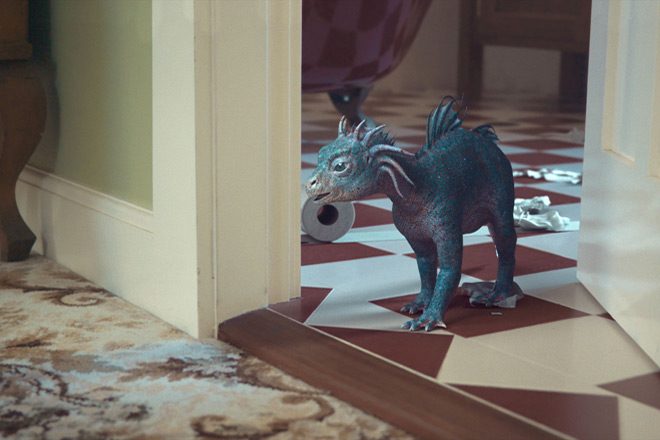 A lot of vital information about what exactly is going on in this town is not clear. Facts are thrown out in conversations, but it is done so casually the importance is lost. It leaves the viewer questioning a lot of what is going on within the action. Leaving some things ambiguous is a great plot device, if used correctly, but when it is a major factor in why the action started in the first place, the ignorance creates a void that is too distracting to follow anything else closely.

My Pet Dinosaur does have its own merits, but falls in the trap of taking itself too seriously without any trace of lightness along the way. On the flip side, it does not quite go dark enough to be considered a serious film. Sadly, it is because of this that CrypticRock gives My Pet Dinosaur 2 out of 5 stars. 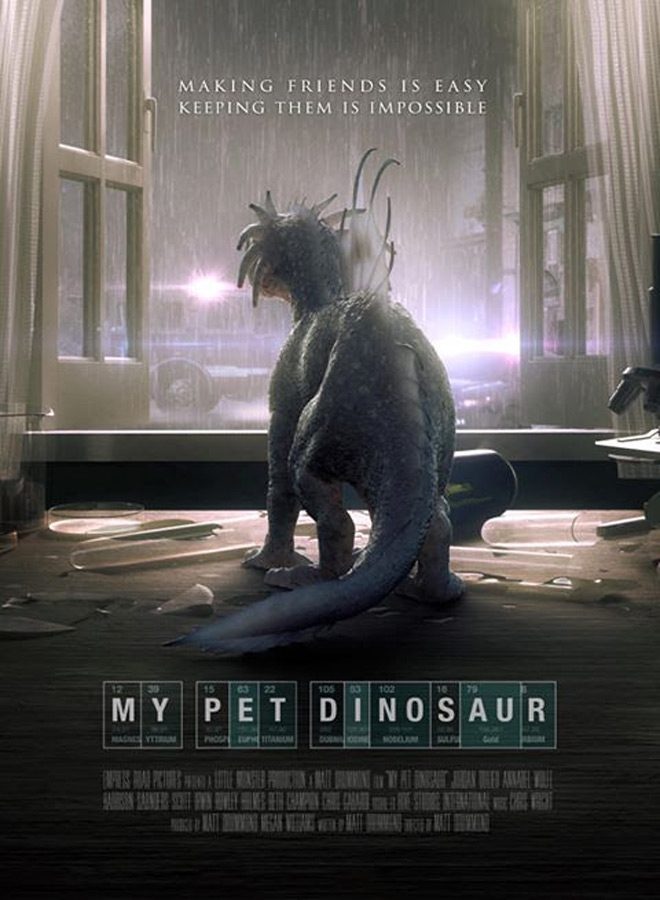