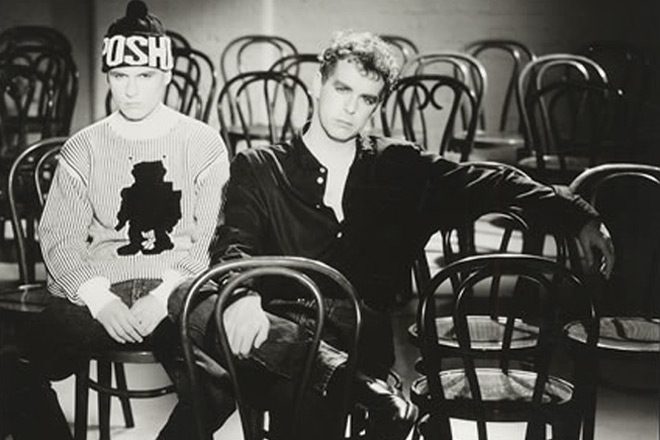 However, the follow-up, 1987’s Actually, was what further cemented Pet Shop Boys’ place in the pantheon of New Wave Pop greats and made their music videos regular staples for the so-called ’80s MTV generation. Thirty-years on, having been a game changer and a catalyst of the duo’s eventual and enduring success, Actually remains intact and legitimate.

Now, refresh yourself with what comprised Actually and how it captivated in sweet surrender not only Pet Shop Boys’ legion of fans but also the Pop music community in general.

Released on September 7, 1987, initially by Parlophone in the United Kingdom and by EMI Manhattan in the United States and Canada, Pet Shop Boys’ sophomore offering opened with the slow buildup of “One More Chance,” whose glittery Disco beat, synth melodies, and vocal styling harked to the duo’s previous single “Opportunities…” – an excellent transition.

This was followed by the punchy, percussive-oriented but soulful and breezy allure of the chart-topping “What Have I Done to Deserve This?” featuring guest vocals by the ’60s-peaking English Pop Singer Dusty Springfield. Once again, Pet Shop Boys succeeded in incorporating elements of Hip-Hop, particularly the subtle Rap parts, into their music—which was even at the time no longer alien in the genre; after all, the New Wave pioneer Blondie had before them dabbled in the same style as early as 1980, best heard in the Deborah Harry–led American band’s chart-topping song “Rapture.”

The vibe then turned ominous as soon as the cinematic, Sci-Fi-inspired “Shopping” played next, swimming in the same depths of cold, dark waves explored in that era by fellow Synthpop pioneers such as Fad Gadget (“Collapsing New People”), Depeche Mode (“A Question of Time”), and Camouflage (“The Great Commandment”). Another classic single culled from the album ensued in soaring melodies – the trumpet-adorned and lyrically controversial “Rent” (“I love you / You pay my rent…”). Then, the jagged and slightly angular dance-floor track “Hit Music” closed the album’s first side.

Side B started with the sparse, synth-drenched, serene soundscape of the slow song “It Couldn’t Happen Here,” which to this day can still strum any longtime fan’s heartstrings into a poignant and pensive predisposition. Now, who said that brilliant balladry does not exist in the Synthpop genre? After this depressing mood, the music then exploded into the celebratory aural direction of the heavily textured “It’s a Sin,” which had also its gloomy, minor-chord moments, complementing the equally dark, provocative theme of the song itself (“At school they taught me how to be / So pure in thought and word and deed / They didn’t quite succeed…”). Another filmic, dreamy, lit-tunnel-driving, flickering-lights-conjuring track came next in the form of “I Want to Wake Up,” whose pulsating beats and hypnotic rhythm were powerful enough to transform the listener into a willing somnambulist dancer.

The fourth and final single off Actually, the high-charting “Heart” still belonged to the center of the discotheque despite its lyrical sentiments; it also remains as one of Pet Shop Boys’ poppiest songs, owing to the straightforward, love-filled lyrics and minimal, yet melodic instrumentation. Finally, Pet Shop Boys wrapped up their second chef-d’oeuvre gracefully with the smooth, soulful swing of “King’s Cross,” in which Tennant’s soft, sweet voice swayed silkily above the sea of relatively simple orchestration.

Pet Shop Boys are among the most enduring and prolific outfits in what many endearingly call New Wave/Synthpop music, alongside fellow pioneers The Human League (“Don’t You Want Me”), a-ha (“Sun Always Shines on T.V.”), and Orchestral Manoeuvres in the Dark (“If You Leave”). The amiable and soft-spoken, yet expressive and assertive duo of Tennant and Lowe, who formed Pet Shop Boys in 1981, in London, England, had just released last year their thirteenth studio album, becoming more and more influential to so many young and aspiring artists in the Pop music world. However, the pure and innocent sound of their music will always be rooted in the boundary-breaking glory of their early, humble beginnings such as Actually, which still sounds as fresh and youthful as it was thirty years ago.

So, after giving some of Pet Shop Boys’ most recent works a spin on your record player, would you please turn around and pay homage to where it all actually started? Furthermore, may you listen to them in your most introspective and best behaviour. Thank you very much. Merci beaucoup. 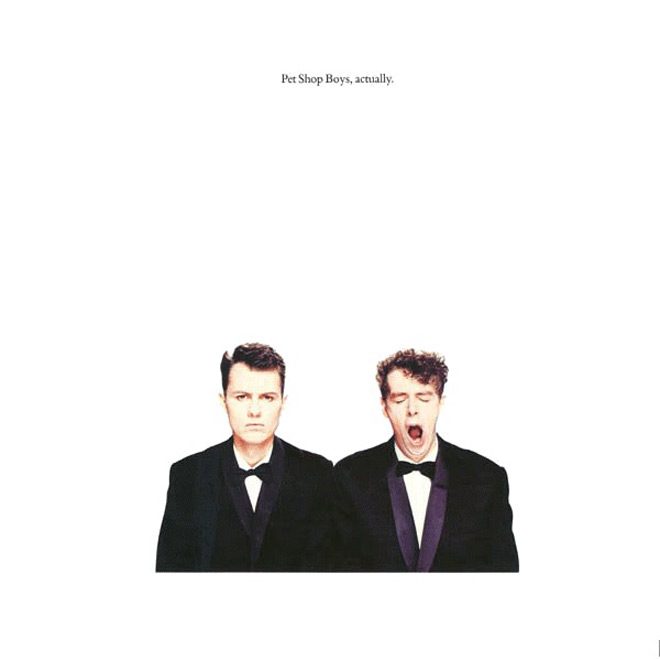