Can you think of a better way to spend a Friday night than hearing full sets of iconic Joy Division and New Order tracks? Thanks to Peter Hook & The Light, fans of these iconic New Wave bands packed into Brooklyn Steel on Friday, April 27, 2018 for a stacked night featuring two full sets of some of the most venerated songs from both bands. The Substance tour, currently making its way across the US, sees founding Joy Division and New Order Bassist Peter Hook playing the both bands’ Substance compilation albums, both of which include some of the most well-known tracks from the era. With no support, Peter Hook & The Light were able to put together over two full hours of music that kept the crowd enraptured from beginning to end.

Peter Hook – affectionately known as Hooky – has quite a storied history. He is one of the founding members of Joy Division, one of the most influential and iconic bands from the New Wave era. Inspired by the burgeoning Punk scene in Manchester, UK, Joy Division formed in 1976 with Hook, Guitarist Bernard Sumner, Drummer Stephen Morris, and Vocalist Ian Curtis. In the four years Joy Division was active, the band created a catalog of seminal songs that continue to have a massive influence even today.

After Curtis’ tragic and untimely death by suicide  in 1980, New Order were born from the ashes of Joy Division. New Order went on to release dozens of studio albums, singles, and compilations and are still active today, though Hook and Sumner parted ways over ten years ago. Hook has written two book about his experiences with these iconic bands: 2013’s Unknown Pleasures: Inside Joy Division and Substance: Inside New Order, and has also written a book chronicling his time running the Hacienda club, published in 2009, and appropriately titled The Hacienda: How Not to Run a Club.

Needless to say, Hook is an extremely accomplished musician who is thankfully still happy to perform the songs that have soundtracked the lives of disaffected youths all over the world. Since Curtis’ death came on the eve of Joy Division’s first American tour, fans in the US were never able to hear these songs performed live, meaning that Peter Hook & The Light have been brining unique experiences to fans since they began performing in 2010. In theory, this idea should feel contrived or cheap, but Hook and his band lovingly re-create these songs and perform them in a way that still manages to resonate so brilliantly. Peter Hook & The Light’s show is something that has to be experienced to be believed, and fans were certainly in for a treat at Brooklyn Steel, nestled in the Williamsburg neighborhood of Brooklyn, New York.
A relatively new venue, opened in 2017, Brooklyn Steel was packed to the gills when Hook & The Light took the stage for the first of two stacked sets. Set number one was all New Order, featuring all tracks from the band’s 1987 Substance compilation that highlights New Order’s early years. Many of New Order’s most well-known and successful tracks can be found in Substance, and so fans already knew they were set to hear some of their favorite songs in the first hour of the evening.

The band actually kicked off the set with “Turn the Heater On,” a beloved cover of Keith Hudson’s Reggae track originally recorded as a tribute to Curtis. Fans exploded with cheers as the first note of “Ceremony” rang through the venue. This track was originally written by Joy Division prior to Curtis’ death, and then the song was given new life as New Order’s first single in 1981.

Hook kept the momentum going with “Everything’s Gone Green,” “Temptation,” and the beloved “Blue Monday,” a song which to this day remains the best-selling 12” single of all time. Fans happily danced and sang along as the band continued through “Confusion,” “Thieves Like Us,” and “The Perfect Kiss,” sticking to Substance’s original track order. Why mess with a good thing, right?

Hook and the band had a great energy, feeding off the fans decked out in classic Joy Division and New Order shirts, as they wound down the first set with “Subculture,” “Shellshock,” and “State of the Nation” before rolling into “Bizarre Love Triangle,” another of New Order’s most well-known singles. Closing out the first set with a brilliant performance of “True Faith,” the band left the stage for a short break, giving fans just enough time to grab another beer and emotionally prepare for the Joy Division set.

Joy Division’s Substance compilation was released in 1988 as a companion to New Order’s, and it brought all of the band’s non-album singles, b-sides, and re-recordings together in one place for the first time, including the seminal “Love Will Tear Us Apart,” easily Joy Division’s most iconic track. Eager conversation and energy buzzed throughout the room as the crowd discussed the previous set and speculated about what was to come next.

The New Order set was definitely driven by energy and positivity, but that was nothing compared to the renewed vigor Hook & The Light returned with when they took the stage once again and began their second set with “Too Late,” one last New Order deep-cut that Hook jokingly claimed they “forgot to play.” Then, finally, the Joy Division set began in earnest with “No Love Lost,” “Isolation,” and “Shadowplay.” Curtis’ voice was so unique and distinct, but Hook’s vocal range suits these songs just as well, making them sound uncannily similar to the original recordings fans are so familiar with.

One of the high points of the evening was the band’s stellar performance of “Warsaw,” one of Joy Division’s most high-energy and Punk-leaning tracks. The crowd seemed re-invigorated by this song, and that energy remained through the bass-heavy “Leaders of Men,” “Digital,” and “Autosuggestion.” Nearly everyone in the room screamed along to “Transmission” and the dark, Industrial “She’s Lost Control.” As they were all night, the band was totally on point and perfectly re-created “Incubation,” “Dead Souls,” and fan-favorite “Atmosphere.” Then, instead of leaving the stage and returning for an encore, the band finished the night with an incredible rendition of “Love Will Tear Us Apart,” complete with a spectacular light show and muted chorus so that everyone inside Brooklyn Steel could be heard singing each and every word, making for a brilliant cap on an already incredible night.

Peter Hook & The Light’s show is always a great experience, and if you are a fan of either Joy Division or New Order, then you should ensure that you catch one of these shows as the Substance tour continues to bring joy to fans across the US. 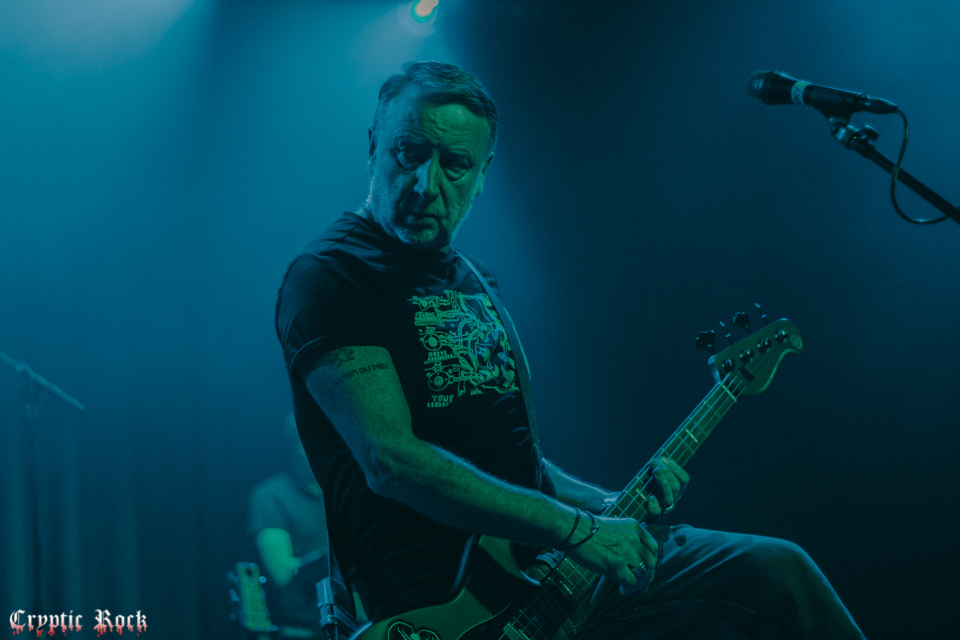 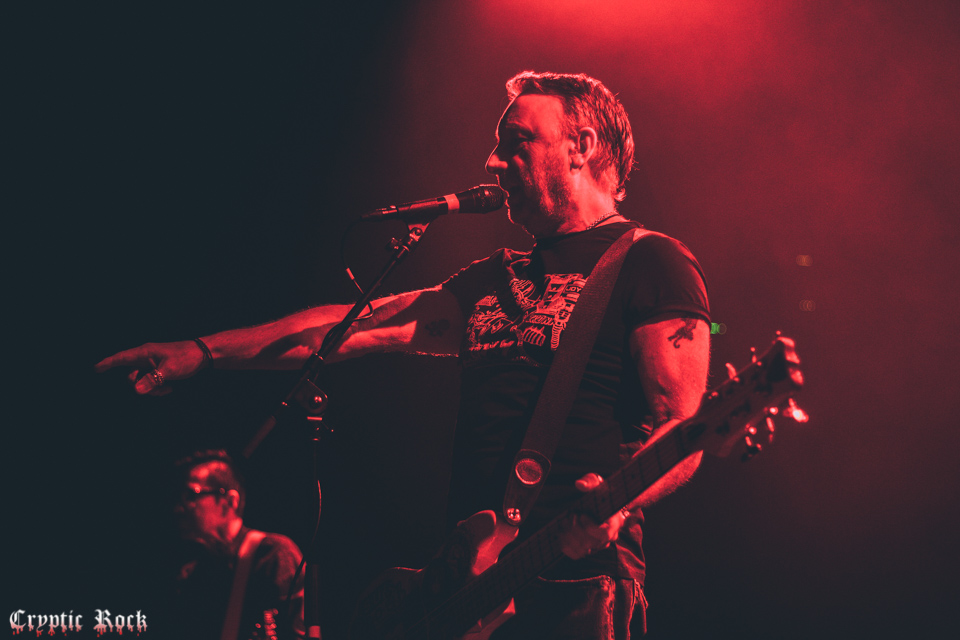 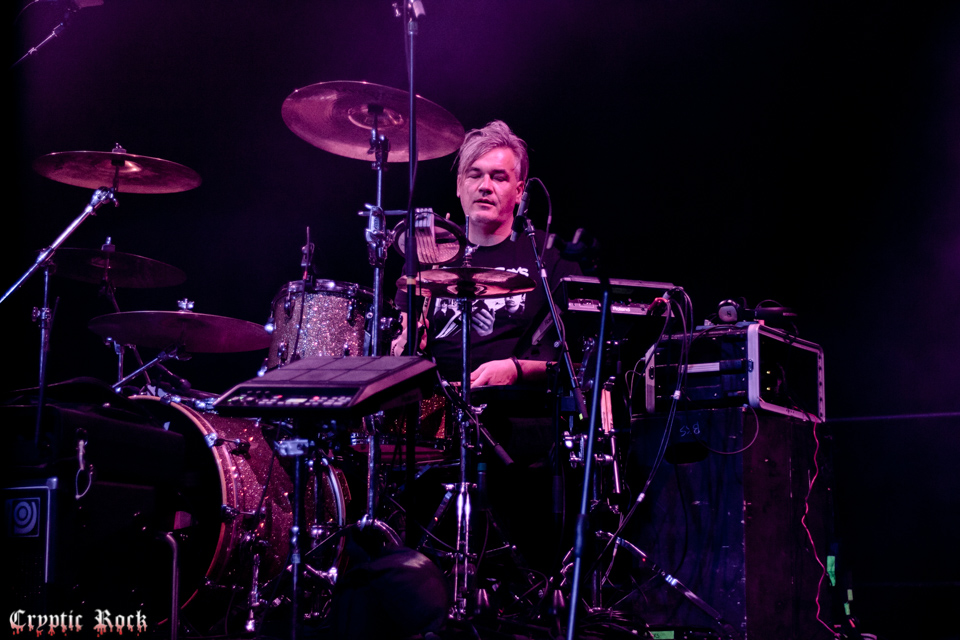 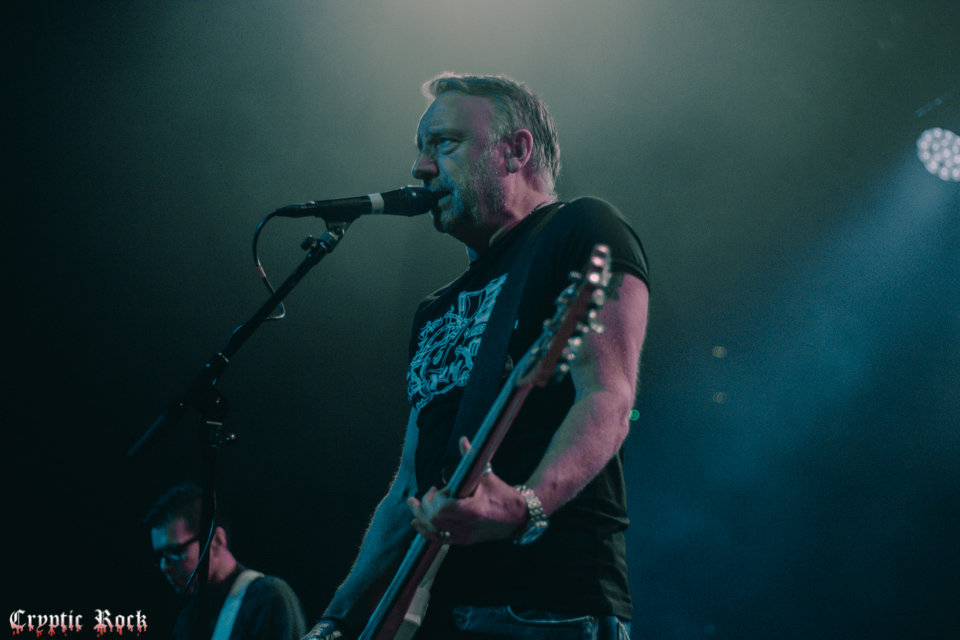 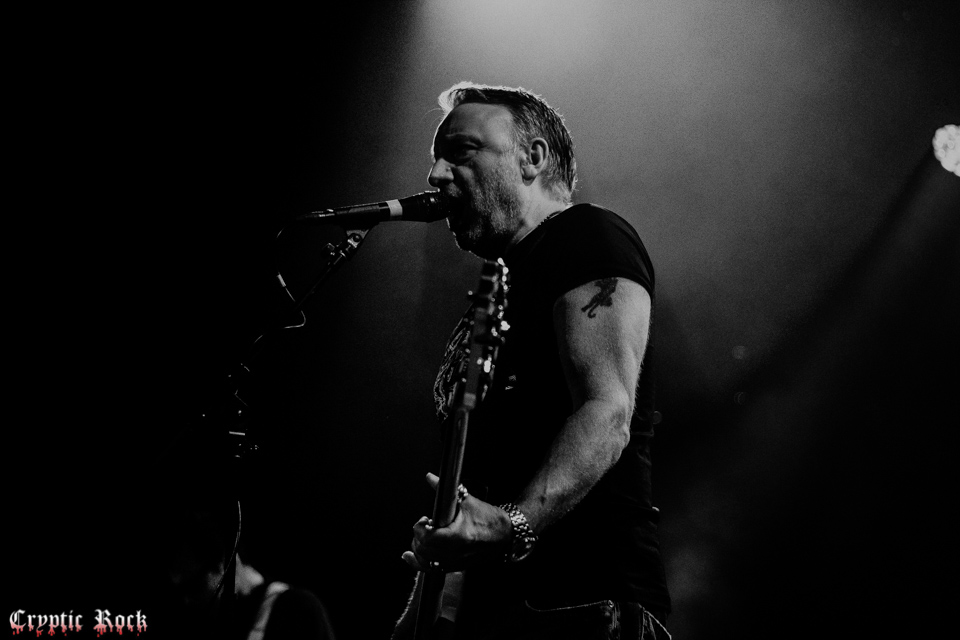 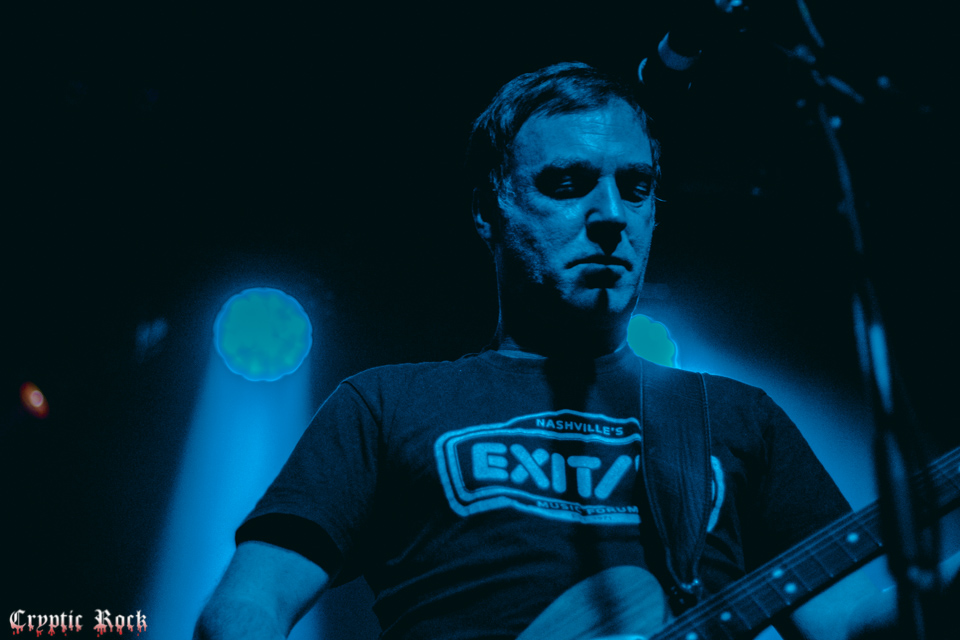 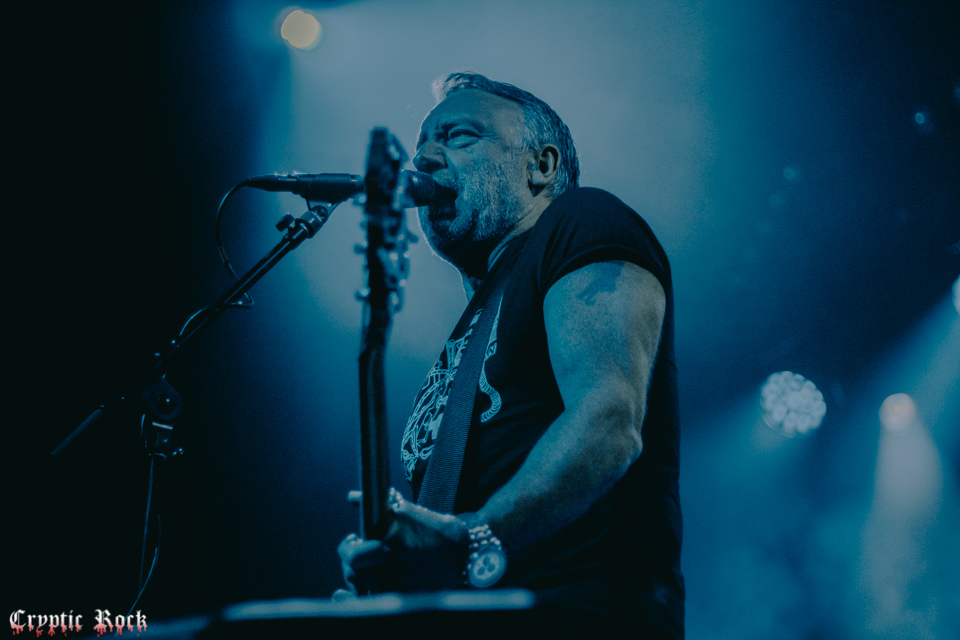 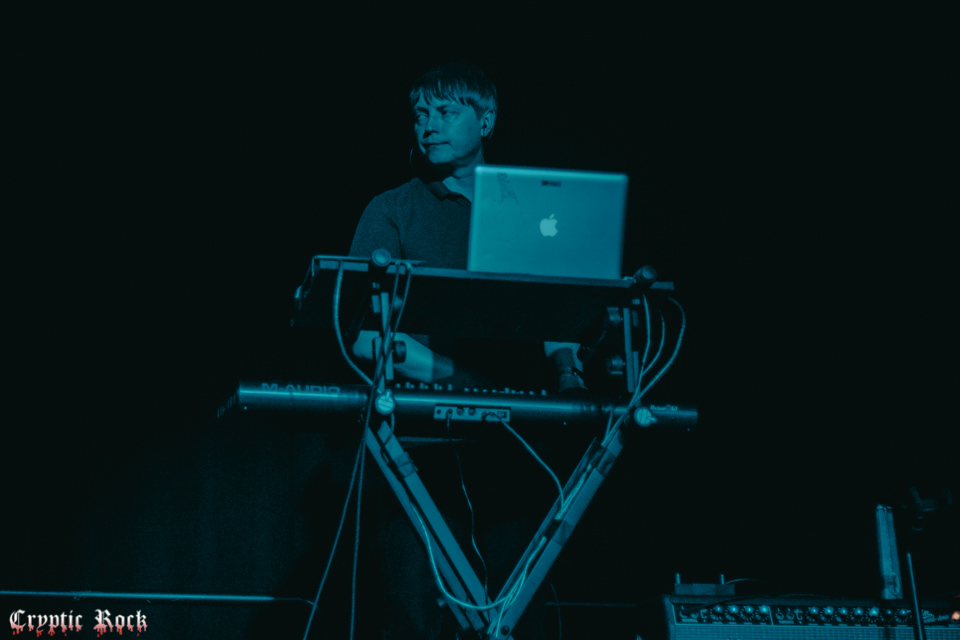 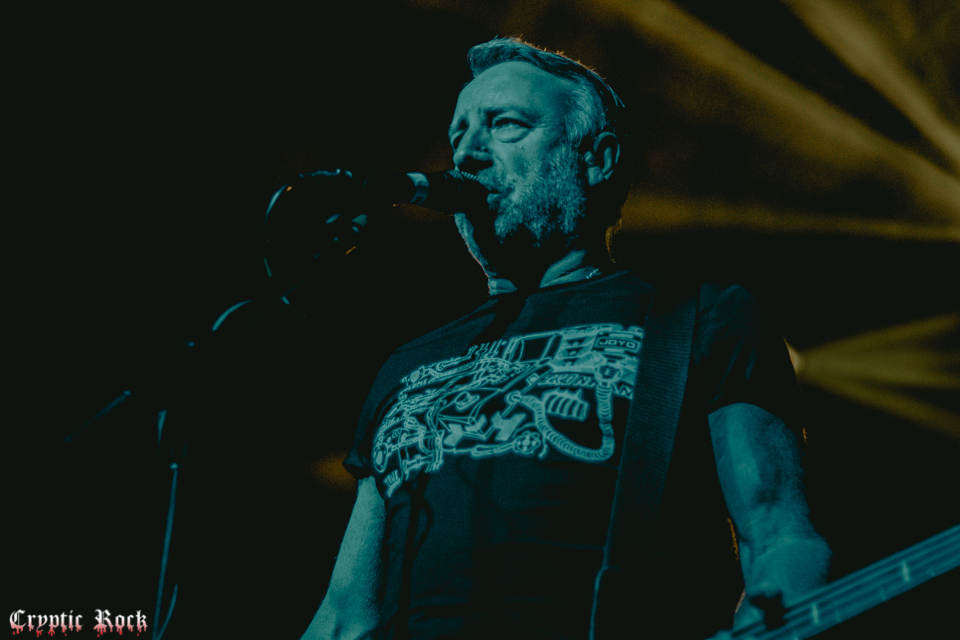 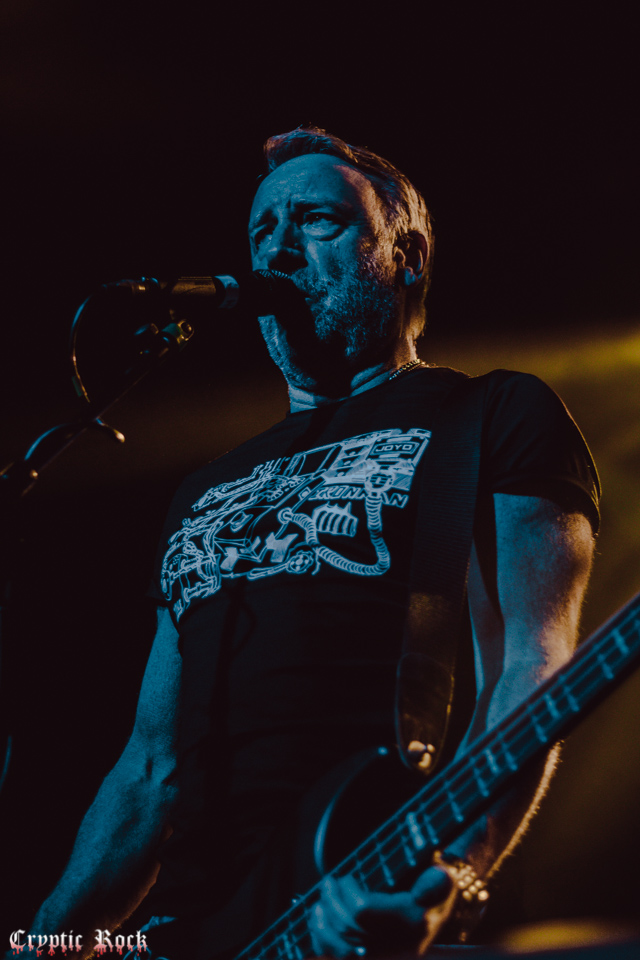 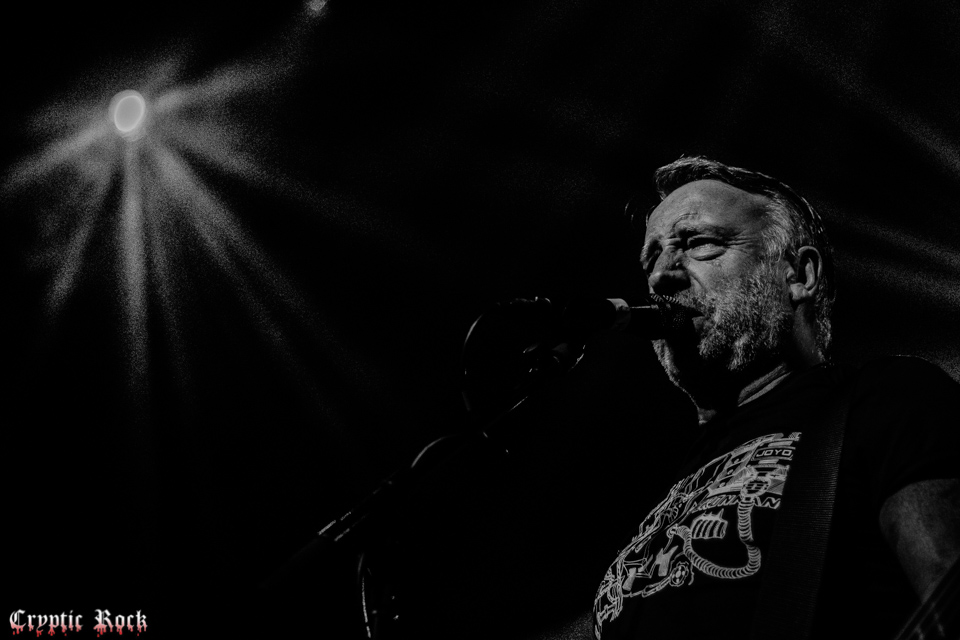 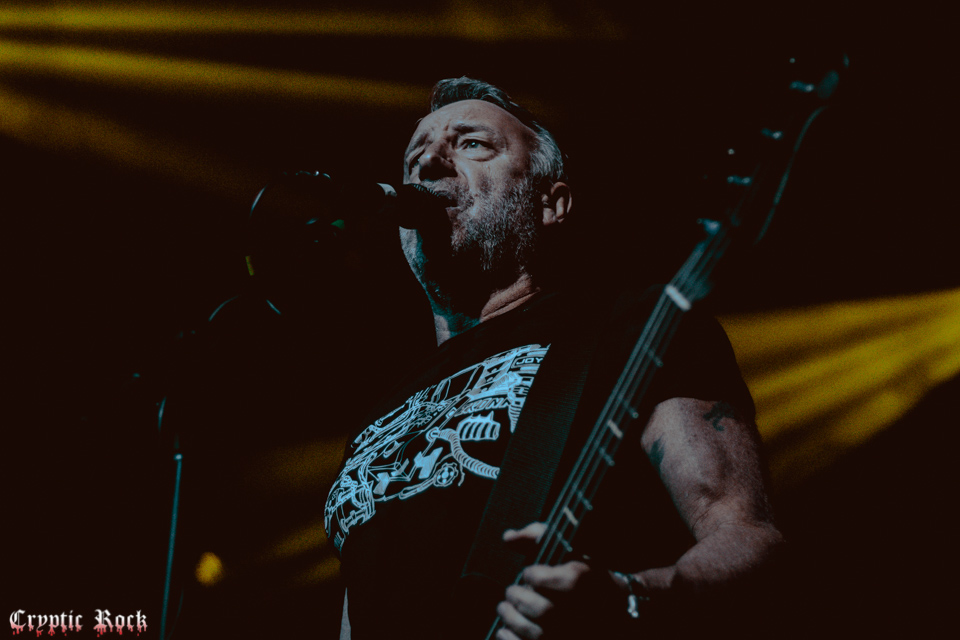 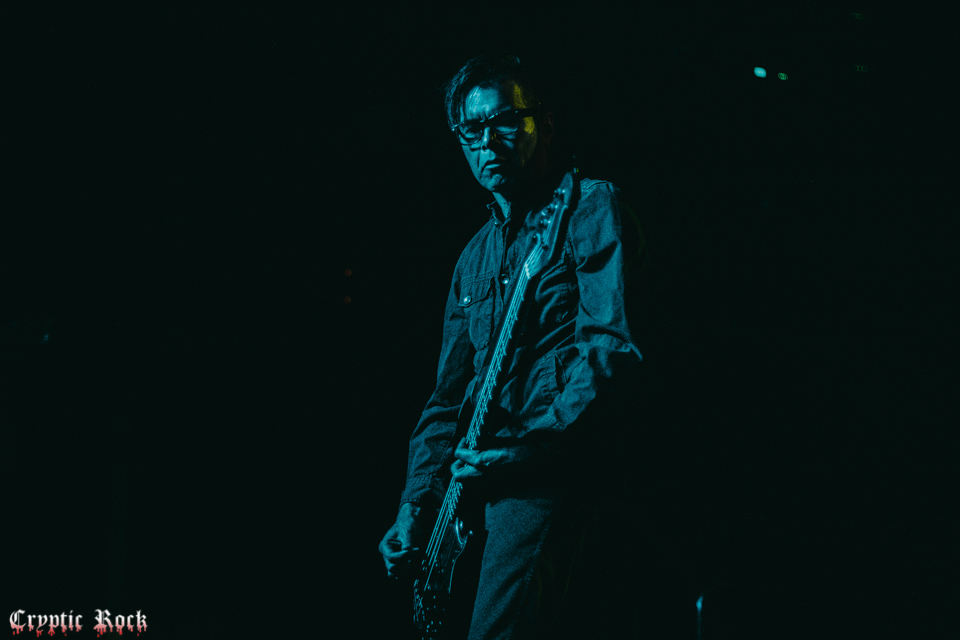 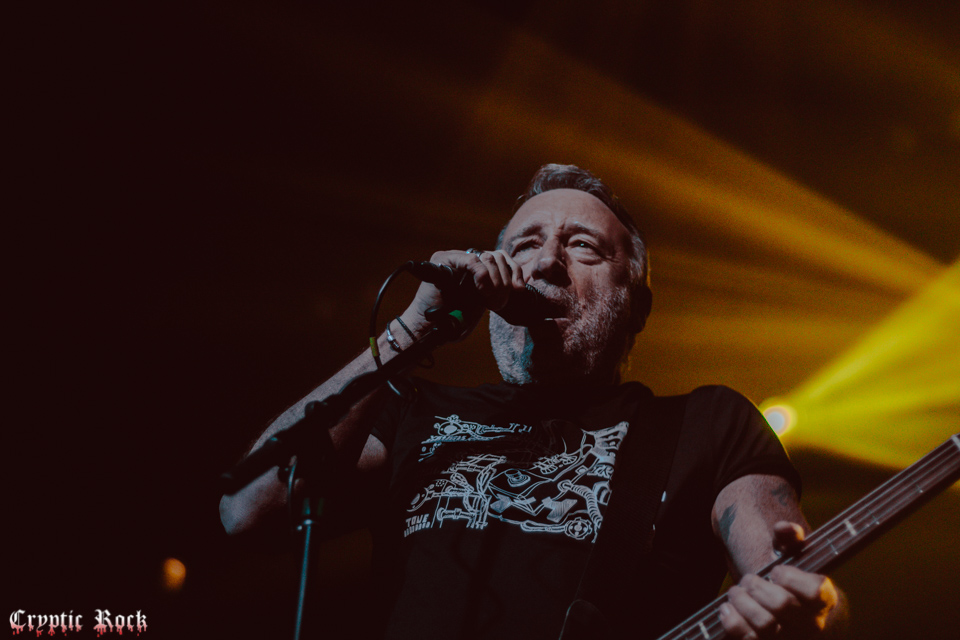 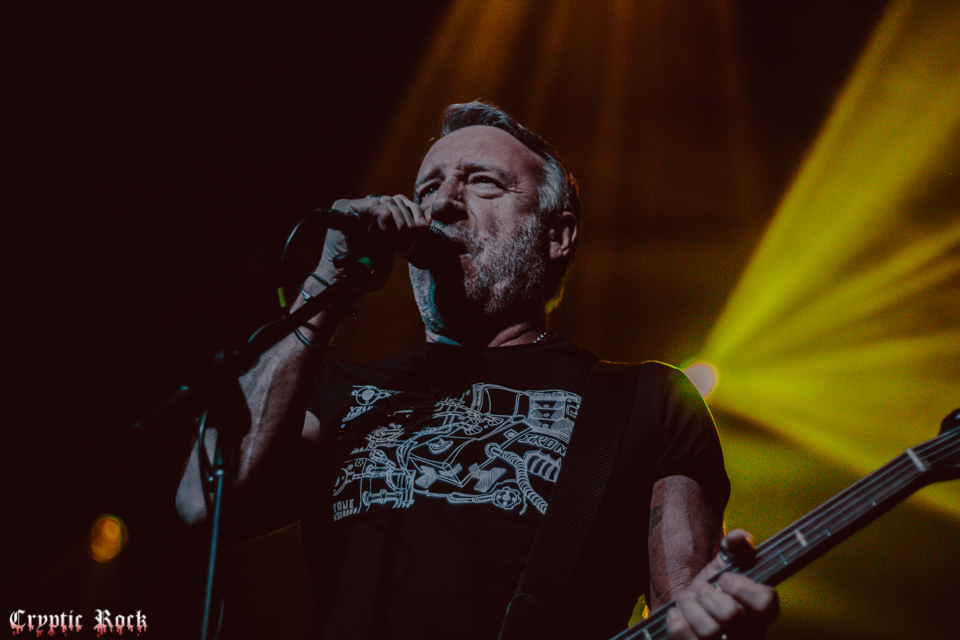 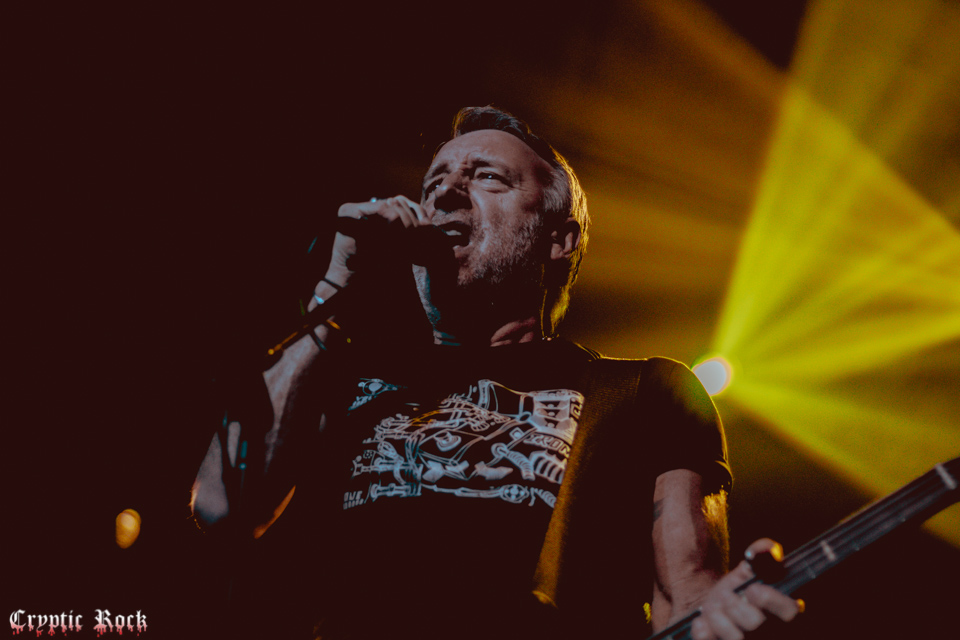 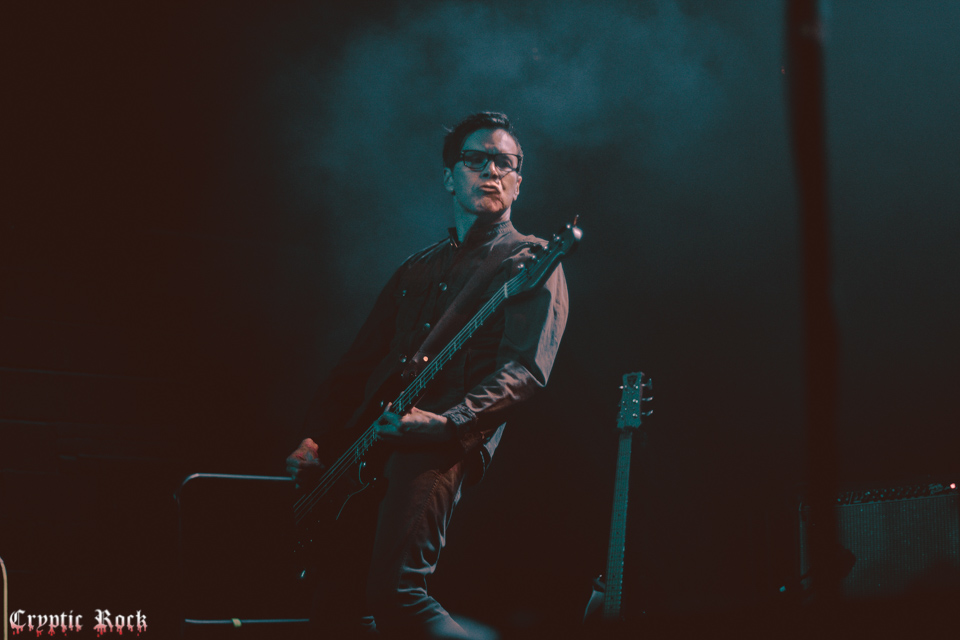 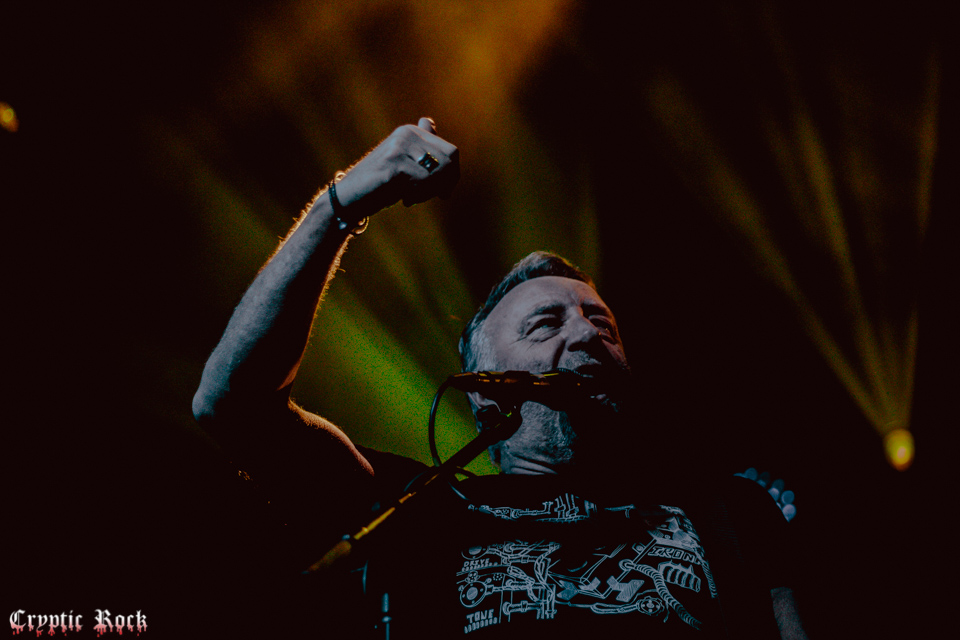 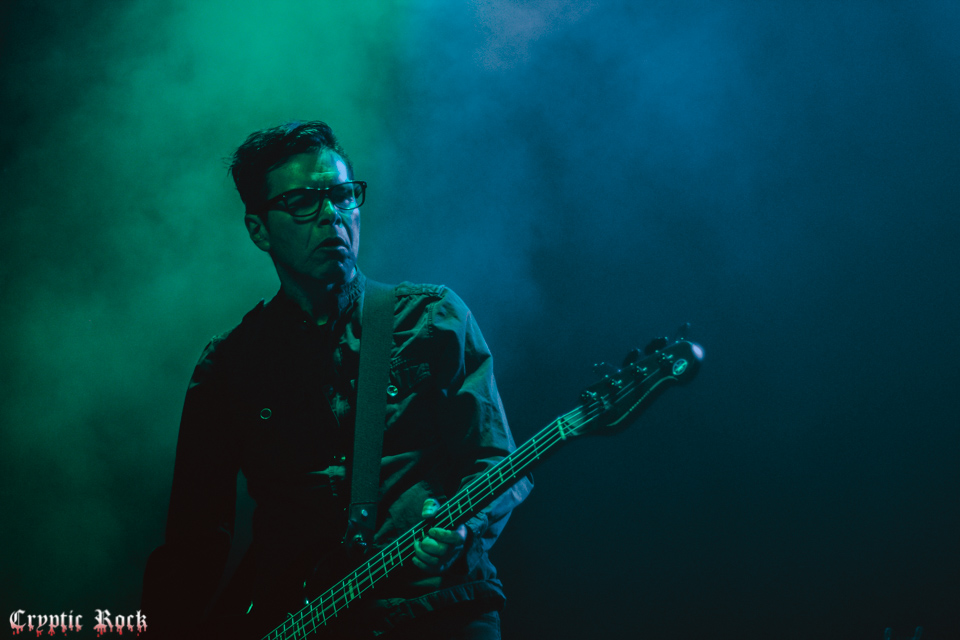 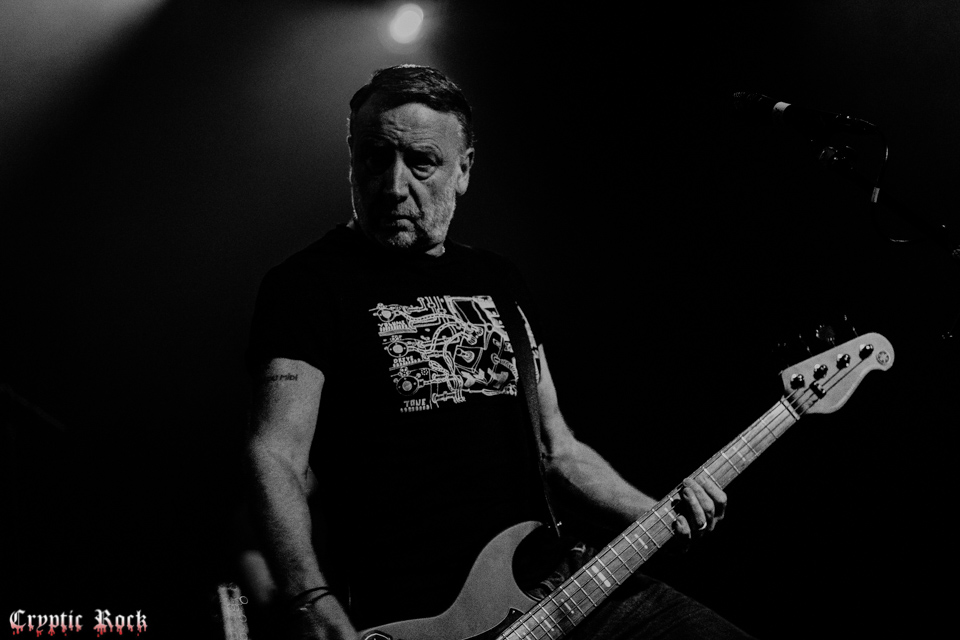 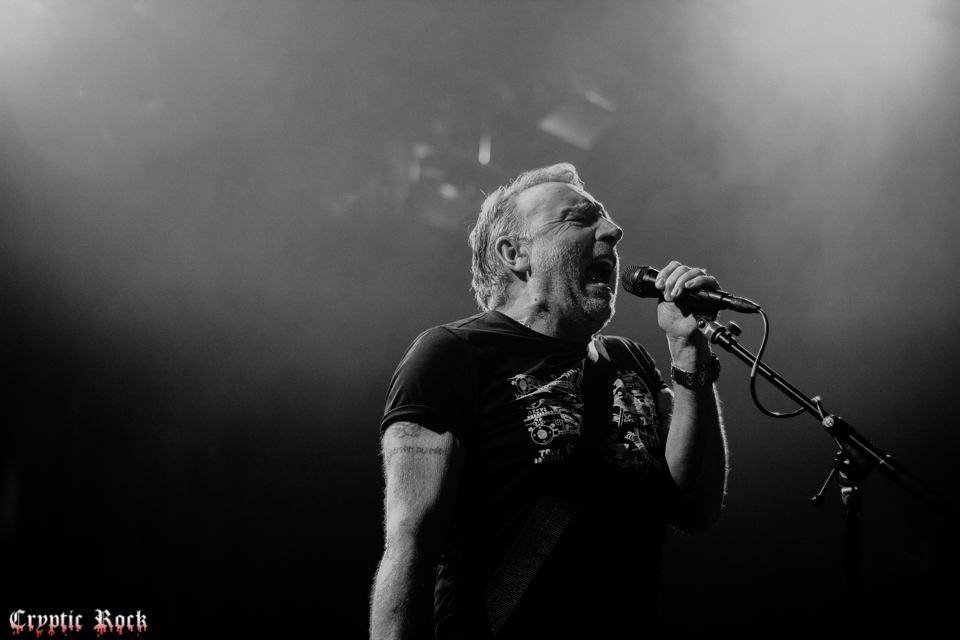 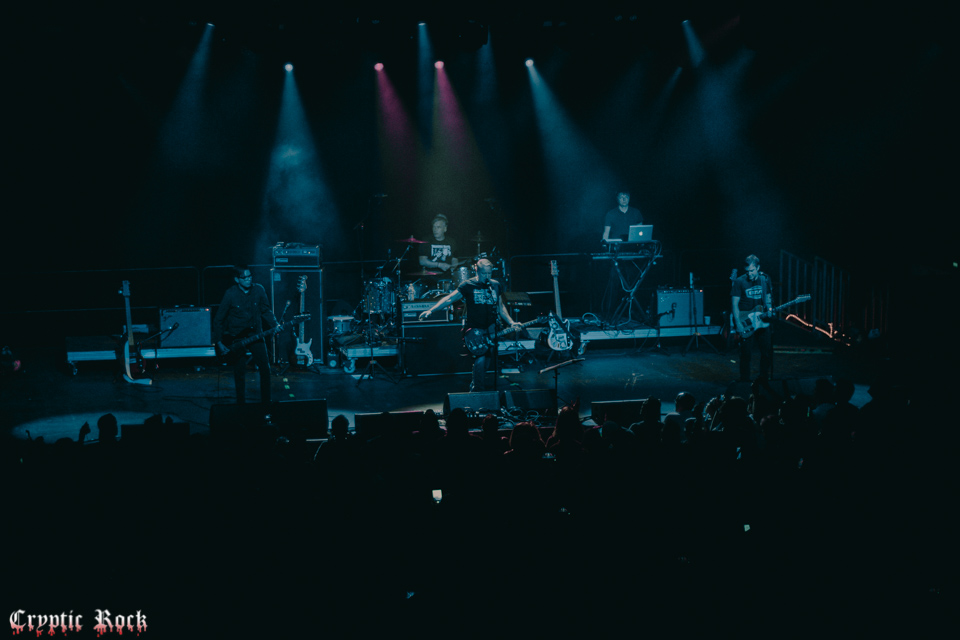 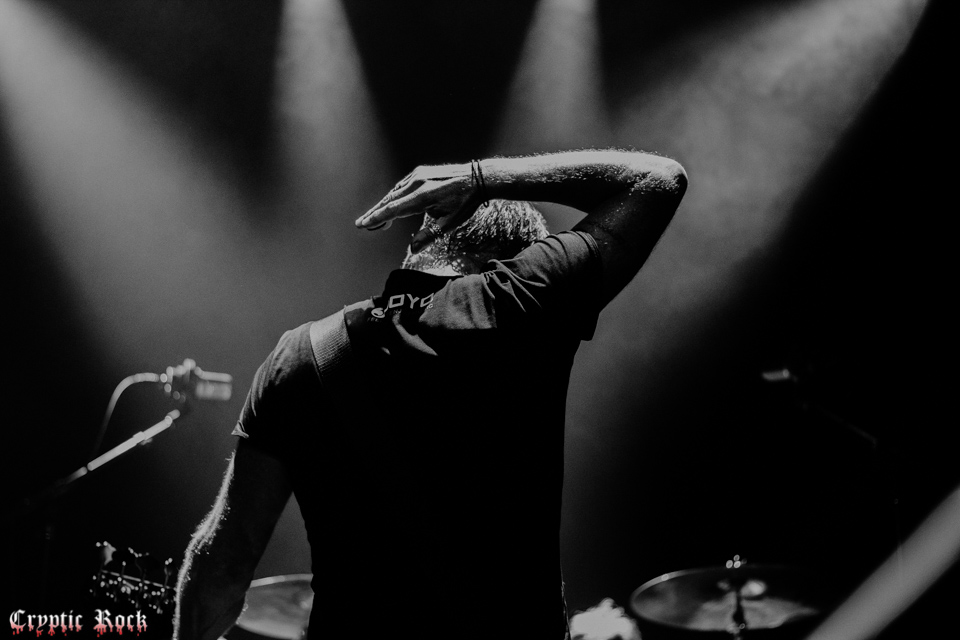 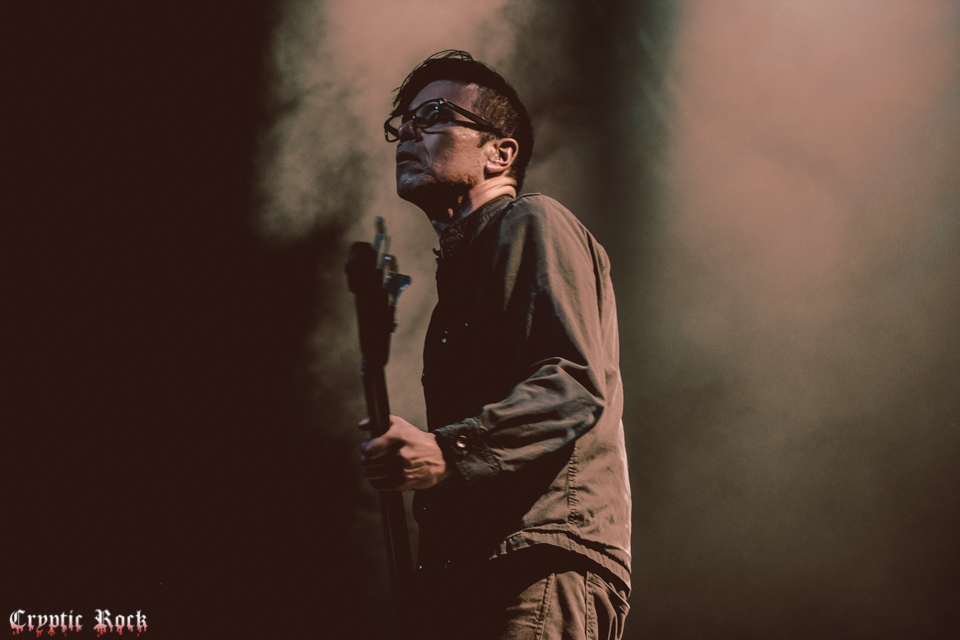 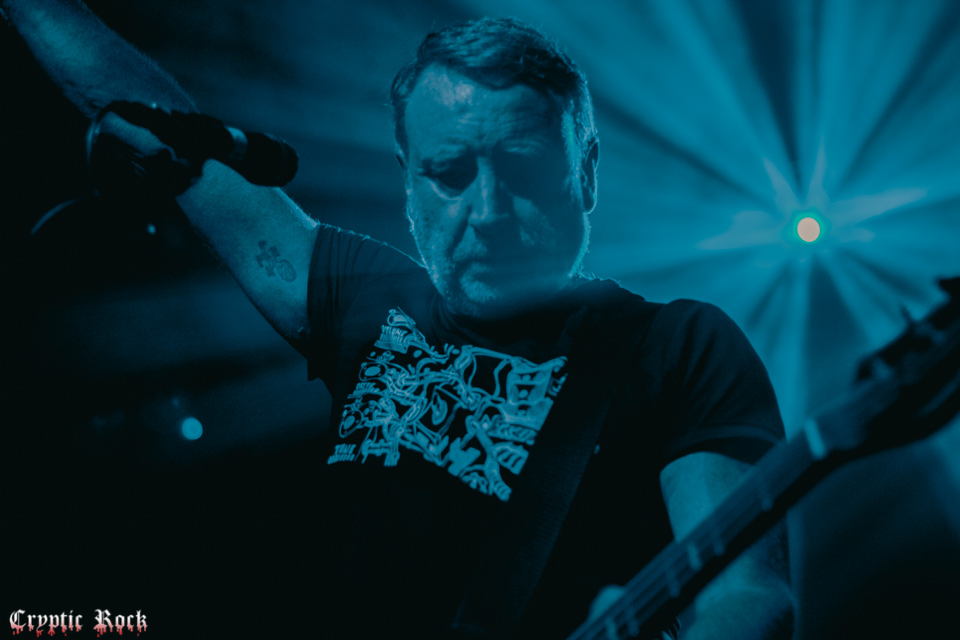