January 22, 2018 Phil Campbell and the Bastard Sons – The Age of Absurdity (Album Review) 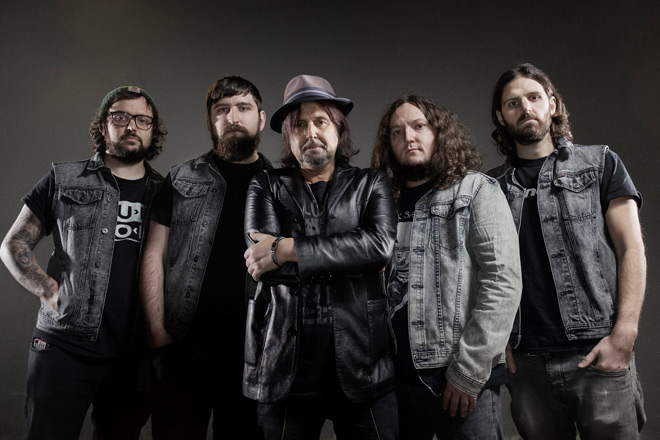 When Motörhead Frontman Ian “Lemmy” Kilmister died, in December 2015, most in the Metal world naturally grieved—not only for Lemmy but also for the band itself. Formed in 1975, in London, England, Motörhead was one of the pioneers and pillars of Heavy Metal music. It was enduring, relentless, influential, and prolific. Twenty-two studio albums in forty years! Not even its batchmate Iron Maiden nor the five-years-older Black Sabbath could top that. However, now that its leader has passed; and the remaining members had said that, without the sole founding member anymore, the band could no longer go on, what then is left in store for the English band’s legions of fans all around the world?

Phil Campbell and the Bastard Sons!

The two-year-old band is the new outfit of Philip Anthony Campbell, Motörhead’s Welsh-born guitarist from 1984 to its dissolution. The Bastard Sons are, well, his sons—Todd (guitar), Dane (drums), and Tyla (bass)—plus Neil Starr (vocals). They are unleashing their first full-length on January 26, 2018, via Nuclear Blast Records.

Titled The Age of Absurdity, Phil Campbell and the Bastard Sons’ upcoming album is sure to hook and take listeners for a fast motor ride not only fans of its parent band but also any Metalhead whose trip is light-speed tempos, blistering riffs, hard-hitting bass thumps, blast-beat drumming, and a bit of Glam and Blues and lovin’.  The quintet opens their set without much ado, as “Ringleader” thrashes its way from where Campbell’s erstwhile band had left off—relentless, neck-breaking, unforgiving. The mood changes swiftly with the, still fast but, Pop Metal–styled “Freak Show,” displaying Campbell and the bastards’ ability to transform from cunning, little devils to sweet, adorable angels and then back again in just a flick of a drumstick.

“Skin and Bones” is a trek to Groove Metal terrains, conjuring aural visions of Pantera (“Cowboys from Hell”) and Sepultura (“Roots Bloody Roots”); whereas the following “Gypsy Kiss” is a quick, dizzying ride onto a cliffside road. At barely two-and-a-half minutes, it was indeed a very short but deadly kiss. After this short dalliance with death and romance, the band then proceeds to greet the listener with “Welcome to Hell.”

The harmonica-adorned “Dark Days” is a change of style and pace, mashing up Country and Metal to interesting effects—a bit bluesy, a tad grungy; an apt mid-album icebreaker. Then, with “Dropping the Needle,” the band drops on the road the head of the rotör once again, reminding the listener where Campbell and his brood got their sonic genes.

“Step into the Fire” and “Get on Your Knees” come off on their own accord, showing that despite the inevitable danger of Campbell’s getting eternally associated with his former band (which he most likely does not mind, anyway), he could still rise up in his own skin whenever he feels that the occasion calls for it.

The penultimate track, “High Rule” then sneaks in ominously like a slithering snake from a rose-filled jungle only to rock out like a proper, pompous Glam Metal gun out into the paradise. Finally, the tight and cohesive revelry of Campbell, his sons, and Starr finishes off The Age of Absurdity dramatically and melodically with the engaging, no-nonsense, aptly titled Power ballad “Into the Dark,” where Starr’s haunting voice rather soars out of the dark and the guitar ad-lib leaves its memorable mark.

Campbell’s tenure with Motörhead may have consequently and understandably been severed after Lemmy died, but it did not mean that his own legacy had to also go with it. In fact, his being in a new band with his own sons has doubtlessly reinvigorated him; and vice versa, Todd, Dale, and Tyla are surely having the time of their lives by making and playing kickass music in a band whose leader is not only their dad but also the guitarist emeritus of a big name in the Metal legendarium. CrypticRock gives Phil Campbell and the Bastard Sons’ The Age of Absurdity 4 out of 5 stars. 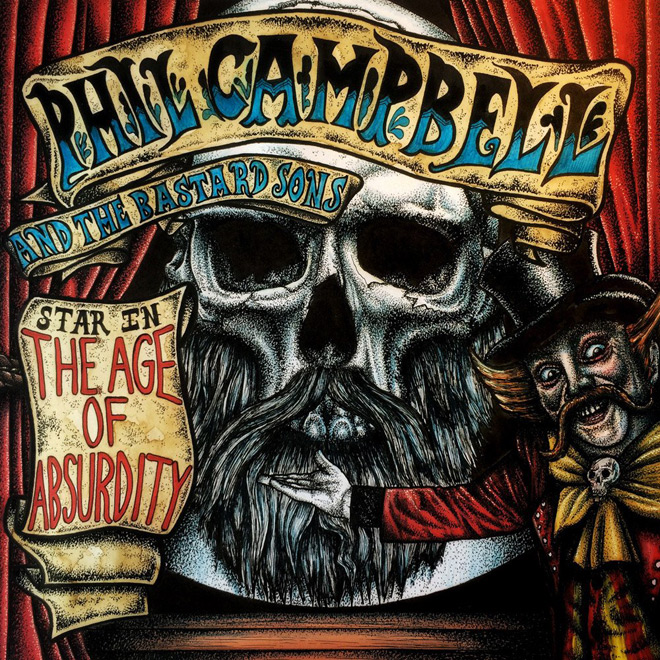 Purchase The Age of Absurdity: