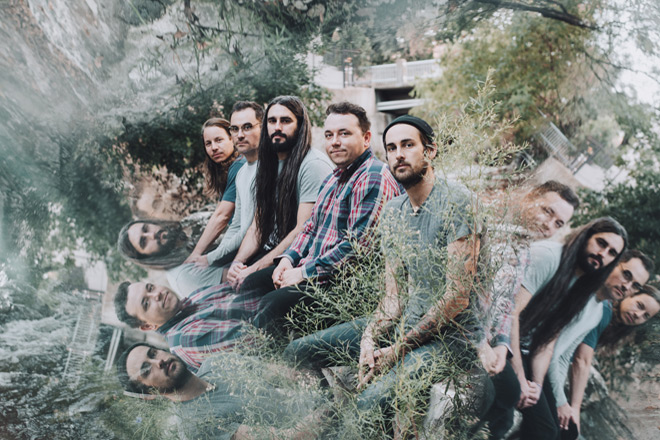 Representing Maryland, possibly raised out in Baltimore, is the Post-Hardcore/Post-Rock band Pianos Become The Teeth. Since the band’s start in 2006, many shows were played and many demos were passed around. After four years of hard work, Pianos Become The Teeth released its first full-length, Old Pride, in 2010. A second full-length, The Lack Long After was released a year later. While both albums showcase the band’s love for powerful, distorted-guitar work, rhythmic, mathematically-timed drumming, and emotionally-charged, scream-yelled vocals, it was The Lack Long After that gained the most attention. This is because the band upped its musicianship to a sonic bliss of beautiful chaos, laying out every single emotion for the listener to absorb and feel.

However, after a three-year hiatus, Pianos Become The Teeth’s third full-length, Keep You, was released in 2014 on label-giant Epitaph Records. During  this release, something was amiss. The music was softer, less in-your-face, easier on the ears. The earlier style of raw, energetic guitar work had given up on full-blown distortion—and the vocal style had exchanged its emotionally-fueled screams for soft, smooth sing-a-longs. “What the heck?!”—some fans may have yelled in their cars. “Who is this again?”—was what many fans were possibly asking aloud to their friends.

All this mind, the musicians within the band Pianos Become The Teeth have grown, matured, lived life, having then found new ways to express their emotions. This will be quite evident when listening to the band’s fourth album, Wait For Love, set for release on February 16th, 2018. Their fourth overall full-length album, it re-unites the band with Epitaph Records, and also with Producer/Engineer Will Yip: the very person responsible for having pressed the record button on 2014’s Keep You, and the very reason why the entirety of Wait For Love sounds ginormous.

So how does their return sound? The drums, thick in reverb, boom at every hit; the guitars sound dipped in liquid crystal from how clear every strummed chord and every plucked note comes through the speakers. The vocals are up close and personal, sounding as if each lyric were being softly spoken in the ear, while the head of the vocalist lovingly lies upon the shoulder of the listener. Will Yip perfectly captured the melancholy atmosphere coating each of the ten tracks on Wait For Love, using his imagination and mixing-board skills to get the job done.

Ten songs in total, Wait For Love starts right where Keep You had ended, closely sticking to that Anthemic Power-Rock sound heard on the latter, but what will be noticed is how Pianos Become The Teeth tightened its newfound sound with an iron grasp. This is proven in the album’s opener, “Fake Lighting,” which features Drummer Halik starting off the song with a slick rack-tom to floor-tom beat, sounding enormous as he strikes each skin without anyone there to guide his rhythm. After a measure, in come Guitarists Mike York and Chad McDonald, playing gorgeous, lightly-distorted riffs, as they perfectly complement one another strumming along to the beat. Keeping everything perfectly hugged together in a tone-rich blanket of sound is Bassist/Backing Vocalist Zac Sewell. His technique is calm, collective, and prominent.

Providing more of a faster tempo is second song “Charisma:” a fuzzily, distorted bass line starts the song before the rest of the instruments come crashing in, perfectly melding together to create one infectiously catchy tune. The same goes for third track “Bitter Red,” which could be a faster, catchier version of “Fake Lighting.” As the album gets a few tracks deep, the slower, moodier songs “Dry Spells” and “Bay Of Dreams” provide a few breathers for the listener, but when the resting is done, “Bloody Sweet” and “Manila” both pick up the tempo once more.

However, the one downfall to Wait For Love is that it suffers from repetitiveness after a while because, with each passing song, things start sounding the same, or similar, rather. The album gets to a certain point that may cause the listener to want something more. Of course a statement like that may not ring true for another person, but as an observation, it would have been nice to hear a different assortment of tonality.

Last, but not at all least, is Lyricist/Vocalist Kyle Durfey, who has come a long way since Old Pride and The Lack Long After. Durfey may have shelved the raw, emotionally-charged screams heard on those two albums, but in doing so, he re-invented himself, putting his voice to better use as he now sings his words through gorgeous melodies. On Wait For Love, though, one cannot help to want Durfey to get that beautiful voice of his out from behind the wall. This wall is blocking his raw passion and true emotions. Durfey seems stuck in one key throughout the entire album, and seems to have a limited range, which, after a while, can get a little monotonous. However, Durfey is a great singer with an engaging voice… but somewhere behind his shy voice box lies true potential waiting to be freed.

All in all, Wait For Love is a great—if not better—follow-up to Keep You. Pianos Become The Teeth have much history as a band, and have consistently grown from one album to the next showcasing two distinct versions of itself. For the many fans and many music reviewers out there, if it takes another four years before Pianos Become The Teeth releases another record, then all shall be waiting impatiently until that day arrives. For great musicianship and production quality, CrypticRock proudly rates Wait For Love 3.5 out 5 stars. 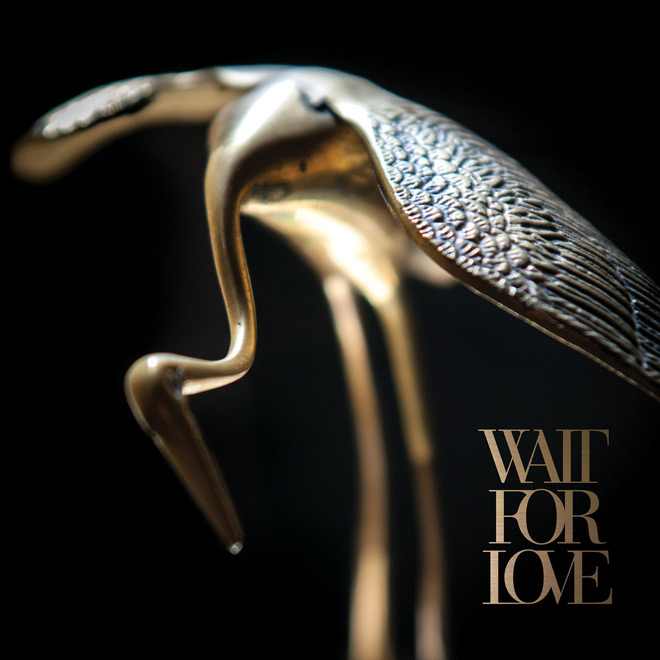