The Picturebooks – Home Is A Heartache (Album Review) 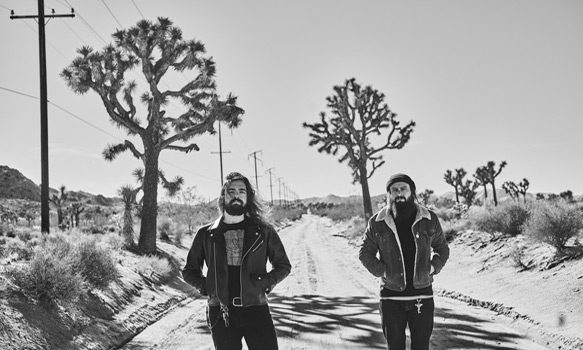 Rev up the motorbikes, wailing and loud German Blues Rock duo The Picturebooks are back with their sophomore album, Home is a Heartache. A follow-up to 2015’s raw powered debut, Imaginary Horse, Guitarist/Vocalist Fynn Claus Grabke and Drummer Philipp Mirtschink can add another string to their bow in the garage where the new material was recorded. A result of heavy touring across the US and Europe in support of their debut album, the music partners stated when they returned home from the lengthy excursion the music was just pouring out of them.

Released on March 10th via Another Century, there is a theatrical spirit throughout Home is a Heartache which lasts 14 songs in total. Kicking off with the 30-second mood setter “Seen Those Days,” the interlude is another nod to cinematic atmosphere and pacing. The cymbal-less drum kits, bells, homemade percussion, and overheating vintage guitars that The Picturebooks are known for fire-up next on “Wardance.” Here, Grabke and Mirtschink’s production harness an impactful chunk of the vitality in their chants. Bashing and plucking, The Picturebooks want the listener to hear every sound they can make and seem to be conveying the message an important value in music is something primal.

Moving on, title-track “Home is a Heartache” is supportive of the record’s subtle, yet valuable variation where Grabke’s vocal melody turns up the sweetness and introspection. The song is part of several more Pop-esque moments which lubricate Home is a Heartache and adds shape to its story. Then, “Get Gone” is arguably the album’s most populist moment with its infectious groove framing making it a strong ambassador for Grabke and Mirtschink raucousness.

As the album moves forward, one cannot help but make reference to the down home Blues side of Mississippi’s Fat Possum Records. A prime example, “Fire Keeps Burning,” in particular, puts one in mind of Fat Possum artists RL Burnside, Junior Kimbrough, and the Black Keys. Thereafter, the booming roadhouse Country of “I Need that Oooh” gives “Get Gone” a run for its groove money as the best of the record. This is before the album’s midway under-a-minute interlude “The Murderer,” which is another nod to a cinematic atmosphere and pacing.

Later on, “I Came A Long Way For You” features a guitar sound that seems to comes out of the basement and normalize somewhat, in an Alternative Rock sense. It is an enticing moment which proves that The Picturebooks can afford to be less bombastic and lean back on the songwriting. Additionally, a refreshing change in guitar tone is also heard on “Zero Fucks Given,” which leaves the listener with the endearing: “that’s how I’m livin’ / zero fucks given.”

Not to be overlooked, the bassline and drunken swagger of “Bad Habits Die Hard” place the song somewhere between The White Stripes’ “Seven Nation Army” and the rowdier moments of Tom Wait’s 1999 album, Mule Variations. Then, on penultimate tune “Heathen Love,” the band get deeper into their souls and Rock influences to showcase the richness in Grabke’s vocal. Finally, the lyrically sparse “Inner Demons” is a fitting close, or fade out, for a record that celebrates Rock-n-Roll mysticism.

Apparently, if traveling throughout Germany, one will come across part of a Louisiana swamp and two oily dudes on chopper bikes thanks to The Picturebooks. Amid the excitement, there is still potential, and Home is a Heartache is like a movie that ends leaving the audience yearning to find out what happens next. Those who see the band on their current Spring UK/EU tour in support of Monster Truck will encounter a band with a lot to say about the state of Rock-n-Roll in 2017. That statement, it is alive and well. CrypticRock gives Home Is A Heartache 4 out of 5 stars. 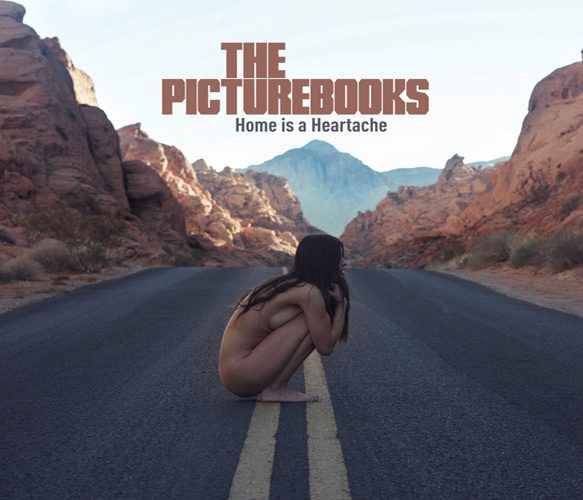