Pink Floyd: The Wall – A Cult Classic 35 Years In The Making

Sometimes music can be so cinematic it warrants a feature film. Known for their vivid lyrical content and out of the box approach to composition, UK Rock legends Pink Floyd brought audiences their epic concept album The Wall back in 1979. Immediately hailed as one of the best concept records of all-time, the film interpretation of the album was a natural next step. Pink Floyd: The Wall appeared only three years later in 1982. 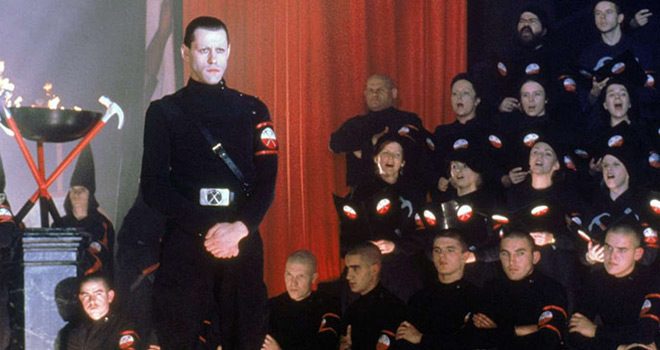 A concept years in the making, The Wall’s screenplay was written by Pink Floyd’s Roger Waters after he observed a growing isolation between the fans and the band as they became more successful. The film follows a burnt-out rock star named Pink played by Bob Geldof of The Boomtown Rats. Directed by Alan Parker (Angel Heart 1987, Mississippi Burning 1988), the surrealistic live-action/animated musical drama premiered at the Empire, Leicester Square, in London on July 14th of 1982.

Making its way across the globe, less than a month later it received a limited release in US on August 6th before a wider release on September 10th, where it was shown in over 600 theaters across the country while managing to #3 at the Box Office, falling right behind massive hits E.T. The Extraterrestrial and An Officer and a Gentleman. So just what is it that makes Pink Floyd: The Wall so effective and memorable, maintaining its firm grasp on its cult status even after three and a half decades?

A considerable amount of the intrigue has to do with the film’s themes, as well as its iconic imagery, which is mostly bizarre and occasionally disturbing. It adds an additional psychoanalytic layer to Pink’s personality, and without even adding dialogue, effectively summarizes his descent into madness. Who can possibly bring themselves to forget the troubling image of faceless schoolchildren being dropped into a giant meat grinder, accompanied by the tune of “Another Brick in the Wall (Part 2)?” This demonstrates the failings in the education system Pink was put through as a child.

Pink is mocked by his teacher for writing poetry during class (“Poems, everybody! The laddy reckons himself a poet!”), and is forced to endure corporal punishment for it. Like so many others before and after him, a traumatic upbringing has helped to shape parts of Pink’s psyche. The song, combined with the film’s narrative, make it very obvious as to why Pink fantasizes about seeing his classmates burning down the school and throwing his teacher into the fire during the same sequence. It serves as a potent social criticism of oppressive and abusive institutions prevalent in England at the time, and yet resonant with similar situations the world over. The viewer is meant to empathize with Pink, and his childhood flashbacks depict exactly why they should.

From a very young age, Pink has experienced difficulty finding a place in the world. His father, a British soldier during World War II, was killed in battle by the German High Command. This is shown at the beginning, synced to “When the Tigers Broke Free” (a song which is not on the album, but was appropriately added to the film). Pink’s lifelong yearning for a father figure is the root cause of his perpetual depression and the construction of his wall. 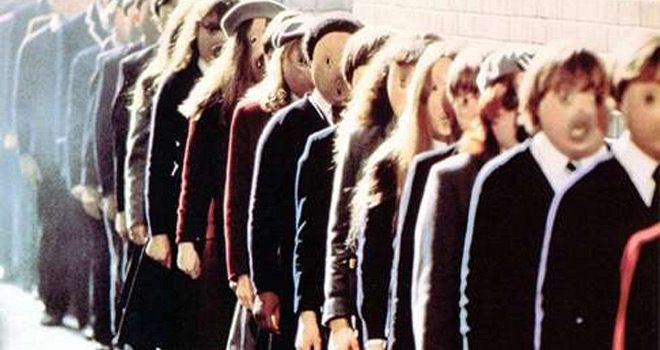 In another heartbreaking flashback sequence, Pink is again shown as a child arriving at a train station and seeing other Allied soldiers return to their families, but not his father. Pink embodies an obvious parallel to Roger Waters himself, whose father fell in February 1944 during the Battle of Anzio, Italy. This adds an undeniable layer of realism and sheer emotional depth to an otherwise strange and experimental film. Pink is the manifestation of an entire generation of children who never got a chance to know their fathers due to political circumstances which were beyond their control.

The theme of Fascism is particularly prevalent in The Wall’s third act, and, like the other themes in the film, is explored through haunting images. Pink ultimately suffers a complete mental breakdown and fantasizes about being a Fascist dictator at a Neo-Nazi-like rally. He is so detached from reality that he feels he has no choice but to, in his mind, engage in all the hate and violence which claimed his father’s life. He is surrounded by a theater full of angry young people and flags with goose-stepping hammers emblazoned on them. In this sequence, Geldof performs his own impressive version of “In the Flesh,” where the lyrics are replaced by his own vocals. It is a much angrier and more intense version than the one on the album, and fits properly, given the context of the scene.

During “Waiting for the Worms,” the viewer is given the iconic image of an army of animated red hammers marching in unison, each and every one of them no different from the other; all completely devoid of any sense of individuality. Despite having a clear anti-Fascist message, actual Neo-Nazis were used as extras during these sequences, adding a disturbing layer of realism to the climax. An actual white supremacist group formed in the 1980s even adopted the logo and dubbed itself “The Hammerskins.” The film is truly unique because it examines its themes without hitting its audiences over the head. This is achieved entirely through the combination of music and visuals. 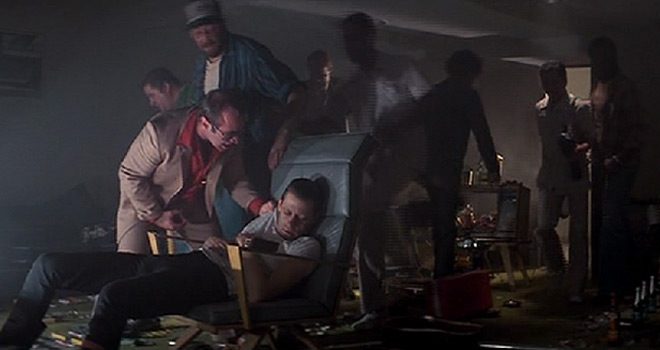 Although The Wall is a very intense film which might be difficult for some to watch, it does have resolution, like any compelling story should. During “The Trial,” Pink is depicted in an animated sequence as a marionette who is being subjected to harsh criticism and mockery by people from different stages of his life- the school headmaster, his protective mother, and his wife, who blames him for her own infidelity. The Judge sentences him “to be exposed before [his] peers,” and that his punishment is to “Tear down the wall.” The wall shatters, and despite all Pink has been through, he manages to break free. While not an overtly happy ending (nothing in the film suggests that there will be one), it is a very cathartic and necessary conclusion.

The impact of Pink Floyd: The Wall is still felt after 35 years due to its themes and imagery. It is a harrowing story of depression, isolation, withdrawal, and self-destructive coping mechanisms, which is granted exceptional emotional resonance by Pink Floyd’s music. It is ironic to think that it was originally supposed to merely include footage from the album’s live tour, but grew into something vastly more inventive. Oddly enough, the film’s creators seem to be the ones who like it the least as Park stated it was “The most expensive student film ever made.” Even so, the fans have made Pink Floyd: The Wall a cult classic, and they will continue to do so for another 35 years. 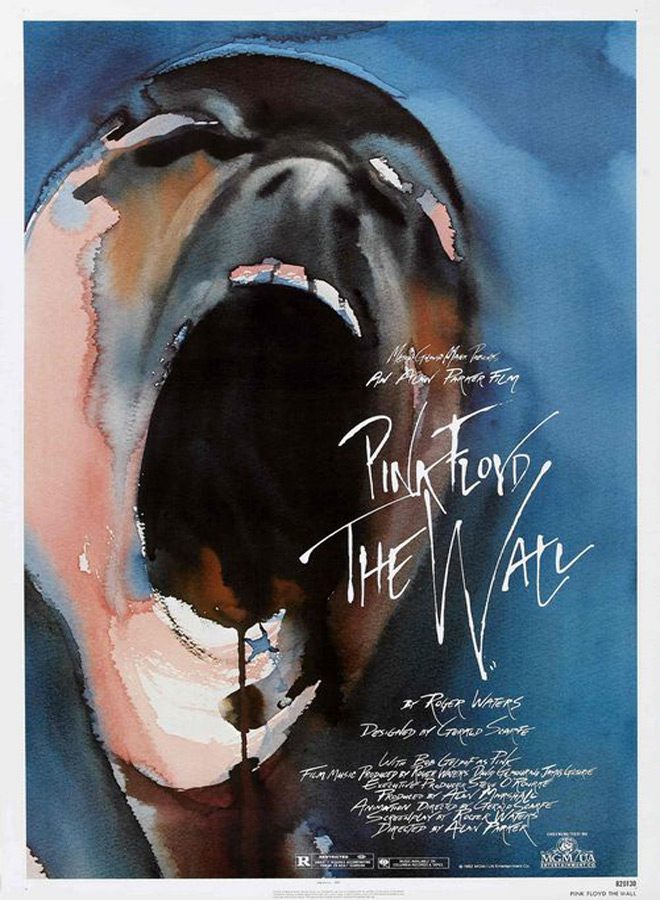