Directed by Joachim Ronning and Espen Sandberg, written by Jeff Nathanson and Terry Rossio, Johnny Depp (Edward Scissorhands 1990, Alice Through the Looking Glass 2016) reprises his role as the infamous Captain Jack Sparrow along with Orlando Bloom (The Lord of the Rings series, Troy 2004) portrayed as Will Turner. The film is a continuation of 2007’s Pirates of the Caribbean: At World’s End where Will Turner is cursed to the Flying Dutchman ship leaving his wife Elizabeth Swan (Keira Knightley: Pride & Prejudice 2005, Collateral Beauty 2016) on an island with their son.

Flash-forward 12 years, Henry Turner (Brenton Thwaites: Maleficent 2014, Gods of Egypt 2016) boards the Flying Dutchman to inform his father that he is able to break the curse and free him from the ship, which is at the Trident of Poseidon, however, Will doesn’t believe him and orders him to return home and never come back.

Henry is now older and is working on a British Royal Naval Ship. While on the ship, the captain and the crew discover a shipwreck of undead sailors, led by Captain Salazar (Javier Bardem: No Country for Old Men 2007, Skyfall 2012). Salazar leads his crew to kill all of the men on Turner’s ship, however, Turner is left alive because he knows of Jack Sparrow and Salazar wants to deliver a message to him personally that death is coming his way.

At the same time, Carina Smyth (Kaya Scodelario: The Maze Runner series, Clash of the Titans 2010), a strong astronomer and horologist, is sentenced to death but manages to escape and runs into Jack Sparrow, who is attempting to rob a bank with his crew. With Henry sentenced to death as well for committing treachery on the Royal Navy, she also runs into him and offers help to find the Trident of Poseidon, in return he helps them escape. All three of them escape on Jack’s ship, the Dying Gull.

Carina reveals to them a map that will lead them to the Trident. Captain Salazar teams up with Captain Barbossa (Geoffrey Rush: Quills 2000, Gods of Egypt 2016) to track Jack down and kill him. Jack has previous history with Salazar as he tricked him into sailing into the Devil’s Triangle in which his crew died and were cursed to remain undead.

Salazar finally finds the Dying Gull, however, Jack, Carina, and Henry manage to escape by boat, heading for land. Salazar and his crew chases them down, however, they are unable to set foot on land, prohibiting them from killing Jack. Barbossa does manage to meet Jack, but ends up helping them and breaks the Black Pearl and its crew out of the bottle which was trapped by Blackbeard.

The whole crew sets sails for the Trident of Poseidon, a small uncharted island. Salazar’s ship and the Black Pearl go head to head in a ship fight resulting in Henry being captured. Henry gets possessed by Salazar and attempts to kill Jack, but soon manages to come back to himself. He quickly realizes what he must do and destroys the Trident as well as Salazar and his crew return to the living. With Salazar’s intent to kill Jack, he is anchored by the Black Pearl with Barbossa and Carina. What will the final outcome be? 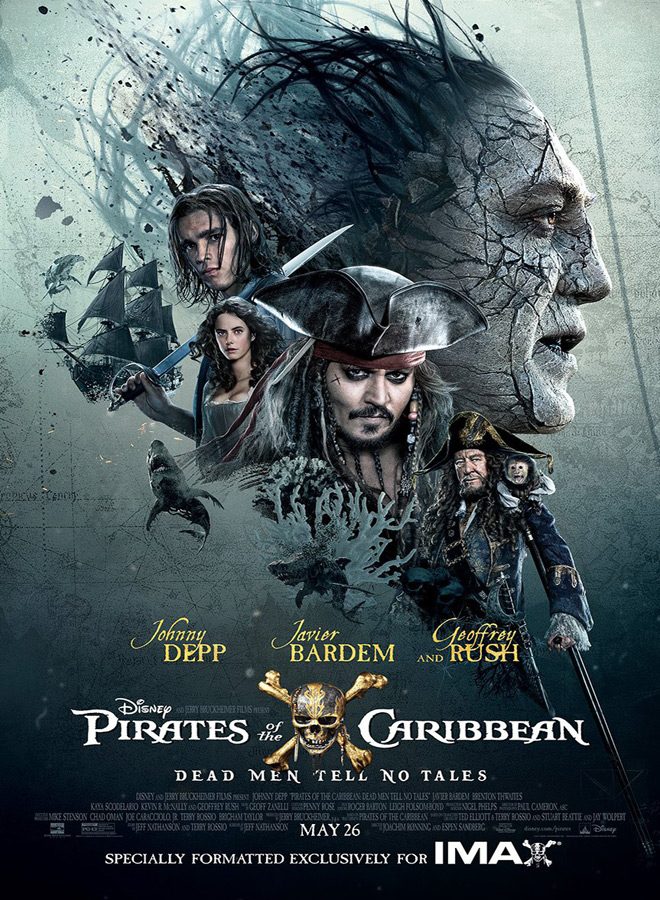