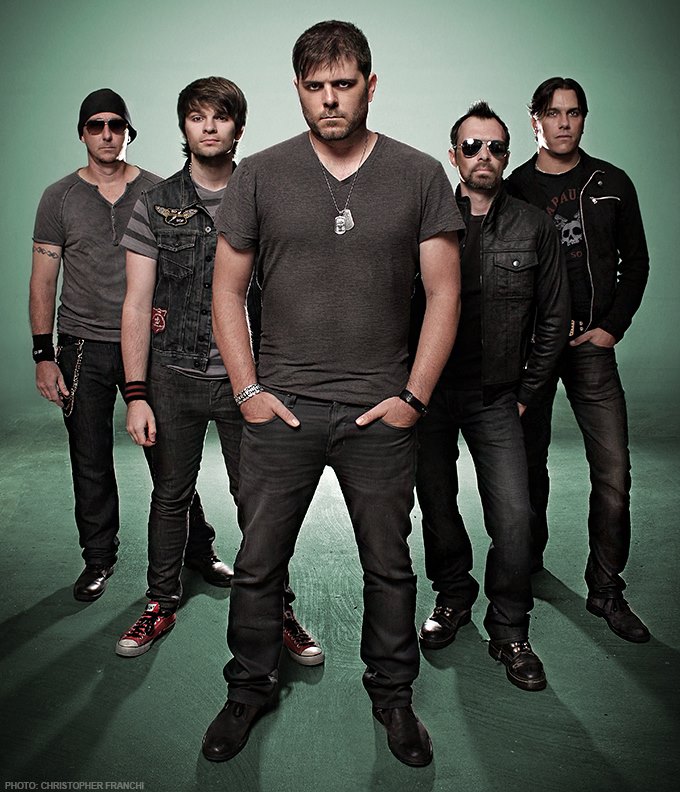 From the motor city, Detroit, MI, Pistol Day Parade are an upcoming hard rock act ready to explode. Coming together back in 2009, the band had a positive response to their debut EP, She Wants More. With their line-up of Fuller (vocals), Rob Banks (guitar), Guido (guitar), Jason Lollio (bass), and newest member Jason Hartless (drums), Pistol Day Parade found themselves signing with Gooba Music in 2013. With fellow Michiganians, producers Chuck Alkazian (Pop Evil, Trust Company) and Tim Patalan (Sponge,Lovedrug), the boys went into the studio to put together their first full length record Burn.

Upon first looking at Burn, with a sexually provocative album cover of a girl in lingerie, you may get the wrong impression of Pistol Day Parade. While the album has its share of party like modern hard rock tracks there are many more than skin deep songs here. Immediately following the upbeat opening of “Rockstars Girlfriend” things take a serious turn with “Where I Lay”. Fuller belts out emotion driven lyrics of lost love and all the feelings tied to it. A ripping guitar solo adds an element of 80’s rock to the track. A harder side of the band is shown on “New Life” where Fuller opens with an intense scream leading into a dark verse of guitar and personal angst. With additional guitars provided by TapRoot’s Steven Richards the song bleeds from the speakers. Keeping things dark and moody the album continues with “Angels on Fire” and “Not Today”. The music is straight forward and guitar driven, while there are enough catchy melodies to keep things interesting. On “Callous”, we are given a dynamic mix of guitar sounds with a pronounced bass line. The song is arranged nicely with a few key changes while Fuller continues pouring his heart out to the listener giving you a glimpse of his personal frustrations. The lyrical concept changes slightly on “Even When”, a love ballad confessing dedication to someone even in the darkest of times. After a series of heart on sleeve offerings things are lightened up with “Hollow”. Right from the opening the track has a guitar melody you cannot forget. Reminding you of a classic Iron Maiden guitar styling and tempo, Fuller rattles off a catchy vocal hook to seal the deal. Bringing the tempo all the way down, “Get Over You” is a slow guitar drenched showcase. Having put together an already well-balanced record, “Hollow” and “Better” are perhaps the most complete tracks of all. Laced with pulsing guitars, the stand out here are the invigorating vocals. Fuller’s raspy soulful delivery takes you on a roller coaster of passion showing you exactly how modern rock is done. Closing out the record is the introspective song “Down On Me”. Starting out merely with a guitar strum and vocals the sound begins to layer into a full sounding rock track.

Pistol Day Parade likes to classify themselves as American rock & roll. Burn justifies this through and through with a well-crafted group of modern hard rock tracks. The sound is straight forward while invoking deeper thought than your average rock tunes. While extremely solid there is definitely room for growth and it will be compelling to see where Pistol Day Parade goes in the future. CrypticRock give this album 4 out of 5 stars. 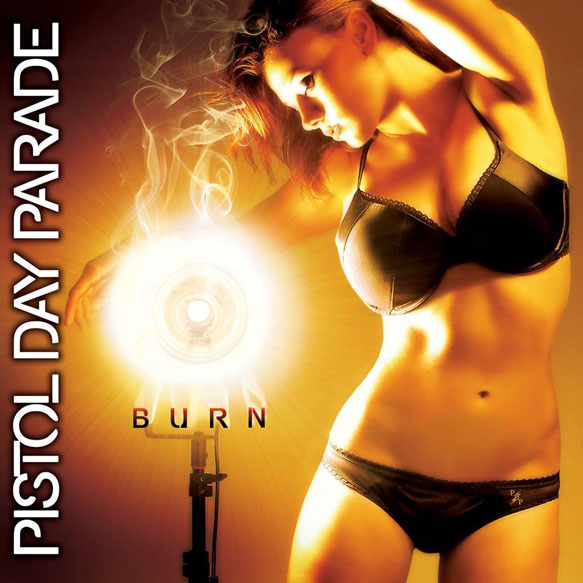