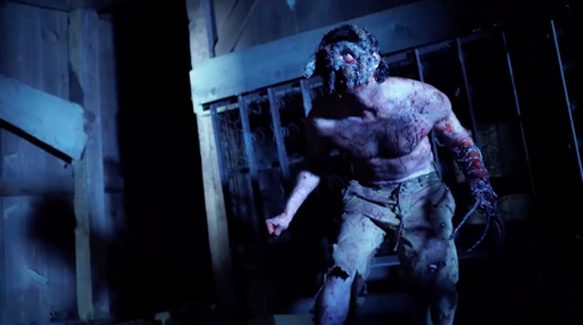 Made on an ultra-low budget in just 21 days, Pitchfork saw release in select theaters and on VOD as on Friday, January the 13th, 2017 via Uncork’d Entertainment. Out less than a week, it has already made headlines with taglines such as “I’m Gonna Hurt You Bad.”

The story begins with Hunter and his friends finally deciding to go to the countryside from NYC to visit his parents, hoping they will accept his coming out as gay. With the support of his friends by his side, they join him to help show his parents that being homosexual is not a bad thing. 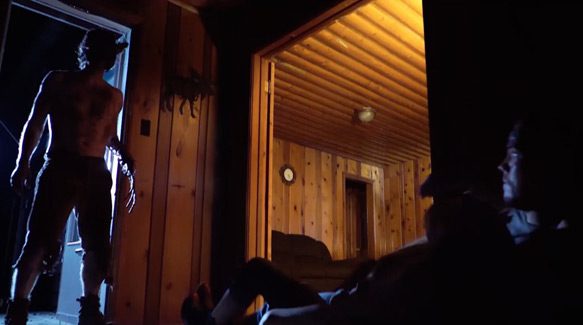 When they finally arrive at the Killian’s Farm, Hunter’s mom and sister are happy to see him, but his father may not be too happy about his arrival. Regardless, they welcome him and begin making preparations to throw Hunter a party, not knowing that there is a serial killer loose and is about to make their lives miserable. Trouble begins when two of Hunter’s friends are killed and skewered with Pitchfork’s “pitchfork” that is attached to his wrist. As more and more people start disappearing, Hunter believes that no one is safe.

Hunter and his remaining friends are running for their lives until, just like any other serial killer movie out there, the killer snuffs them out. Clare and Hunter are able to seek refuge in their neighbor’s house only to find out that his neighbors are crazy, if not crazier than Pitchfork, and that there are secrets beyond their understanding, especially after being drugged by the couple. Only a miracle can save them now, and that miracle can come in any form. 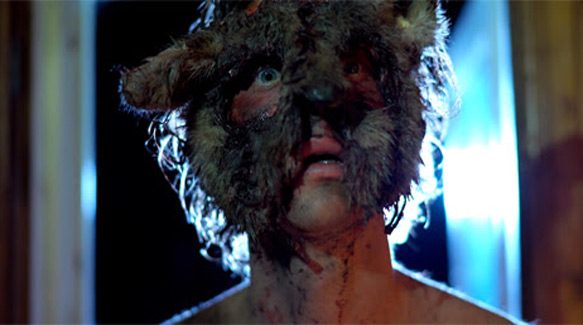 The reason viewers enjoy serial killer movies is not only because they are scary, it is also because serial killers do exist in real life as opposed to ghosts or demons. That said, Pitchfork demonstrates that those facts are very much real. Serial killers like Michael Myers or Jason Voorhees are legendary, and the character of Pitchfork is unique, with a dark backstory. Starting 2017 with Horror films like Pitchfork gives fans hope that it will be a great year for the genre. For fans of good old Slasher films, Pitchfork is well-worth checking out. CrypticRock gives Pitchfork 4 out of 5 stars. 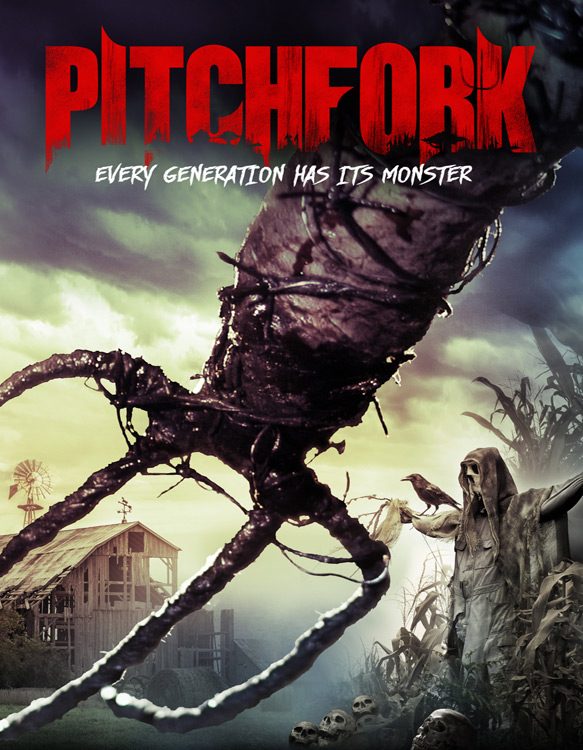