Five eclectic musicians got together, combined their styles, influences, and genius, and turned into one hell of a band, Planes. Coming out of Brighton, England, by the sea, where musicians seem to evolve from the ocean waves, it is no surprise. What is more than remarkable, is their newest EP, Hotfoot, released May 11th.

The lead vocalist and guitarist, Steve Forrest, was the drummer for Placebo since 2008. He recently chose to dedicate his creative efforts full-time to Planes, sadly leaving behind the band and friends. Along with Char O’Lette, (keys/strings/vocals), Ted Brunning (guitar/vocals), Ed Harris (drums), and Dan Sayer (bass/vocals), Forrest has made a wise choice. This band has proven that one can mix together many different genres, tastes, and experiences to create a true masterpiece; a work of eclectic art. That is what Hotfoot is; a painting of many styles, colors, and moods formed into a masterpiece of  music.

It has been a long hard journey for Forrest and the others. Many personal and professionals changes took place, including canceling one year of touring. It was during this time of cleaning the palette that all the creativity from each member of the band took place. More like a time of high artistry and expert collaboration that created the new EP, which consists of six tunes; twenty-eight minutes and forty seconds, of a fantastic journey into the heart and souls of these musicians. Each song differs so entirely from each other, that it is like visiting six separate vacation spots all within the parameters of this EP. There is a Western lope, a Latino sway, a hard-hitting percussion drive, a smokey Blues cafe, and a relaxing ethereal breeze that twists and turns with the beats enough that listeners will not be prepared to predict what is coming next….like a winding road to a musical adventure.

The band’s individual influences range from The Walkman, Arcade Five, Radiohead, Flaming Lips, Yes, Love, Fleetwood Mac, and undertones of a whole lot of Blues, to name just a few. It is evident that these Classical and Rock trained musicians know how to blend their styles well and each song starts out with a typical musical theme only to change midstream, then back again, and end with a new surprise. This band is also comprised of a sound engineer, producers, arrangers, as well as writers and musicians, and all are very involved in the making of this fantastic creative endeavor. It is no wonder it pieced together so well. Harris was once one of the last eighty on the show Britians’ Got Talent, at sixteen, and saw the hollow, exploitive side of the industry. This convinced him just how vital creative control is. His feeling was, you lose it and the band will lose its soul.

Leading into Hotfoot, “Summer Breeze” has an even, bluesy feel with just the right amount of background vocals and the strong yet gentle flow of the lead vocal. It all comes together with ups and downs and pieces together with a climatic end. “Tiny Spaces” shows the Electro/Techno influences of the band earlier on. The heavy percussion, strong heartbeat of the drums mixed with the Techno beats is a good mix. The ups and downs are evident in this piece as well, like a roller-coaster, especially after a loud percussion mix blends into a softer vocal and then into a single drumbeat as the guitar comes in to underline it all perfectly. Then “Ole’,” also a single, is the homage to the Latin beat. The typical Spanish sounding percussions make way to a slower transition from a hip swaying wave to a single vocal and drumbeat, slowing down the dance and once again, transitioning into a new mood. Attention is brought to the background vocals and the repeated verse, “I’m good at falling down, so get up, so get up, so get up.. hey! hey! hey! Get up already people!”

Moving along, “Tex,” predicting by its name, was a Western/Country mixed beat that started with a strong guitar singing to a country blend of chords that melted into an orchestrated mix that worked surprisingly well. Then, back to a heavy guitar and strong drums, the song once again will have the listener wanting a beer and a pair of Tony Lama boots. Planes likes to fly in and out of the clouds, losing the listener for a few seconds and their grounding. The song “On My Own” has a more, earthy, Folk feel, but still underlined by the strong drums and guitar in many places. The harmonies were especially well done here, moving to and fro like waves in the ocean and complementing the lead vocal nicely. This particular song was reminiscent of James Blunt’s style and a little like the old timer, Al Stewart; nice cool sounding vocals. The final song, “Wait it Out,” starts with pronounced keyboards, the only song to do this on this album. Soft vocals, easy and ethereal sounds, with a definite relationship to that classical style learned by the members. Again, the harmonies were placed and interacted perfectly with the lead vocal and the instrumentation. There was still some ups, downs, and curves in the road, but much less than the other tracks.

With Hotfoot, listeners will constantly keep guessing where Planes is heading musically was intriguing, surprising, and very unlike the typical alternative sounds today. Some may actually feel a little nostalgic while listening, as Planes will transport them, temporarily, to another time and place, when music was an inspiration of eclectic moods, sounds, experiences and training. Although, music out there is mostly quite wonderful, the art of blending sounds, such as on this album, has been lost to quite a few, but not to these musicians. They can be compared to the more recent Soundgarden and hints of Fleetwood Mac, mixed with Gavin DeGraw-like vocals and a little Blunt thrown in with Al Stewart. Quite a mix done well.  Apparently the year off due to bad schedules and distance paid off very well for Forrest. The unique style of this band can be equated with their unique ability to allow each other that freedom of creative expression that, combined, made this painting of multi colors and mediums, a real mixed palette of art. In this case, the masterpiece was eclectic sounds with a sigh of relief; a great example of how things can come together for good. CrypticRock gives Hotfoot 5 out of 5 stars. 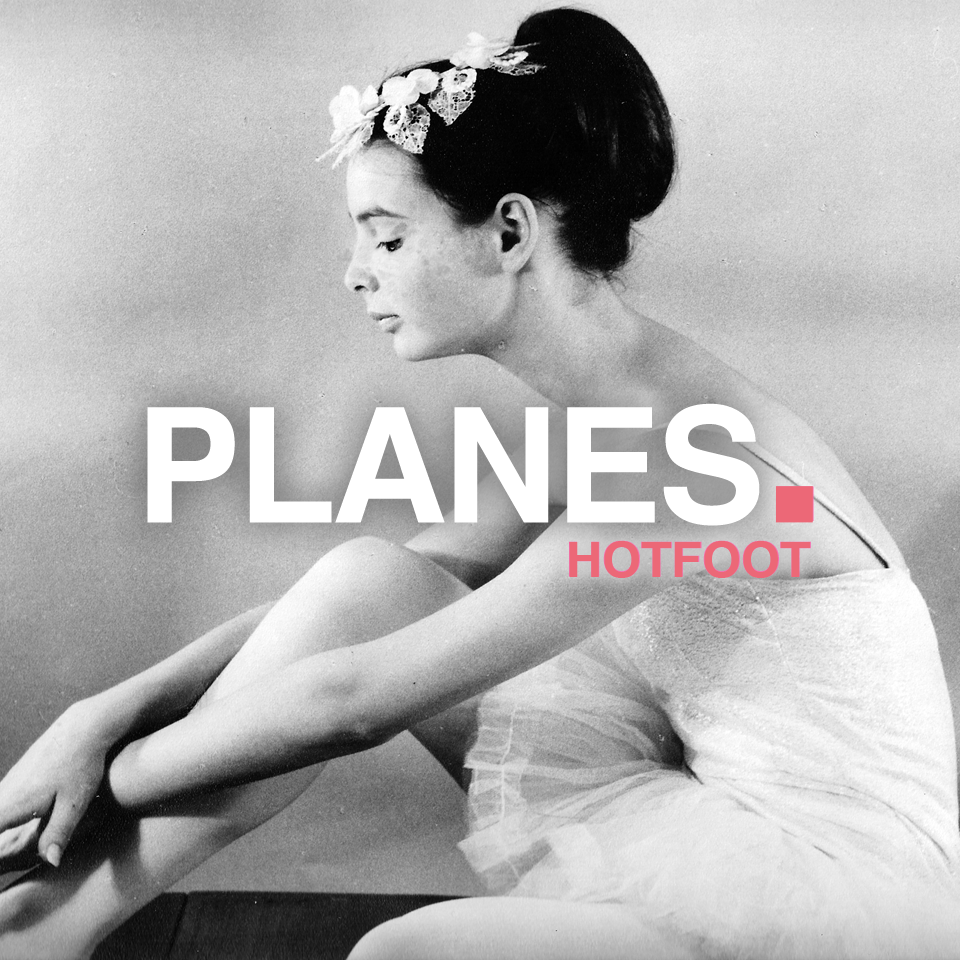