Well, how far would someone go to make a movie about a real-life incident that was as horrific then as it is today? The real question is why anyone would want to re-enact such a thing, period.

Enter now a movie titled Playground, aka Plac Zabaw, that comes from the mind of Polish Writer/Director Bartosz M. Kowalski (The Red Spider 2006, A Dream in the Making 2012). Released on VOD on December 8, 2017 through Uncork’d Entertainment, Playground re-tells, and reminds many who have suffered, the real-life death of a three-year-old child at the hands of two young school boys back in 1993. Kowalski forces the audience to watch the entire 80 minutes of his movie that many people not familiar with such an incident are subjected to complete exploitation of a horrendous act of evil. An Art film? For shame. 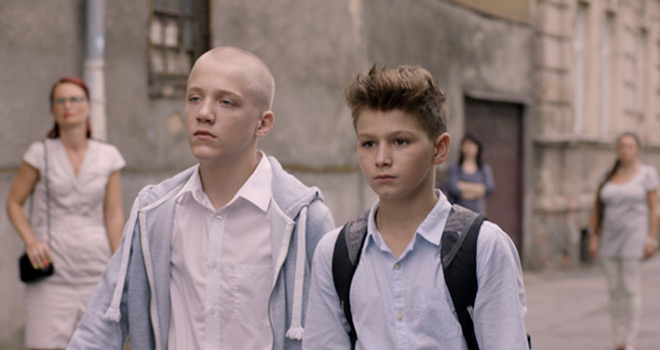 Playground starts off strongly, introducing three characters as they ready for their last day of school before Summer Vacation starts. This is done in chapters, beginning with Gabrysia (Michalina Swistun: debut), a young girl in-love who has plans to announce it to her crush after school. Then, the following two chapters are dedicated to the murdering pieces of trash: Szymek (Nicolas Przygoda: Panic Attack 2017) and Czarek (Przemyslaw Balinski: debut).

The audience has to suffer a long-winded build of tension—or so it may seem—that leads the viewer to think something else is afoot when each kid attends school. For some strange reason, Kowalski has the audacity to make it seem there may be a school shooting of some sort, or that something of horror is about to occur during a school assembly.

Although, this is not the case; for as the story keeps going, Gabrysia announces to her crush—Szymek!—how she feels, doing so in a dilapidated building known as The Ruins. Szymek, being a punk-ass loser, brings along his stupid friend Czarek, where, after poor Gabrysia is ridiculed for asking Szymek on a date, the two boys taunt the living hell out her; sexually abusing and harassing her, as well. Kids do this?

Another question arises!—what was the point of this? There was none. It was just a time-waster, pushing the running-time longer than it had to be, and possibly scarring Actress Swistun for life. I guess Kowalski wanted to show that these two twerps were mean, and… capable of murder? 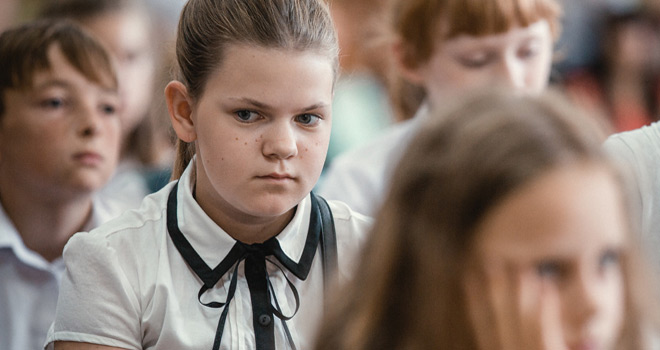 As Szymek and Czarek go about their day, they arrive at a mall, where they walk away with an unattended three-year-old child, taking this kid to a railroad track where they brutally kill him. This is done all in one take, the camera many, many feet away, and one quick time-lapse fade where the real child becomes either CGI, or a mechanized doll. This may have been Kowalski’s idea of being “sensitive” to a true-life crime as the audience waits and waits and watches.

There is a plus-side: Playground is beautifully shot, and the actors are exquisitely trained, especially being this as a first movie for all three actors. Their performances are what keeps the viewer glued to the screen. However, the feeling of being stuck in this mucilage-state will make one wish to rip out his or her own eyes from the sockets at how insensitively gruesome and stupidly-long Kowalski decided to end the film.

Maybe this reaction of ire is what Kowalski begged from his audience. Like many other films “re-enacting” a real-life incident (see Gus Van Sant’s overrated, unnecessary, and equally exploitive 2003 film Elephant, for instance), there is no need to make a movie about it. Furthermore, nor is there any real reason to show what happened in the brutal matter in which Playground so un-humbly exploits. This may be for the sheer pleasure of the director—in this case: Kowalski, who thinks that showing the audience this on-screen brutality is actually a form of art while getting a nasty reaction from the audience.

The interesting thing is Playground would have been better had it been a Documentary—a genre for which Kowalski is better known, such as 2015’s Unstoppables, and 2012’s A Dream In The Making. Kowalski is a great Director; this is a fact, and it shows as Playground runs through its minutes from the atmosphere in which he evokes, utilizing gorgeous scenery and lush backdrops to help tell a dark and dreary story.

Playground has its moments of greatness—wonderful  cinematography; amazing set-designs; awesome actors, throughout—but as the movie progresses, it makes one to wonder what the point ever was of the first 70 minutes. There is never a notion that these two are going to kill a kid, but Kowalski seemed to have thought there was—somewhere in his script. Apparently, during a screening of Playground, people in the audience removed themselves from the theatre after watching the long-winded ending. This could be said for anyone who had to endure such an atrocious on-screen exploitation of a parents’ nightmare. 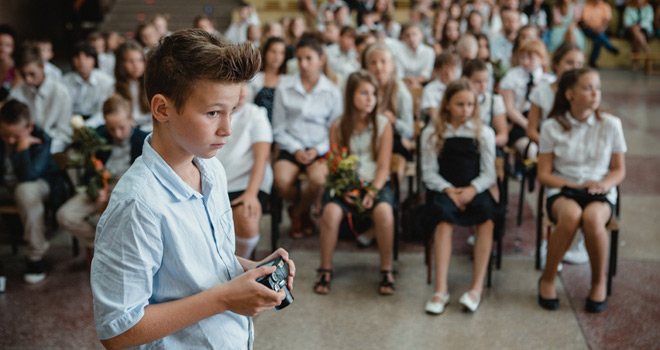 It is hard to be objective here without the feeling of morality overcoming the senses of the body, or feeling the pain of loss for the family who had suffered at the hands of two kids. There is no message in Playground—not a single one, whatsoever. Although, to be fair, with a great cast, some wonderful camerawork, and strong direction from Kowalski, CrypticRock gives Playground 2 out of 5 stars. 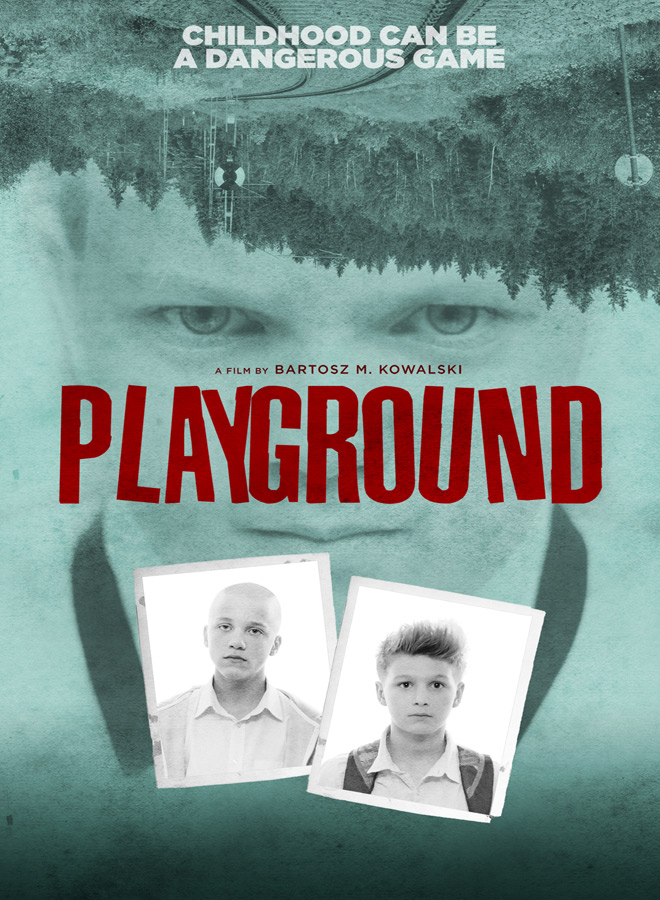