The Plot In You – Dispose (Album Review) 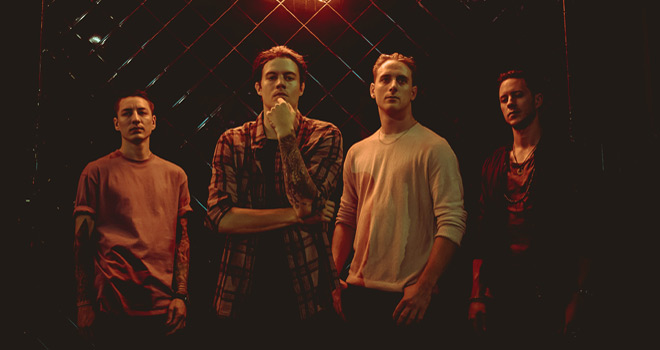 Well, it is not every day that truly great things come out of Ohio, but The Plot In You are here to stomp all over that very idea with their latest offering, Dispose, which arrives Friday, February 16, 2018, thanks to Fearless Records.

Formed in, yes, Ohio, in 2010, The Plot In You (originally known as Vessels) are composed of former members of Before Their Eyes and MyChildren MyBride. They wasted absolutely no time in kicking off their impressive musical career, releasing their debut full-length, First Born, in 2011, before going on to further dish up 2013’s Could You Watch Your Children Burn and 2015’s Happiness in Self Destruction. Lineup changes were unavoidable, though as the band built a name for themselves and soldiered onward, they came to share stages with the likes of Whitechapel, Blessthefall, Miss May I, Like Moths To Flames, and iwrestledabearonce, amongst many others.

Ready to kick off 2018 with an emphatic bang, The Plot In You – Vocalist/Lyricist Landon Tewers, Guitarist Josh Childress, Bassist Ethan Yoder, and Drummer Mathis Arnell – return with their fourth studio offering, Dispose. The ten-song disc was co-produced by Drew Fulk (Motionless In White, Cane Hill) and Tewers, and is already represented by three stellar videos – each directed by Drummer Arnell – that feel like wonderfully artistic films and not just simple music videos. They, like Dispose, are definitely worth your time!

Dispose begins with the genuine grit of “Rigged” (“They told me I’m too much to handle”), which possesses an underlying drumbeat that pounds like that of a frantic heart. For his part, Tewers offers up some seriously impassioned grit in his emphatic growls and a bleeding sincerity to his clean vocals; much like all of the band’s material, in fact.

One of the group’s stellar video offerings, “Not Just Breathing” (“I’m just trying, I’m just fighting to say I’m alive”) is a whirlwind of bitterness in the face of a relationship destroyed by a lover’s disaffected nature. For many of the Warped Tour set in 2018, the discussion of apathy and complacency in our society feels like a scripted device: words that ring hollow and disingenuous from the lips of a yet another band attached to puppet-strings. Rather, for The Plot In You, there is a frankness behind these words: we believe that they have lived, they have loved, they have endured. The end result is a song that pummels the feelers and sounds like a young headbanger’s delight.

The Ohio quartet display more massive, multi-layered sonics on “One Last Time” (“And if tomorrow I don’t wake up, just know I really tried to make the best of your forgiveness”), while Tewers embraces the uppermost reaches of his vocal register on the falsetto “I Always Wanted to Leave” (“Some days I wish that both my lungs would cave”), a ballad-esque offering that confesses a need to divest from a destructive relationship. This leads the boys to the utterly addictive “Feel Nothing” (“Are you not sick of playing games?”), another heart-stirring avowal crafted to tug its listeners from their apathetic facades. If you want to know what The Plot In You is about, download or stream this song and you won’t regret it!

The largely instrumental ode to Schadenfreude, the ironically-titled “Happy” (“I think I’m happy knowing you aren’t”) leads the band into uptempo rocker “The One You Loved” (“So I chase you / Just to be shot down and never break through”), where they shake up their sound a bit with fewer grungy distortions and a more straightforward approach. Meanwhile, we find that it is difficult to walk away unscathed in “Paid In Full” (“You’ve always known that I never show where my head’s at ’til it’s gone”), and go for a gentler sonic approach on “The Sound” (“There was a time when I brought light to your eyes”), where they employ horns to create a melancholy, rainy evening revelation.

They end with the languid build of “Disposable Fix” (“It’s just a show and I’m the one that takes the blame”), a culmination of all their earlier tracks, an offering that tackles the ideas of lust and love, immediate gratification and permanence. It is a truly solid example of a collection that offers up an abundance of personal struggles – from relationships and apathy to immediacy and eternity – that bleed out of Tewers’ gruff yet stirring vocals to weave sonic explosions that will delight your ears and build a home inside your tormented heart.

Dispose is an album that weeps its little heart out onto the floor, holding nothing back in its intimate and straightforward approach to songwriting. The sound here is massive, eking through multiple, heavy layers to craft meteoric backdrops for Tewers’ outspoken divulgences. While The Plot In You might not be rewriting musical history, sure, they are offering a much needed sincerity to 2018 that has fallen by the wayside in a world of recycled and formulaic offerings. For this, they are unique. For their honesty and integrity as songwriters, they are superb. For both of these reasons, CrypticRock give The Plot In You’s Dispose 4.5 of 5 stars. 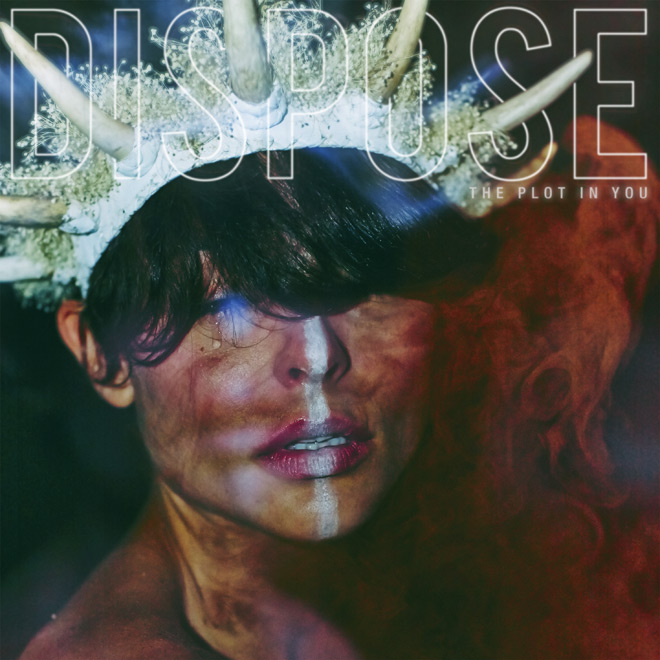